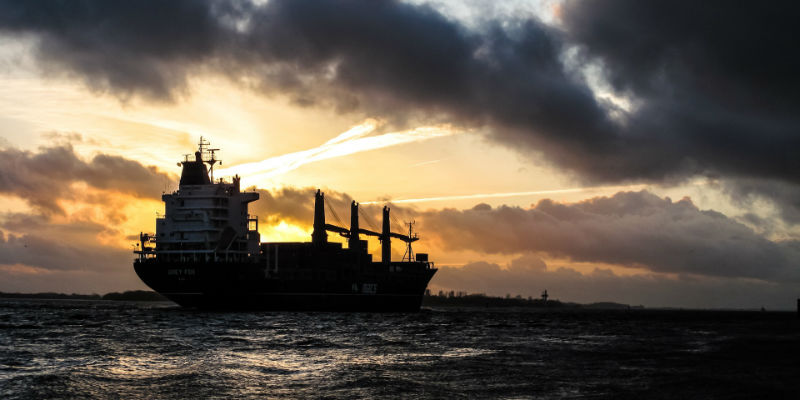 An Author Explores How Crime Thrives on the World's Oceans

The world’s oceans cover seventy-one percent of the Earth’s surface. Every day, more than fifty thousand merchant cargo ships crisscross those waters, joined by countless other passenger liners, ferries, tugs and fishing boats. At any given time, tens of thousands of sailors find themselves on the high seas, well out of sight of land and any of the modern conveniences we take for granted—and far removed, also, from any practical rule of law.

As the descendant of commercial fishermen, and a former fisherman myself, I’ve always been drawn to the sea, and as a crime writer, it’s not hard to find inspiration in this lawless frontier. For my latest novel, Gale Force, I drew from the real-life capsize and subsequent salvage of the cargo freighter Cougar Ace, hundreds of miles from land in the frigid North Pacific. Salvaging ships is a high-stakes, gold rush, winner-take-all game with hundred-million-dollar prizes, but when it comes to drama at sea, it’s only the tip of the proverbial iceberg.

Piracy, for instance, is not just for swashbuckling Jack Sparrow-types in tall-masted sailing ships. Off the coasts of Africa and Malaysia, pirate teams with assault rifles and high-powered go-fast boats operate from slower mother ships, targeting the crews and cargo of the world’s largest cargo freighters and oil tankers for million-dollar ransoms. And unlike in past times, where the targets of piracy often sailed with cannons and small arms themselves for defense, the world’s modern merchant navies are by and large expected to defend themselves with fire-fighting hoses and electrified deck fences, and, if they’re lucky, a hired mercenary guard or perhaps a naval coalition warship that happens to be nearby.

As the hijacking of the Maersk Alabama—the case on which the movie Captain Phillips was based—illustrates, often times that help isn’t close at hand, and ships’ crews find themselves at pirates’ mercies.

Piracy is big business in countries like Somalia, where ineffective law enforcement coupled with dwindling fish stocks and lucrative offshore shipping lanes combine to create opportunity for mariners who might otherwise starve. And in the Strait of Malacca where 25% of the world’s traded goods pass between the Indian and Pacific Oceans, highly coordinated and well-funded teams of pirates have been tied to terrorist organizations including Al-Qaeda.

The Strait of Malacca is relatively small, and of such vital global economic importance that multinational naval task forces have been able to stem the growth of piracy in recent years. And off the coast of Africa, Western naval coalitions are assisted by teams of heavily-armed private contractors—often former special forces soldiers—who live aboard mother ships of their own until hired to protect the cargos of the most well-heeled shipping lines.

But the world’s oceans are vast, and it’s impossible to regulate every piece of ocean, or even a fraction of the vessels that sail upon it. And it’s not just piracy that’s the problem.

But the world’s oceans are vast, and it’s impossible to regulate every piece of ocean, or even a fraction of the vessels that sail upon it. And it’s not just piracy that’s the problem.

You’ve probably heard people joke about how in international waters, “anything goes.” There are no laws, is the common belief; you can do as you please. And while this isn’t technically true—beyond a twenty-four mile limit from a country’s coast, you’re bound by the laws of the country whose flag your ship is flying—in practical terms, it may as well be.

Since the middle of the last century, a majority of the world’s cargo and passenger ships have been registered not in the countries they serve, but in so-called flag of convenience nations like Panama, Liberia, and the Marshall Islands. This is done for a variety of reasons—tax avoidance, for example, or to take advantage of more lenient labor, safety, and environmental laws—but the end result is that most of the biggest vessels traversing the world’s oceans every day fall under the jurisdiction of tiny national bodies whose authorities are often incapable of or even unwilling to enforce their country’s laws. As a result, crime on the high seas goes unchecked, unreported, and unpunished.

“We don’t know or care who owns the ships or whether they’re doing ‘white’ or ‘black’ business,” the Cambodian Ministry of Public Works and Transportation admitted, after ships of its registry were found smuggling drugs, embargoed oil, and even people, at the turn of the millennium.

In 2006, a woman aboard a Royal Caribbean cruise ship reported that she’d been raped in her stateroom. She was an American citizen who’d boarded the ship in Los Angeles, but the vessel itself was Liberian-flagged and in international waters; jurisdiction, therefore, fell to the Liberians. The case and nearly seventy similar instances of alleged rape aboard the cruise line around the same time were never successfully prosecuted.

In the olden times of sail and the Royal Navy, men were often shanghaied or impressed into service aboard ships, by means of intimidation or violence. Sadly, this form of slavery hasn’t disappeared with the passage of time; it’s just migrated east. The rise in flag of convenience registration has seen shipping companies eschewing skilled North American and European labor in favor of cheaper workers from countries like the Philippines, where illegal “manning agencies” trick the nation’s poor with promises of high pay and steady work and then sell them to unscrupulous captains who work them literally half to death, and then beat and starve them the rest of the way there.

Article continues after advertisement
If crime fiction serves partly to call attention to society’s injustices, inequalities, and exploitations, then the high seas are rife with material.

When you’re stuck on a small ship a hundred miles from land, the captain is the law—and dissenters and malcontents have a way of disappearing, falling overboard, or otherwise encountering tragic ends.

As exploitation is driven by greed, so too is illegal poaching—and poaching is just as hard to fight. It’s no secret that the world’s marine wildlife stocks are being dangerously depleted, both by pollution and rampant overfishing. But no matter how many rules are signed into law by environmentally minded countries, there are simply too many fishing captains who simply don’t care, and far too much ocean to cover.

In the winter of 2014-2015, two vessels of the conservation group Sea Shepherd pursued the illegal fishing vessel Thunder more than ten-thousand nautical miles from the Southern Ocean near Antarctica to the west African coast, a slow-speed, high-seas chase that lasted 110 days. The Thunder had been harvesting massive quantities of toothfish, a protected species, before Sea Shepherd’s two boats, the Bob Barker and Sam Simon, intervened.

The conservation group, whose slogan is, “If the oceans die, we die,” harassed the Thunder’s captain into abandoning his nets, and then chased him from the bottom of the world to the Nigerian coast, where the crew of the fishing vessel finally gave up and scuttled their ship, letting it sink in more than two miles of water and taking most of Sea Shepherd’s evidence with it.

Still, the Thunder’s sinking was a rare, high profile win—rare not just for being a win, but for gaining any profile whatsoever. So many of us take our oceans for granted, but so much of what we value in our lives depends on the oceans and those who sail across them, on some form or another. We may not think of crime when we see a ship setting out to sea, but there are crimes taking place beyond our horizons. And if crime fiction serves partly to call attention to society’s injustices, inequalities, and exploitations, then the high seas are rife with material.

Owen Laukkanen is the author of the Stevens and Windermere series, beginning with The Professionals, which was nominated for the Anthony Award, Barry Award, Spinetingler Magazine Best Novel: New Voices Award, and the International Thriller Writers’ Thriller Award for best first novel. His follow-up, Criminal Enterprise, was nominated for the ITW Thriller Award for best novel. A resident of Vancouver, British Columbia, he is now at work on the next book featuring Stevens and Windermere. 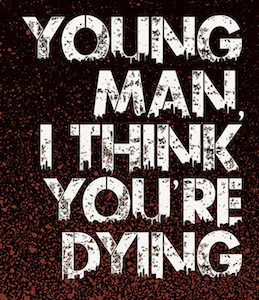 Pizzas! He adjusted his expression to one of disgust and contempt, but lovingly, in the manner of an artist, he picked up the sliced...
© LitHub
Back to top