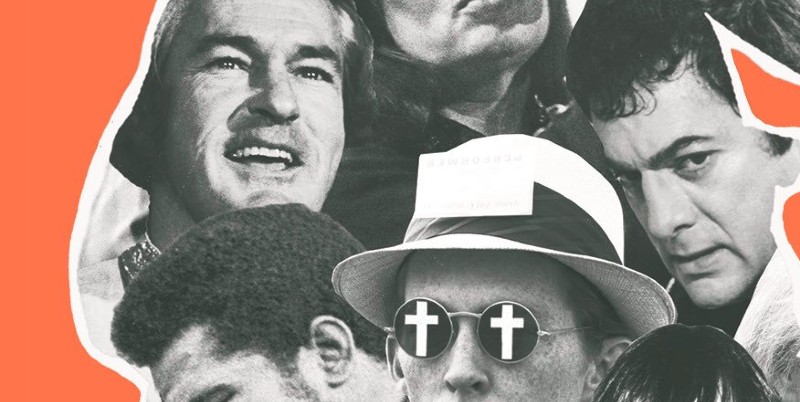 The books pushing at the boundaries of true crime storytelling.

We live in a golden age of true crime. Whether your preferred storytelling medium is nonfiction, feature films, television series, or podcasts, there’s an impressive array of acclaimed work being produced that explores the motivations, aftermaths, and inner workings of crime. But with that bumper crop has also come a parallel sort of storytelling: a group of narratives that push at the boundaries of true crime. Think of them as adjacent to it, borrowing certain elements but refusing to conform to a particular template.

The podcast S-Town is one particularly high-profile example. There are certainly true crime elements to be found within its story, but they act as a kind of bait-and-switch, allowing the podcast’s creators to get at something deeper, yet still not entirely removed from the true crime world. The same can be said for some recent works of nonfiction: Jeannie Vanasco’s Things We Didn’t Talk About When I Was a Girl, Ryan H. Walsh’s Astral Weeks: A Secret History of 1968, and Karen Stefano’s What A Body Remembers all deal in part with harrowing events, but each in their own way eludes narrative predictability. Considering all three, however, also helps to trace a sense of where true crime can be found—and where the sometimes-porous boundary between it and other similar genres exists. 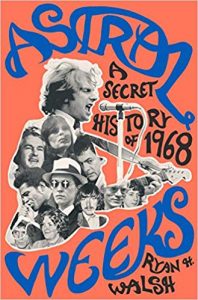 Astral Weeks engages in some interesting narrative misdirection. The spine of the book is provided by an account of the year Van Morrison spent living in the Boston area, where he pushed his musical evolution in unexpected directions, yielding some of the greatest albums of the decade. But just as Walsh lays the groundwork for a fascinating cultural history, he shifts his scope somewhat, expanding the narrative to include a musician named Mel Lyman who ran an underground journal called Avatar.

It’s through Lyman’s role in the book that Walsh pushes things into a true crime-adjacent space: there’s something of the cult leader in Lyman’s demeanor and relations with others, and his contentious personality periodically threatens to boil over into something unsettling. It doesn’t hurt that Walsh is heading into less-documented territory with Lyman. Most readers of Astral Weeks will be familiar with Van Morrison; Mel Lyman, less so. And the fact that he is an unknown figure for most readers creates a sense of tension not unlike that which comes from a true crime narrative: namely, where exactly is this guy going to end up?

A very different kind of narrative progression unfolds in Karen Stefano’s memoir What A Body Remembers. Early on, Stefano describes her college days, when she worked for the local police department on campus—and how, one night on her way home, she was assaulted by a man she’d never met before. While Stefano is very much dealing with the aftermath of trauma—she describes the aftereffects of the assault and how it left her unsettled for the decades that followed—this isn’t simply a book about a crime and its aftermath. 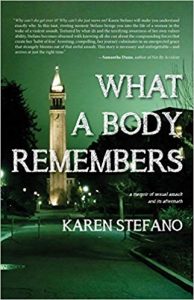 Instead, What A Body Remembers becomes a kind of meditation on justice. Stefano describes her own harrowing experience when the man who assaulted her was put on trial—specifically, he treatment from the defense attorney. But Stefano herself would go on to work as a criminal defense attorney, a process she describes with detail and empathy. Throughout the narrative, Stefano explores both the assault on her and her understanding of the concept of justice from a host of perspectives. And then—can there be spoilers for a work of nonfiction?—Stefano does eventually find out what happened to the man who assaulted her, in a deeply unsettling sequence. In this moment, one can see a much more sensationalistic version of this book had its author followed a different structure—but the emotional weight of this last twist in the narrative comes in part from the complexity and philosophical approach that’s preceded it.

Jeannie Vanasco’s Things We Didn’t Talk About When I Was a Girl also takes an event that took place years earlier. In the case of Vanasco, she was raped by a friend fourteen years before—though the question of how best to refer to it (in other words, whether to call it an assault or call it rape) ends up being one of the threads that runs through the book. Vanasco explores the effects of this, to be sure—but she’s also interrogating how people discuss rape and assault, and the larger moral questions surrounding these actions. 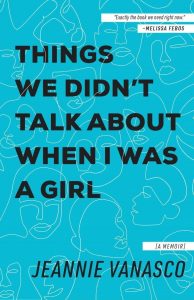 This ultimately leads her to confront the former friend, referred to here as Mark, who raped her—and through a series of conversations, discuss their shared past and the attack itself. Vanasco takes an expansive approach to her book: her partner, editor, therapist, and friends are also present in the narrative, commenting on her approach to the project and to the questions of forgiveness and trauma that it raises. There isn’t really one “right” or “wrong” way to process all of this, and it’s through the device of including these conversations that Vancasco makes this clear. She also loops back over her conversations with Mark, sometimes second-guessing her own statements and sometimes trying to parse the motives behind some of his statements.

Vanasco does, at one point, feint in the direction of this becoming a more traditional true crime narrative; it’s a bold structural choice, and one that—like much of the book—will likely spark a host of reactions. Had Vanasco told the story of her rape and its aftermath on its own, it would have made for a haunting book, but the postmodern approach she takes here heightens the stakes and accentuates the weighty concepts she’s dealing with. The book ultimately accomplishes the impressive goal of both telling a compelling narrative and creating a larger sphere around that narrative where its larger themes and structures can be pondered and discussed.

Many works of nonfiction focus on what’s being told—but how they’re told and the context in which they are presented can be just as important. There are philosophical questions at the heart of every foray into true crime. What these works do, ultimately, is use some of the same beats and muscles as true crime to arrive at an understanding of those questions. If that means sacrificing some of the narrative intensity of traditional true crime, so be it—these are works that have a different set of goals in mind. 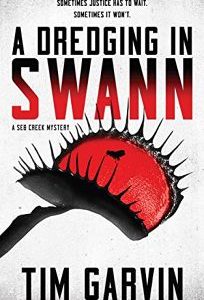 Sebastian Creek’s shift was going long, involving an interview with a bottle-cut victim at the Spartanville emergency room...
© LitHub
Back to top