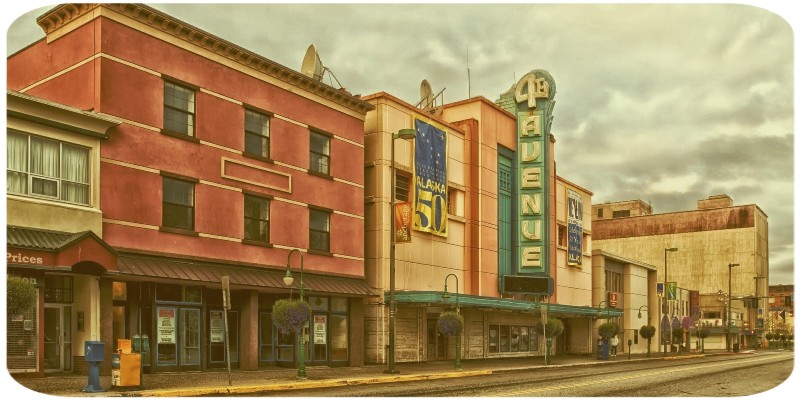 How to make historical fiction true to its time period, without making it stuffy. (Hint: the devil is in the details.)

In his 1951 novel Requiem for a Nun, William Faulkner famously wrote that “The past is never dead. It’s not even past.”

I think about this quote a lot, and it resonates with me on several levels. On a personal level, it reminds me that life is a kind of revolving door: Our past traumas, triumphs, joys, and heartbreak shape and re-shape who we are in a perpetual cycle. Of course, on a social level, Faulkner’s quote reminds us that our society cannot escape its past any more than an individual can. Wars are fought and then fought again. Actions taken today result in events that will occur twenty, thirty, fifty years from now, on and on into a causal chain of action and reaction.

But this quote resonates with me as a writer, as well, especially as one whose first novel is set more than seventy years in the past. Then again, is it? If the past isn’t even past, can a novel published in 2020 but set in 1941 actually be about the past?

Yes, and no, and I think that navigating the duality of this answer is one of the tasks that a writer must perform when creating a piece of fiction set in a time period that isn’t our own. And that begs a vital question: How must a novel be faithful to its distant time period, and how must a novel eschew it? To be sure, there are no hard rules in writing—“The only rule,” the novelist and short story writer Richard Bausch tells his students, “is that you have to be interesting”—but I think that the difference between a successful novel set in the past and an unsuccessful novel set in the past is often a matter of how the writer fulfills certain associations with a time period while intentionally rejecting other associations with a time period.

Certainly, we as a society have many misconceptions about the ways in which our grandparents and great-grandparents thought, lived, and acted. All too often, I’ll read novels and stories set in the past that portray their characters as overly stodgy, prim, and restrained. “It’s ’40s,” a writer might be tempted to think. “People were more uptight back then, right?”

Well, again, yes and no. Certain customs and social conventions change, certainly, but make no mistake: People are people, and they always have been. Seventy years ago, your grandparents told dirty jokes. They did the same stupid stuff that young people do today. They used curse words, many of which are the same curse words we use now. They felt self-conscious. They were aware of their flaws. They fought with their spouses, and they drank too much sometimes and made fools of themselves. There’s a picture that occasionally makes the rounds on the Internet of a Victorian couple trying not to laugh while getting their picture taken, and I absolutely love this picture. I like it not just because it’s cute, but because it reminds us that the people who lived many decades ago weren’t so different from us in a great many ways.

A successful novel set in the past will intentionally reject many of the stereotypes we have about the past, and as a result that novel’s distant time period might feel surprisingly modern.

This is all to say that, in my opinion, a successful novel set in the past will intentionally reject many of the stereotypes we have about the past, and as a result that novel’s distant time period might feel surprisingly modern. Certain readers may even mistake this quality for inaccuracy, but I’d remind those readers that, within reason, the past isn’t as long-ago as they may think. A successful novel set in the past will, like any successful novel, spend much of its energy realistically depicting and examining its characters’ psyches and emotions. The human condition defies time; we think and feel and experience so many of the same things that our ancestors did, and a good writer will depict this regardless of a story’s given time period.

So, if the intentional rejection of certain “old-fashioned” stereotypes is necessary for the success of a novel set in the past, what contemporaneous details should writers actively embrace? For one thing, a successful novel set in the past should certainly include many textural details: that is, depictions of seemingly insignificant ways in which yesteryear differs from today.

This, too, relates to a fundamental tenet of good writing. In her wonderful book Writing Fiction: A Guide to Narrative Craft, Janet Burroway tells us, “Details (as every good liar knows) are the stuff of persuasiveness. Mary is sure that Ed forgot to go pay the gas bill last Tuesday, but Ed says, ‘I know I went, because this old guy in a knit vest was in front of me in the line, and went on and on about his twin granddaughters’—and it is hard to refute a knit vest and twins even if the furnace doesn’t work.”

To apply Burroway’s point to novels set in the past, a successful novel should incorporate a myriad of period-specific minor details, and not just the obvious stuff. Descriptions of clothing are great, sure, but readers should see period-specific furniture, cooking utensils, vehicles, stores, sounds, smells, the very texture of a paved surface if it differs from pavement today. And it’s important, I think, to be accurate about these details. Throughout the years it took me to write my novel, I amassed a huge reference folder of pictures and catalogues to help me accurately describe my characters’ world. The Internet is a wonderful thing, and you’d be surprised at what thorough results you get when you Google-search “1941 Sears catalogue” or “Women’s overalls 1937.”

Finally, should a novel set in the past reflect contemporary issues and problems? This, I think, is a tricky question, but thankfully for me and other writers, I don’t think it’s a question that one should spend much time dwelling on. Doing the opposite, in fact—going out of one’s way to incorporate contemporary issues in a narrative set in the past—too often results in a novel feeling contrived and unappealingly didactic.

When it comes to my own writing, I think that my novel does indeed reflect certain contemporary issues in its 1940s setting, but I can assure you that the inclusion of these modern topics was something I did on a purely subconscious level. A lot of writers think that “theme” is a big, bad word, but I think it’s inevitable for themes to rise to the surface in any piece of writing. And because writers today are writing from, well, today, if they’re crafting a novel set in the past it’s inevitable that modernity will creep into that novel’s themes. And that’s okay. It just shouldn’t be forced, in my opinion.

Ultimately, there’s so much that defines a “successful” novel set in the past, but it seems to me that the expectations above comprise a pretty good baseline. With that said, however, I’d love to hear from readers in the comments below about how you define a successful novel set in the past. Reading and writing are largely matters of aesthetic, I think, and I’m always curious to learn how my own aesthetic matches up with—or differs from—the aesthetic of others. 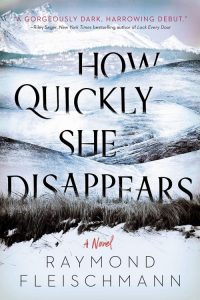 Raymond Fleischmann’s debut novel, How Quickly She Disappears, is available now from Penguin Random House (Berkley Books). Fleischmann has published short fiction in The Iowa Review, Cimarron Review, The Pinch, and Los Angeles Review, among many others, and he’s received fellowships and scholarships from Richard Hugo House and the Sewanee Writers’ Conference. He earned his MFA from Ohio State University and now lives in Bloomington, Ind., with his wife and three daughters. 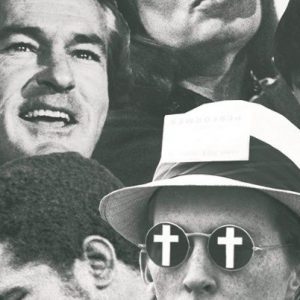 We live in a golden age of true crime. Whether your preferred storytelling medium is nonfiction, feature films, television...
© LitHub
Back to top