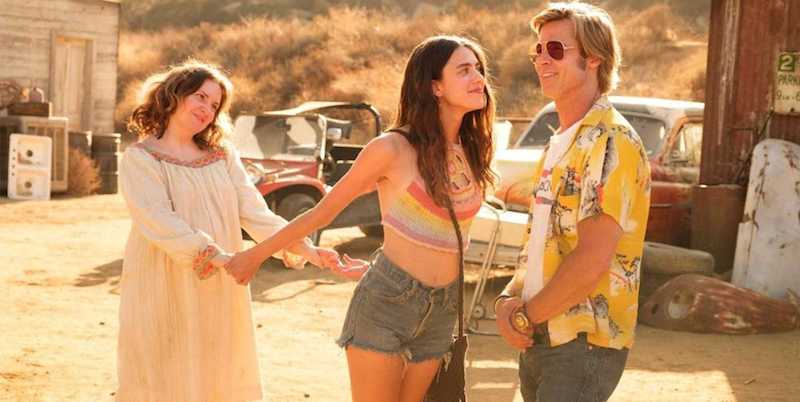 Cult Thinking (And How to Avoid It)

10 Ways to Make Double Sure You're Not In a Cult

I spent three years immersed in cult thinking while writing my latest novel, The Poison Garden, and a very uncomfortable experience it’s been. It was doubly unfortunate that I happened to choose to write about a subject like this just at a point when social media’s algorithms were driving us all mad and friends and families were at each other’s throats, clinging with rage to intractable positions.

Cults are everywhere. This is fact. Most of them are reasonably benign, just turning their members into bores, but still they are cults, and we are all vulnerable to getting sucked in by them. Our really basic evolutionary makeup (our cooperative natures, our curiosity, our constant quest for answers, our belief that solutions can be found, our fondness for hierarchies), makes us sitting ducks. And most people have no idea what one looks like. Virtually everyone, for instance, when I mentioned that I was writing about a cult, assumed that my cult was religious.

It’s not, as it goes, though it behaves like one. Dogma and ritual are powerful things. Religions and civilisations throughout history have employed them to a greater or lesser extent, because a land without law is as unbearable a place to live as a land with too much of it, and a population that believes in nothing is prone to self harm. But if dogma gets out of hand, the consequences can be catastrophic. Nazism, Stalinism and Maoism were all cults that turned ordinary people into mass murderers. And there have been thousands of others on a smaller scale.

So here’s the thing: not all cults are religions, though all religions started as cults. A cult is an authoritarian organisation centred around a belief, that has rules and dogma and encourages its members to isolate themselves from those who would test their faith. They can be as small as a narcissist and their victim or as large as a global political movement. They revolve around a figurehead regarded as charismatic, alive or dead, and their followers always, always believe that they have been gifted with The Answer. (Not every cult, by the way, is led by people cynically exploiting others for their own benefit. Many cult leaders are deeply committed to their beliefs, however delusional, and are in effect as trapped by them as their followers are.) And the internet, social media in particular, is making it all so much worse, with its echo chambers and opportunities to form a mob. You’ve noticed it; we’ve all noticed it. But are you sure you’re immune? Should we all be monitoring ourselves, constantly, for signs that we ourselves are succumbing to obedient, unthinking promises of utopia?

Things to look out for when spotting cult thinking.

Though cult beliefs are many and varied, the way they operate is not. All cults use the same rough techniques to gain and keep control, and once you know them the signs are quite easy to spot. Among the things you need to look out for in yourself are:

How many of your friends are different from you? And has that changed? Have you drifted away from your friends, find you have nothing in common with them anymore? Like abusive husbands, cults love to isolate their members from those who might question them; the flip-side of that wonderful sense of inclusion is the exclusion of the outside world.

The extreme version of Othering is Manicheanism, whose adherents believe themselves caught up in a battle between good and evil, no less. If you think of “your” side as “good” and the “other” side as unrepentantly wicked, you need to give yourself a pinch.

When someone asks you an awkward question, you change the subject. Look! Squirrel!

Do you go to interest-based gatherings regularly? Link arms with your fellows and sing at the top of your voice? Come away filled with love, pride and righteousness? Well, hypnotists know that all of these actions induce hypoxia, which renders people suggestible as well as high as a kite. Do it often enough while speakers assure you of your virtue, and your neural pathways will rewrite themselves and convince you that it’s true.

Cult thinking doesn’t deal in shades of grey. If you’ve caught yourself proclaiming that the alternative to Your solution is disaster, you’ve fallen into this trap.

It isn’t. Really—virtually nothing is. If you use this phrase quite often, that’s magical thinking, and someone’s sold you a belief.

If you frequently ascribe particular negative characteristics to strangers, you’re probably describing things that you’re uncomfortable about in your own life. Take a look around you and check what that thing might be. Funnily enough, I learned this from a cult I wrote a piece about back when I was a journalist, in the 1990s.

Othering’s more irascible twin. Look, it’s fine if you want to sack a friend because they’re a massive racist, or because you just don’t get on any more. These things happen. But if you start firing your friends because they disagreed with you on the quality of Game of Thrones, you may be too invested in your beliefs.

This is a really important one. Cog diss is that jolt when facts don’t correspond with something you hold to be true. It happens to us all the time. A healthy person will adjust their thinking to allow for new knowledge. Someone in the grip of an ideology will simply bounce the discordant fact out without ever grappling with it (see Evasion, above). But here’s the thing: cults actually rely on cog diss as part of the recruitment process, because every time you override an instance of it, your neural pathways will rewrite to render you more loyal to the cause in which you did it. So every time you encounter that jolt, stop. Think about what you’ve heard. Grapple with it. Live with the discomfort. Because doing so is the best protection you can have against being sucked against your will into someone else’s narrative.

Alex Marwood’s novel, The Poison Garden, is published by Penguin (US) on 14th January and Sphere (UK) on 23rd.

Alex Marwood is the pseudonym of a journalist who has worked extensively across the British press. Her first novel, The Wicked Girls, won the Edgar Award for Best Paperback Original, and was nominated for the Macavity Award for Best Mystery Novel and the Anthony and ITW Awards for Best Paperback Original. The Killer Next Door, her second novel, won a Macavity Award for Best Mystery Novel, was nominated for the Anthony and Barry, and has been optioned for film by James Franco and Ahna O’Reilly. Her fourth novel, The Poison Garden, is now available from Penguin Books. Marwood lives in south London. 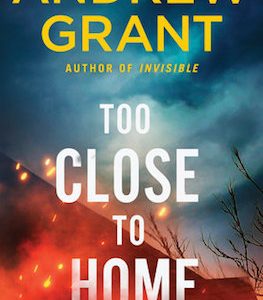