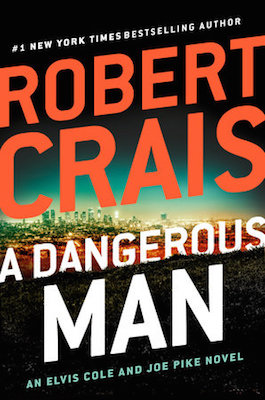 The following is an exclusive excerpt from A Dangerous Man, by Robert Crais. In the eighteenth installment of the Elvis Cole and Joe Pike series, Joe's ordinary trip to the bank makes him the sole witness of an abduction. When he steps in to save the day, he doesn’t know that he’s entering a network of deception, corporate whistle-blowing, government involvement, and murder--one that runs far deeper than he, or his partner Elvis Cole, could have imagined.

Isabel helped her last customer, logged out of her terminal, and closed her station. She wasn’t hungry, so she wondered if she had time to run home and catch the gardener.

Dana leered, and lowered her voice.

“We can look up his number. You can call, and tell him there was a problem with the transaction.”

Isabel rolled her eyes, and left the bank at eleven-oh-two.

She didn’t feel up to dealing with the gardener, so she decided to get a smoothie. She was debating between chocolate and chocolate-caramel when a shiny new SUV pulled to the curb ahead of her. A good-looking guy climbed out, opened the rear passenger door, and looked around as if he was confused. He saw her, and offered a tentative smile.

“I’m supposed to return this gift, and I can’t find the darned address. I’m totally lost. “

He touched her toward the open door, his fingers a polite invitation to help with his problem.

Isabel went with him, and saw nothing inside but a clean backseat in the clean car beneath a clean blue sky. Another man sat at the wheel, and never looked at her.

Isabel didn’t have time to turn, or ask which address he couldn’t find. He shoved her hard, shoulder and hip, and drove her into the car. She grabbed at the edge of the roof, trying to save herself, but her grip broke free.

He dove in on top of her. The door slammed.

Isabel screamed, but his hand covered her mouth. She screamed as hard as she could, but her scream could not escape.

Upscale mid-city area: boutiques and pastry shops, a Tesla filling a loading zone, an older gentleman walking twin beagles, a homeless man splayed in the shade from a shopping cart heavy with plastic bags. Pike wasn’t looking to save someone’s life on the day he left the bank.

Pike’s red Jeep Cherokee was parked across the street. He departed the bank at 10:54, and slid behind the wheel. He tucked the deposit receipt into the console, removed his .357 Magnum from beneath the front seat, and considered the two female tellers.

Dana and Isabel. Pike had noticed the expressive glances and whispered comments they traded. Their infatuation might have been welcome if they worked at a coffee shop or fitness center, but not at a job where they had access to his banking information. Pike’s current business interests included a partnership in a detective agency, a custom gun shop in Culver City, and several rental properties. His former employers included the United States Marine Corps, the Los Angeles Police Department, and various private military contractors. During his contract years, his fees were paid by foreign governments approved by the United States, shell companies controlled by the CIA and NSA, and multinational corporations. This employment had been legal, but the transfer of funds from his employers had left a digital trail that a curious bank employee might question. Pike had maintained accounts at this particular bank for almost two years, and wondered if it was time to move on.

Pike was pondering this when Isabel’s pink shirt caught his attention. She stepped from the bank, paused to put on a pair of sunglasses, and set off along the sidewalk. A dark gray SUV eased to the curb ahead of her. The driver’s head turned as the vehicle passed, and something about the way he tracked her felt off.

Pike noticed details. The Marines had trained him to maintain situational awareness. Multiple tours in hot spots from Central America to Afghanistan had baked in his skills. The driver wasn’t simply looking at Isabel; he seemed to be locked on a target.

A nice-looking man got out of the passenger seat, and opened the backseat door. Pike saw the man’s head and shoulders across the roof. He turned, and Isabel smiled. They appeared to know each other, but Pike read a question in her body language.

Isabel and the man looked in the SUV, and disappeared so quickly the SUV might have swallowed them. In the instant she vanished, Pike saw a flash of shock in her eyes. Her fingers clutched the roof, and then she was gone. The blinker came on, and the SUV eased into traffic.

Pike wasn’t sure what had happened. He watched the departing vehicle, and clocked the surroundings. The gentleman urged his beagles along as if nothing had happened, but a woman in a bright floral dress stood frozen. She gaped at the SUV as if she had seen something monstrous, but didn’t know what to make of it. No one else stopped, or stared, or shouted for help.

The SUV put on its blinker, and turned at the next corner.

But the skin across Pike’s back tingled as it had in the deserts and jungles. He started his Jeep, and followed. 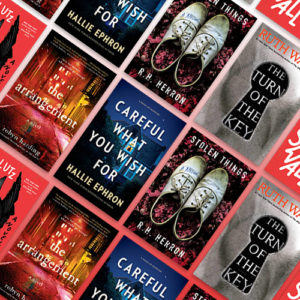