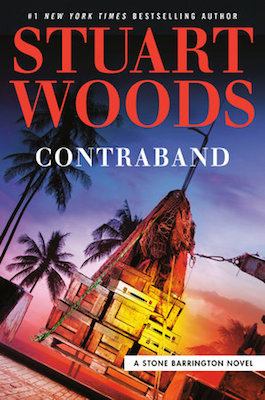 The following is an exclusive excerpt from Contraband, by Stuart Woods. In this fiftieth mystery novel in the Stone Barrington series, former-NYPD-detective-turned-laywer Stone is on vacation in Florida when he witnesses a disaster that brings him hot on the trail of a giant smuggling operation. Teaming up with a local detective, and traveling across the country, Stone only has a window of time to solve the mystery, and find out why bad things seem to follow him wherever he goes.

Max pulled a chair up to Dix’s bed. “Are you comfortable, Dixie?”

“As long as I don’t laugh,” Dix replied. “Don’t say anything funny.”

“Tell me about the airplane.”

“I know a lot of airplanes. Which one?”

“The one you dumped into the lagoon at Fort Jefferson two days ago,” she said.

Dix looked blank. “What the fuck are you talking about? I don’t dump airplanes into lagoons.”

“You were landing a Cessna 206 with a broken pontoon and ended up on the bottom.”

“Nope. I’ll show you the airplane when you’re laughing again.”

“All I remember is being loaded onto a chopper.”

“I thought I was going crazy.”

“Where’d you have breakfast?”

“At the Lame Duck, where I have breakfast every day.”

“See anybody you knew there?”

“Sure. There’s a regular breakfast crowd.”

“Anybody offer you some work?”

“Flying an airplane, Dixie. It’s what you do.”

Dix thought about it. “Nobody. I once ferried a 206 to Lauderdale that got weathered in, and the owner had to fly home commercial and abandon the airplane.”

“Her name . . . Edna . . . Edna something. It was five or six years ago, and I only saw her once, when I landed at Lauderdale and got paid. Nice lady, in her late sixties. She’d be in her seventies now.”

“Okay, let’s forget Edna for a moment. Let’s go back to the Lame Duck at breakfast time.”

“What did you do after breakfast?”

Dix took a breath to answer, then stopped. “I’m not sure.”

“What do you mean you’re not sure?”

“You don’t know what you did all day two days ago?”

“I remember being put on the chopper, then I passed out and woke up here. I asked what was going on, but nobody had any answers.”

“I remember being put on the chopper, then I passed out and woke up here. I asked what was going on, but nobody had any answers.”

“Dixie, what we’ve got here is a light case of temporary amnesia,” Max said. “Happens sometimes when you fetch a blow to the head. It’ll come back to you eventually.” She placed her card on the bedside table. “Call me when it does. That’s my cell number.”

“And don’t get lost. I hope you’re feeling better soon,” she said. Then she and Tommy left the room.

“No,” Tommy said. “I don’t believe in amnesia. I’ve seen too many cases up close: some people prefer it to outright lying.”

“Don’t you want the prints run?”

“You can do that on‑site these days.”

“The scanner’s broken, Max. I’ll call you when I get a match.”

They walked downstairs and got into the car. Max backed it out of the parking space. “How long does an emergency test take at the tox lab?”

“About a month,” Tommy said drily.

“Right over there,” Tommy said, pointing at the hospital. “Basement.”

Max reparked the car, then she and Tommy walked back into the building and down the stairs. They followed the signs to the tox lab. Inside a skinny young woman in a lab coat was sitting with her feet up on a desk, doing a crossword puzzle. “Hi,” Max said. “I’ve got an emergency tox screen needs doing.”

“Just leave it on the desk. It’ll be about a month.”

Max walked around the reception counter and looked through a half dozen paper bags on the desk, then came up with one. “Here you go,” she said. “An emergency means now. I’ll wait.”

“Sorry, you gotta get in line,” the woman said.

“You ever hear of procedure?” the woman asked.

“You ever hear of obstruction of justice?” Max asked back. “The usual sentence is two to five years.” Max had no idea what the sentence was, but she thought two to five sounded good. She fixed the woman with her gaze and waited.

Instead, Max followed her into the next room and stood, leaning against the door. She looked at her watch for effect.

The woman opened the paper bag, pulled out the IV bag, shook it up, then plunged a needle into it and extracted a couple of ounces. She emptied it into a receptacle, inserted it into a machine, and pressed a few buttons. Lights came on, and there was a whirring noise.

Max looked at her watch again, but didn’t get a response. Two minutes later the machine spat out a sheet of paper.

“How many copies you want?” the woman asked.

The woman extracted two more copies from the machine, stamped them with an old-fashioned rubber stamp, signed them, and handed them to Max. “There you go.”

Max looked at a sheet. “What’s propofol?” she asked.

“An anesthetic, used for surgery. It’s what killed Michael Jackson. And a lot of other people who tried to use it for fun.” The woman walked to a door marked ladies and shut it behind her.

Max walked out of the lab, followed by Tommy. She handed him the sheet.

“It’s what killed Michael Jackson,” she replied. She checked her watch. “Not bad. An hour on the job, and we’ve got a case. All we need is a perpetrator. Let’s get to the Lame Duck.” 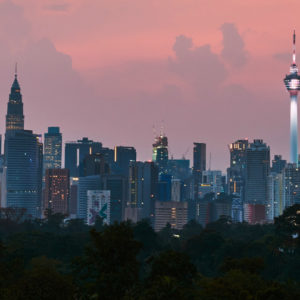