Scandals, Assassinations, Murders and a New Malaysian Sense of Noir

In general Kuala Lumpur (invariably just KL) is a pretty safe place as capital cities go. The biggest threat is probably to your waistline—many a diet has succumbed to the combined assault of mee goreng, nasi lemak and beef rendang. The fusion of Malay, Indonesia, Indian and Chinese cuisine defines the melting pot of the city.

Not that the capital city of Malaysia hasn’t seen some spectacular crimes lately, such as the recent and ongoing 1MDB scandal that may be the world’s biggest ever political corruption case. That case saw $3.5 billion disappear into some senior politicians’ pockets from the coffers of the state’s national development fund. For more on the minutiae of the complexities of 1MDB see the book Billion Dollar Whale (2018), the investigation by two financial journalists into the scandal.

Before 1MDB Malaysians were riveted to the sensational Shaariibuugiin Altantuyaa murder case. Altantuyaa was a beautiful Mongolian woman involved in an affair with a senior KL politician who was killed and then blown up with dynamite in an attempt to totally disappear her body. Her remains were found in a deserted area near KL in 2006. Though the case clearly reaches high into Malaysian elite circles and remains constantly discussed it has never been officially solved. And then there was the February 2017 assassination of North Korean leader Kim Jong-un’s disgraced half-brother Kim Jong-nam at KL International Airport with VX nerve agent. All spectacular and all in KL, but surely there are some more mundane villains in town?

Arguably crime writing in KL starts with William Somerset Maugham who liked to roam around early twentieth century Asia dropping in on expat and colonial communities for Singapore Slings and Gin Pahits (gin and bitters). He’d then move on to the next place and write scandalous stories about his hosts. All this meant that the colonial British wits quipped that Maugham was a guest, “welcome only once.” If you want to read Maugham on what was then the Malay Federated States, his collection of short stories, The Casuarina Tree (1926), is the place to start. Class divisions, racial tensions, adultery, and most other failings of human nature are abundant.

The most famous of these stories is “The Letter” where a lawyer, Joyce, is called on to defend Leslie Crosbie, a planter’s wife who is arrested after shooting Geoffrey Hammond, a neighbor, in her home in Malaya while her husband is away. The evidence rests largely on a letter that seems to indicate that Hammond had come to Crosbie’s house at Leslie’s invitation. Ultimately it is revealed that Leslie and Hammond have been lovers for years and that she shot him in a furious rage of jealousy when Hammond admitted his love for his Chinese mistress. The Letter became a hit London and Broadway stage play and then a movie several times, most famously in 1940 with Bette Davis. The Letter was based on the Proudlock trial, on a true scandal involving the wife of a KL school headmaster who shot her lover in 1911. The real case is told in Eric Lawlor’s Murder on the Verandah: Love and Betrayal in British Malaya (1999). The story Lawlor recounts has even more surprise twists than Maugham’s short story.

Jump forward nearly a century and local author Tash Aw attracted international praise with his first novel, The Harmony Silk Factory (2005), which won the 2005 Whitbread First Novel Award and the Commonwealth Writers Prize. His latest book, We, The Survivors (2019), also has criminal leanings. Ah Hock is an ordinary, uneducated man born in a Malaysian fishing village and now trying to make his way in Kuala Lumpur, a city that promises riches and security to everyone, but delivers them only to a chosen few. He remains trapped in a world of poorly paid jobs that allow him to keep his head above water, but ultimately lead him to murder a migrant worker from Bangladesh. There are echoes of Albert Camus and Michel Houellebecq in this Malaysian noir that slowly unravels the collapse of Ah Hock’s life as a metaphor for the rapid changes in Malaysian society in the last few decades of the Asian Tiger economies and the late 1990s regional financial crisis.

Australian writer Peter Carey meticulously recreates a KL just before the skyscrapers and shopping malls shot up in the boom years. My Life as a Fake (2003) features the strange and forgotten Australian poet Christopher Chubb who hides away in the back streets of KL after staging a great literary hoax back in his home country. Carey bases the hoax on the real Ern Malley hoax of 1943, in which two poets created a fictitious poet, Ern Malley, and submitted poems in his name to the literary magazine Angry Penguins. The strength of the novel is the intimate descriptions of KL—dark stairways, enticing cooking smells, a slight sense of tropical decay.

This sense of tropical malaise suffuses the fiction in the local published anthology KL Noir (2013). There are exploited migrant workers, angry ghosts, political corruption and the spiritual emptiness of rampant consumerism in air-conditioned mega-malls. Stand out writers include Marc de Faoite, who is also the author of Tropical Madness (2016), an anthology of short stories a number of which are set in the back street underbellies of KL, and Kris Williamson, whose novel Son Complex (2013) features a young American arriving in KL to discover a disturbing number of family secrets. KL Noir also features notably good stories by Amir Hafizi, Khairulnizam Bakeri and Adib Zaini—all local KL writers not easily found in translation from Bahasa Malaysian.

Finally, we have 21 Immortals – Inspector Mislan and the Yee Sang Murders (2010) by Rozlan Mohamed Noor, which was shortlisted for the Commonwealth Best First Book Award in 2011. Inspector Mislan is a KL cop up against a corrupt force thwarting his investigations. Noor, an ex-Malaysian cop who worked as an investigator in KL for over a decade, is nothing if not prolific: 21 Immortals was followed by Duke (2011), UTUBE (2012), Infanticide (2013) and The Gods (2014). Future Inspector Mislan novels are expected to take the cop to other South East Asian destinations, initially Bangkok.

As KL’s crime writing scene develops it seems that it will be the grittier sort of noir that emerges as typical of the genre in the Malaysian capital. From local authors like Noor who have yet to attain an international presence to literary superstars like Tash Aw, Malaysia’s authors are tackling the contemporary KL that has burst into modernity in twenty-first century. 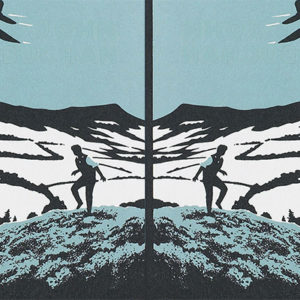