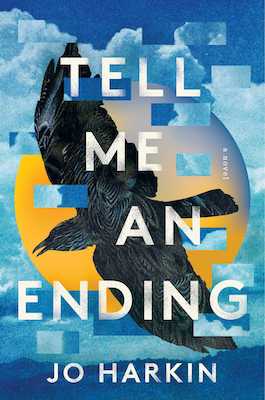 The following is an exclusive excerpt from Tell Me An Ending, by Jo Harkin. After the Nepenthe memory removal clinic in London announces that it can delete people's unwanted memories, several people across the world find themselves in mysterious circumstances, remembering and forgetting things they did not expect. And Noor, a psychologist working there, finds herself faced with the moral challenges of the work she is asked to do.

Oscar, for the twentieth—maybe even thirtieth time since he got here—is lost in the medina.

The problem this time is that his phone has died, so he can’t use it to navigate, and he has no cash, having given it to a man whose wife was dying and needed medical care. (A man who, in retrospect, might not have been telling the truth.)

The medina is a maze as mysterious to Oscar as the many branches of his own misﬁring neurons. Circlings; dead ends; occasional, unexpected connections. Above it all, the call to prayer, rising and undulating, in a language he can’t interpret.Which means Oscar can’t have grown up here.

Useful information. One country, Morocco, ticked off the list. One hundred and ninety-ﬁve to go.

Everyone says you can navigate Marrakech by using the main square and the minaret of the Koutoubia Mosque as reference points, but the minaret isn’t usually visible from the ground, and while getting to the square is easy, leaving it to go somewhere else isn’t so simple. Oscar ends up arriving back at it over and over again, until the snake charmers and orange juice salesmen stop calling to him, and look suspicious, as if he is wasting their time. In the end he gives up. He’ll just have to get a taxi, and get ﬂeeced.

He’s also going to have to go to a cashpoint.

There’s no way around it. He thought he’d be able to avoid it for a bit longer: that noisy machine, telling tales.When the screen lights up and bleeps, he wants to cringe away.

At least, he thinks, this machine is at the opposite end of the medina from the last one. If someone wants to search every street for him, they can go ahead. The thought cheers him up. A hundred entrances. A thousand blind corners. A million (or thereabouts) heavy studded doors set in blank, lumpy walls.

Oscar takes out as much money as the cashpoint will allow. He avoids looking at the balance on-screen. Another thing he doesn’t understand, another thing that frightens him.

Oscar doesn’t think about the money, if he can possibly help it.

It’s a strange place, Oscar’s hotel. It looks like a dictator’s palace—like the kind of place you’d see on TV getting turned over during the Arab Spring. He can’t walk through it without hearing the ghostly cries of revolution. It feels temporary, as if the chandeliers, the velvet cushions, the giant bronze sculpture of a lion attacking a camel are all already halfway out the door, hoisted on the shoulders of looters.There they go down the road, like the dancing furniture in that Disney ﬁlm, to the sound of singing, the occasional gunshot.

Oscar’s never been in a revolution. Not to his knowledge, anyway. Though it is exactly the kind of thing he’d get accidentally involved with. Someone would hand him a sign or a machete, and off he’d go, in over his head, as per usual.

A memory comes back to him.

This isn’t the ﬁrst time you’ve got into trouble, said a woman.There was a folder in front of her. Oscar tried to read it upside down, but she closed it. She didn’t sound particularly angry. She just sounded sad, at all the trouble Oscar had been getting into.

Who was she? A teacher? A policewoman? But no. No uniform. But the sense of her—of that talk—is drifting away, turning to fuzz. He sees the woman in a corridor. It’s not a school; there are too many adults around. But the harder he tries to remember that moment, the less grip he has on it, like squeezing a rubber ball until it shoots out of his grasp.

“Oh!” the receptionist says when she sees him.“There have been calls for you, Mr. Levy. One moment, sir.”

Unwillingly, he crosses the slippery marble ﬂoor to the desk. The receptionist smiles at him, says, “Excuse me for one minute,” then disap- pears through a door.

What calls? Oscar wonders. Nobody should know that he’s here.

Calm, he thinks to himself. Calm.

He considers turning and walking straight out of the hotel, before the receptionist comes back.

Except, he remembers, his passport is in his room. Fuck.

The receptionist gets back, smiles again, and hands him a mock-croc folder.The excess ceremony—the ﬁve-star insistence on hiding everything in folders and under silver lids—isn’t calming. Each of his ﬁngers leaves a dark sweat print on the leather.

The names inside aren’t any names he recognizes. Are they the same names as before? He can’t remember. The messages are brief and polite. Why are they always polite? It seems like a strange, nastily delicate way of messing with him. Like the leather folder, slipping in his wet paws.

“We didn’t have any instructions, regarding callers . . . ,” the receptionist says. She looks wary, as if Oscar’s about to start upending gilded chairs. Why is she wary? What are his eyes doing? They could be up to anything. Staring wildly, darting shiftily, glaring psychopathically (is that a word?). If only he could see what they were doing, maybe he could stop it.

“I wasn’t expecting calls,” he says. “But I should have known they’d ﬁnd me.”

“They?” she asks, looking confused. Was that a weird thing to have said?

“Oh . . . the world,” he says, trying to sound like a jaded businessman avoiding the ofﬁce. He’s never been very good at impressions.Another thing to tick off the list of Stuff Oscar Might Have Been In His Former Life: actor. “Oh, right,” she says, and smiles.“Would you like to leave us instructions now?”

“Right.Yeah. If you could just tell . . . whoever calls that I’ve already checked out.Thank you.”

Her smile is ghostly thin now. “But some of the callers said it was urgent?”

“They’re lying,” he says quickly. No—this isn’t good. The smile is gone. “Er, I mean, they always say that. You know what people are like. Everyone’s urgent, to themselves.”

But it seems like this isn’t quite the right thing to say, either; he is sounding less and less like a jaded businessman every minute, and so he stops talking.

Why is the receptionist staring at him? Oh, right: he hasn’t given her an answer that makes sense yet.

He says this with all the businessman authority he can channel, then turns, almost collides with a chair, and ﬂees.

Later Oscar lies in the sun, facing away from the pool, toward the hotel gardens with their dazzling ﬂowers, strange foliage, monster-outer-space cacti.

There’s a sound of splashing, behind him. He ignores it.

Most of the other loungers are drawn up almost to the water’s edge, like chairs pulled up to a ﬁre. Like it’s a view, not a ﬂat turquoise rectangle smelling of the death of millions of microorganisms. In fact, the only other person who hasn’t fallen under the spell of the pool is a little kid.

Excerpted from Tell Me an Ending: A Novel by Jo Harkin. Excerpted with the permission of Scribner, a Division of Simon & Schuster, Inc. Copyright © 2022 by Jo Harkin.

Jo Harkin studied literature at university. She daydreamed her way through various jobs in her twenties before becoming a full-time writer. She lives in Berkshire, England, and Tell Me an Ending is her first novel.


Jo HarkinScribnerTell Me An Ending 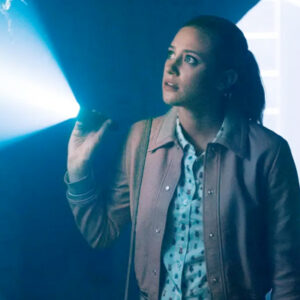 Seven Mysteries About Teens, Perfect for Teens From what I’ve heard, I’m not alone when I say that reading during the pandemic has been challenging at times. I’m...
© LitHub
Back to top