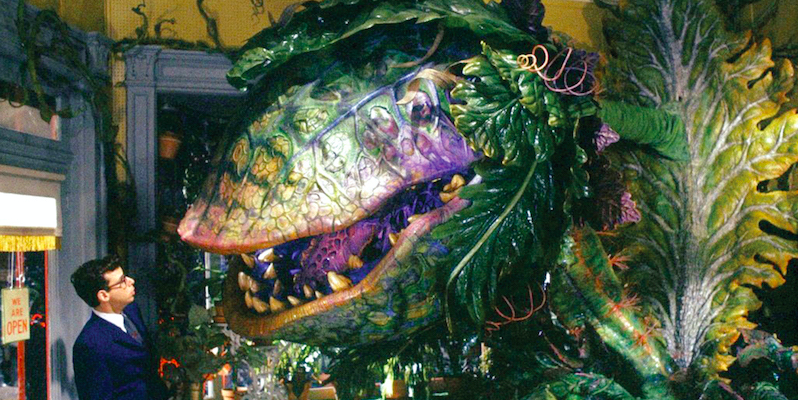 The Secret Life of Plants as Murder Weapons

Plants make for great thrillers—it took me, a gardener, years to figure that out.

Like many people, I fell in love with gardening because plants offered me a respite from a hectic modern life. Their structure, their flowers, their foliage, their reliability and usefulness inspired me to not only create my own backyard garden but later pursue horticulture as a career. The more I learned about how these quiet beings behaved, the deeper my passion grew for them. They were varied yet similar, delicate yet resilient, lovely to see yet sometimes harmful to touch. They could feed me but needed no other creature to produce their own food. Plants were content to thrive if we humans ever went extinct and I knew working with them had to be my vocation.

So, I opened my own gardening business and helped other people design and maintain their yards. During the winter months when work was scarce, I wrote. I published little articles here and there, talking about pleasing plant combinations, appropriate growing conditions, favorite recommendations, etc. But I never considered plants compelling enough for fiction. They offered solace and beauty. They helped me relax, not be gripped with fear or anxiety. They were sweet and pretty, and therefore boring.

Meanwhile, I wrote fictional stories about families and relationships and enrolled in an MFA program. I finished a novel for my thesis and though it was complete and polished, it never felt quite right. At the same time, I didn’t have a new story to tell. So, I ignored long-form writing and gardened instead. I weeded, I raked, I pruned, I designed and planted. During those months, one scene from my novel often popped in my mind. My protagonist broke into a conservatory and used a thorn from an exotic plant to drug himself. It was a suspenseful, bloody scene. I adored it. It was, as they say, one of my “darlings.” I began to realize one of the reasons I loved it was because of the danger the plant presented. It could kill—or alter—a human being. And this complexity, the plant’s ability to both heal and hurt, lit the lightbulb above my head. I rewrote the book with a botanist as the protagonist and afterward, the novel felt perfect.

While that book wasn’t the first book I sold, it reminded me of a valuable truth: plants aren’t only pleasing beings, they are complex creatures with minds of their own. They don’t have a brain of course, they don’t have a central nervous system, but they respond and adapt to stimuli. Why did that conservatory plant I created have poison thorns? To protect itself from predators. Just like a rose or cactus or any plant sporting prickles. It doesn’t want a deer or raccoon breaking off its stalks to eat and destroy it, so over centuries, it developed sharp tiny weapons as a deterrent. Plants can help us survive but can also harm us.

I began thinking about how plants had all kinds of unique ways to harm potential predators and eventually realized that was a perfect vehicle for a story, maybe even a thriller. I sought out novels where plants were the star. I found Sarah Addison Allen’s book Garden Spells, a southern story about a woman who uses herbs to cast spells on people. Her backyard apple tree tosses its fruit toward humans. Once eaten, the apple eater falls asleep and dreams of the future. Later, I found Margot Berwin’s Hothouse Flower and the Nine Plants of Desire about a woman’s quest to bring back the nine plants that bring its possessor a full life. In Vanessa Diffenbaugh’s The Language of Flowers, a grown foster child escaped inside the folklore of flowers and in Elizabeth Gilbert’s The Signature of All Things, a maiden botanist studied moss. These were all stories built around plants though none spotlighted their related dangers. I could anthropomorphize a plant to make a monster, but I ultimately wasn’t interested in reinventing Roger Corman’s Little Shop of Horrors. I just wanted a story that portrayed a plant’s natural defense mechanisms, its ability to harm others in order to survive.

Then I came across Sue Burke’s Semiosis.

In Semiosis, a team of humans are populating a new planet that has a similar ecosystem to Earth’s. There are plants and animals, albeit ones that have evolved differently. Of the plants that have evolved differently, one has a nerve center. It’s actually a full-on character. In addition to that, the team realizes some of its plant cohorts aren’t necessarily friendly to the human colonization. As you can guess, problems ensue, making for some intriguing struggles.

Throughout history, armies used Deadly Nightshade to poison enemies and in ancient Greece, a jury sentenced Socrates to death via drinking Poison Hemlock.

That portrayal was what I was seeking. And because plants have played a longtime role in fictional and real-life crimes, I sought out crime fiction. Some contemporary novels included botanical forensics where, by identifying a leaf fragment or marijuana strain, investigators could link a suspect to a murder. Similarly, throughout history, armies used Deadly Nightshade to poison enemies and in ancient Greece, a jury sentenced Socrates to death via drinking Poison Hemlock. But there weren’t many modern crime fiction novels that centered on a particular plant. I read Tana French’s The Witch Elm voraciously, wondering to what extent the elm tree’s presence would play in the story. I wasn’t disappointed by the lush writing or central mystery but it wasn’t a story about a tree. It was about a murder. Slowly it dawned on me that if I wanted to read a crime fiction novel about a plant, I would have to write it.

One recurring conversation I often had with gardening clients was about fragrance. They liked fragrant plants and wanted my advice on what to plant. So, I often consulted about what plants had spicy scents, sweet scents, citrus scents, weird peanut butter scents, etc. In all of that talk, I began to wonder what would happen if a plant existed that had a dangerous scent. Not necessarily a foul scent, like the corpse plant, which gives off a rotten meat smell to attract a particular fly for pollination, but a scent that affected humans in a negative way. So negatively a human couldn’t be in the same area when it bloomed. How would that plant have come to be? Would it have occurred naturally in the wild or by hybridization in a lab? And who in the world would take care of such a thing? Why?

One thing I knew was the plant couldn’t release a toxic scent. Otherwise anyone near it would randomly die and that would make for a meager story arc. I thought it best that the plant be dangerous to humans temporarily. Perhaps, only when it bloomed. And perhaps, like psychedelic plants, it could affect perception or memory. That was when I decided a flower whose scent caused brief amnesia might create a wonderfully wide variety of problems.

After this decision, not only did the outline of my crime fiction novel burst forth but the idea for another thriller came, then a women’s fiction book, and a mystery, and a fantasy. Now, I can’t stop dreaming up scenarios featuring plants. Where will it end? If I’m lucky, it will be years before this tree of blooming ideas finally fades. Until then, I’ll be pollinating each flowering idea into the fruit of its own alluring story. 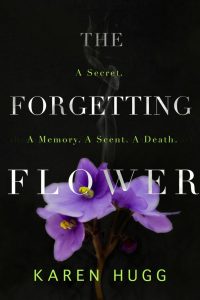 Karen Hugg writes literary mysteries and thrillers inspired by plants. Her stories are set in worlds where plants, real or imagined, affect people in strange new ways. Born and raised in Chicago, Hugg moved to Seattle because she fell in love with the Northwest’s giant trees. There she worked as an editor, which prompted her to live for a brief time in Paris. Later, she became a certified ornamental horticulturalist and master pruner. Hugg earned her MFA from Goddard College and has been published in the Rooted anthology. Her first novel is The Forgetting Flower. When not writing, she digs in the dirt. When not digging in the dirt, she hangs out with her husband, three children, and four pets. When not doing any of those things, she sits outside and stares at the sky. 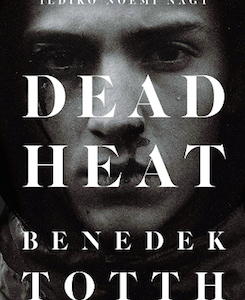 The car’s slid into a ditch, its nose facing some big-ass farm. The engine’s stopped. Smoke and fog swirl in front of the Matrix...
© LitHub
Back to top