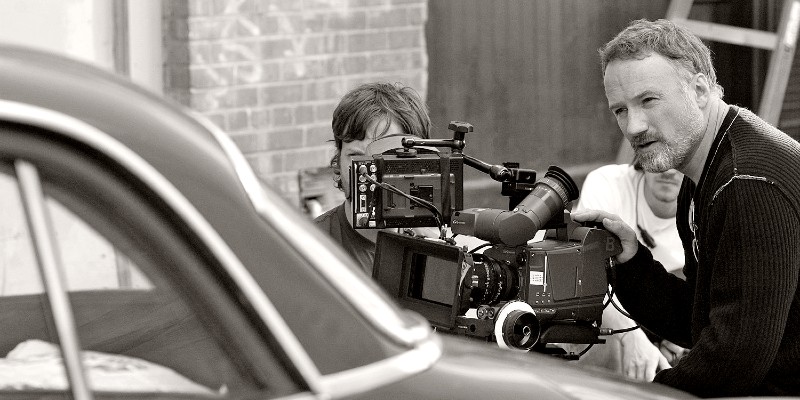 Torso, starring Matt Damon, was supposed to be the next chapter in Fincher's take on American crime. So what happened?

In Underexposed!: The 50 Greatest Movies Never Made (Abrams) Joshua Hull and Posterspy chart the history of films that were almost, but not quite made. Here, they looks at David Fincher’s planned follow-up to Zodiac.

A torso is discovered during an innocent game of tag, setting in motion a cat-and-mouse game between Eliot Ness and the Torso Killer in 1930s Cleveland. This is the plot of Brian Michael Bendis and Marc Andreyko’s six-issue comic book series, Torso, which was originally published by Image Comics in 1998.

In 2006, while busy working on the thriller Zodiac, David Fincher signed on to direct an adaptation of Torso for Paramount. This set in motion his own cat-and-mouse game with the project, which ended up leaving the corpse of an unmade movie for all of us to find.

While working as a cartoonist for Cleveland’s the Plain Dealer, Bendis had unlimited access to the Plain Dealer’s files on the Cleveland Torso Murders. An unknown killer terrorized Cleveland from 1935 to 1938 with a string of brutal dismemberments. The victims were both male and female and ranged in age from early twenties to mid-forties. A majority of the bodies were found headless, but in other instances only the head was recovered. Sometimes referred to as the Mad Butcher of Kingsbury Run, the Torso Killer was never identified or brought to justice.

It’s a horrific true crime story ripe for adaptation, especially for a filmmaker with a history of adapting tales of serial killers for both the big and, eventually, the small screen.

In 1995, Fincher teamed up with screenwriter Andrew Kevin Walker for the graphic serial killer thriller Se7en. With a budget of $33 million and starring Brad Pitt, Morgan Freeman, Gwyneth Paltrow, and Kevin Spacey, Se7en follows two detectives on the hunt for a killer inspired by the seven deadly sins. (One such kill ruined spaghetti until 1998.) Released on September 22, 1995, Se7en took the top spot at the weekend box office with $13.9 million. It stayed at number one for four weeks and ended its run with a worldwide total of $327 million. Four weeks at number one, an Academy Award nomination (Best Film Editing), BAFTA nomination (Best Original Screenplay), and an MTV Movie Award—“Most Desirable Man” win for Pitt—Se7en proved to be a massive success. (So much so that the studio wanted a sequel called Eight that would bring Freeman back as a detective with psychic abilities. Retirement does funny things to the mind.)

Fincher once again tackled the serial killer genre twelve years later, with the true crime thriller Zodiac. Based on Robert Graysmith’s book, the adaptation was written by James Vanderbilt and stars Robert Downey Jr., Jake Gyllenhaal, Mark Ruffalo, and Chloë Sevigny. Zodiac follows the manhunt and investigation into the Zodiac Killer murders that haunted and transfixed the San Francisco area in the late sixties. The $65 million thriller opened March 2, 2007, to the tune of $13.39 million. In the real true crime story of the weekend, Zodiac came in second place behind the Tim Allen/ Martin Lawrence/John Travolta motorcycle movie Wild Hogs. Zodiac fell 50 percent in its second weekend, down to $6 million, and an additional 50 percent its third weekend. Fincher’s latest crime story fell well out of the top ten in its fourth weekend of release.

Signing on to Torso a year before the release of Zodiac, and aging backward on postproduction on The Curious Case of Benjamin Button, Fincher was now ready to head back in time to Cleveland for his next project.

In December 2008, Fincher gave some early details on the adaptation: the cult filmmaker stated the film was a “complete reimagining” of the graphic novel. Arlington Road and The Ring screenwriter Ehren Kruger was brought on to write the screenplay. He took a more nonlinear approach, akin to Akira Kurosawa’s Rashomon. Kruger’s script opens on election night 1947, where Chicago reporter Walt Cahill is trying to lock in an interview with Cleveland candidate for mayor Eliot Ness:

“BACK HOME WE DON’T PLAY COPS AND ROBBERS!
WE PLAY CAPONE AND NESS!”

Ness grants Cahill the interview that goes nowhere until Cahill finds himself in the elevator with a mysterious man in an overcoat. This seemingly random encounter ends with Cahill teased with the one case that has haunted Ness his entire life: the Torso Murders.

From here, the screenplay launches into flashbacks/fast-forwards of Torso discoveries; to Walt diving into the Ness/Torso connection; to Ness rising to power in Cleveland; to his pursuit of the Torso Killer. It’s 128 pages of classic detective work mixed with a burlap bag of body parts.

Fincher put together an untouchable cast of talent for the film. Matt Damon signed on to play the safety director himself, Eliot Ness, and Casey Affleck and Rachel McAdams were both rumored for supporting roles but were never confirmed.

As prep continued for the seemingly untouchable Ness, Paramount was prepping their own burlap bag for the film.

While on paper Ness sounded like a sure bet, Paramount was still feeling the sting from Zodiac’s box office performance. The $65 million thriller brought back a total of $84 million worldwide. That wasn’t exactly a blockbuster performance, and Paramount really wanted Fincher to direct a chef project they were developing with Steven Knight. (More on that below.)

When you put budgetary concerns together with a “We’d kind of prefer it if you made this instead” mentality, and then sprinkle in the fact that Paramount had until December 2008 to get the film in production before losing the rights, you have a bit of a predicament. Which is to say nothing of rumors of disagreements between the director and the studio on Benjamin Button. It seemed like the Torso Killer was about to have another victim.

Paramount let the rights to Torso revert to Bendis and Andreyko. The pair ended up writing their own adaptation of the graphic novel. David Lowery (Ain’t Them Bodies Saints, A Ghost Story) was hired in 2013 to write and direct the film, but that version also failed to get off the ground.

The last attempt was in 2017, when Paul Greengrass (United 93, The Bourne Ultimatum) signed on for the film, once again set up at Paramount. There’s been no movement since.

Fincher turned his attention to adapting Facebook’s origin story for 2010’s award-winning The Social Network. The film garnered eight Academy Award nominations, winning three of them: Best Original Score, Best Adapted Screenplay, and Best Film Editing. It also won four Golden Globes and three BAFTAs. As for his serial killer itch? Fincher turned to Netflix to get his fix in with the 2017 series Mindhunter, based on the book Mindhunter: Inside the FBI’s Elite Serial Crime Unit by retired FBI agent John E. Douglas and coauthor Mark Olshaker.

Ness would have landed fans somewhere between the true crime Zodiac and the gore of Se7en. However, much like the case itself, some mysteries will likely never see a proper resolution. 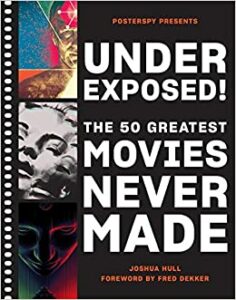 Excerpted from Underexposed!: The 50 Greatest Movies Never Made, by Joshua Hull and Posterspy. Reprinted with permission of the publisher, Abrams Books. All rights reserved.

Joshua Hull is a writer, screenwriter, and filmmaker living in Central Indiana. PosterSpy is a web-based hub for unofficial and official (hobbyist and professional) artworks/alternate posters created to celebrate popular cinema and pop culture. Find them at posterspy.com. 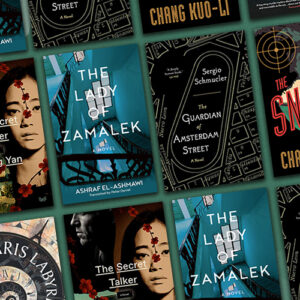 This month's international crime fiction roundup brings you plenty of corruption, coverups, and conspiracies. Sleuths in Iceland,...
© LitHub
Back to top