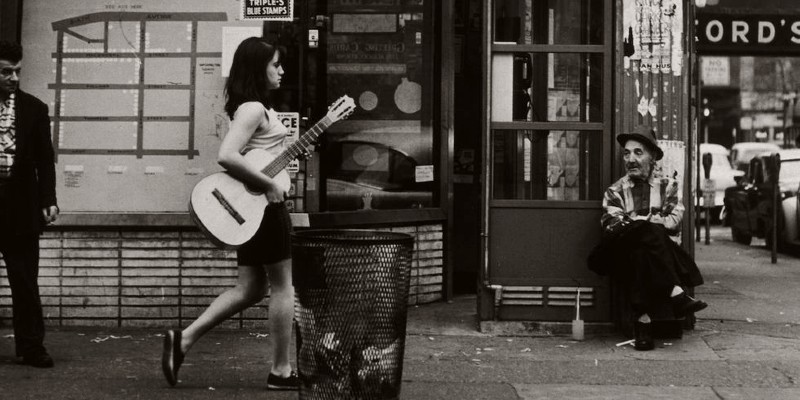 New York writers are used to toiling in the shadows of the greats who came before us. But when I began writing The Bouncer and its sequels, creating a crime series set in the city, I found myself both inspired and intimidated by how many authors had plumbed those depths before me. Since the days of Whitman and Melville, the Bowery Boys and the Dead Rabbits, New York City has always inspired excellence in both writing and crime. And at least since Poe, one has fed the other, giving Gotham’s underworld a rich and varied literature all its own. Here, in vaguely historical order, is a list of some my favorite books about outlaw New York. 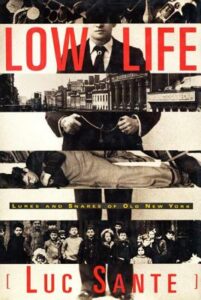 For anyone fascinated with old New York’s underbelly, this is the evil Bible. From the Buckets of Blood on the Bowery to the opium dens of Chinatown, Luc Sante provides an expert, wonderfully readable guide to the history, geography and even the archeology of New York crime, as gangs like the Whyos and the Five Points meet to battle on streets that are buried beneath our feet today. 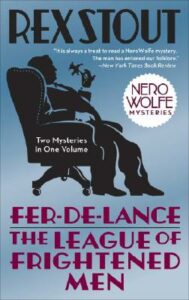 Fictional New York is essentially bristling with private eyes, tough cops and ruthless killers, but for me, Nero Wolfe and his legman Archie Goodwin are the ones who epitomize the Big Apple. Operating from a brownstone on West 35th street, tangling with cops downtown, or dancing at the Flamingo, their many adventures all gleam with the glamour and grime of an old black and white movie. Set from the 30s up through the mid-70s, these books and stories return us to a time when gentlemen wore hats and ladies carried pistols in their purses. And the New York attitude is dead-on: They distrust cops, despise rich phonies, and are total snobs about food. Archie will gladly drive to Westchester to fetch Wolfe fresh squabs. But a trip to Brooklyn? No way. 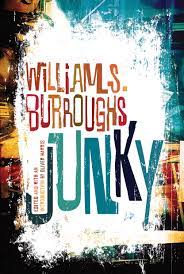 The original. Beat Generation co-founder, notorious addict, and groundbreaking author of Naked Lunch, Burroughs is an American genius and a key figure in post war underground culture. Far less avant-garde than his later works, Junky was written as a cheap, lurid paperback based on Bill’s hard-earned knowledge about scoring drugs, rolling drunks, pulling scams and otherwise hustling his way through the city in the 40s and 50s. It became the inspiration for a thousand imitators, but it is still a great read and a priceless source for old time slang and small time criminal culture. 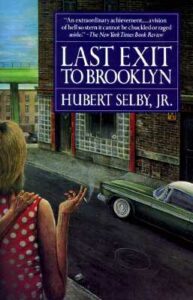 A cry from a pre-gentrified hell.  Selby hammered out a prose that was as sharp, hard, sad, and brokenly beautiful as his world: the docks, alleys, bars and slums of post-war Brooklyn. From petty thieves to corrupt union officials, from waterfront prostitutes to high-class trans sex workers, Selby’s cast of characters are seared into your soul. He was Lou Reed’s favorite writer. Bowie formed a “desperate identification” with the book. The Smiths named an album after one of his stories. Need I say more? 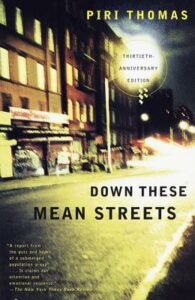 Down These Mean Streets, by Piri Thomas

A sensation upon publication, this is an autobiographical account of growing up poor and angry in Spanish Harlem in the 50s. Of mixed Puerto Rican and Cuban background, the narrator is darker than his family, who are ashamed of their African heritage. He is poor and exposed at a young age to violence and sex. Drawn into the gang life, he becomes an addict and ends up in prison for armed robbery. Upon his release, he began the “soul-searching” that led to this book. An amazing record of the speech, style, subcultures of the time, it is also extremely current in its concern with the intersection of race, gender, sexuality and poverty. Considered a founding text of Nuyorican literature.

A Rage in Harlem, by Chester Himes

The master. Set in Harlem in the 50s and 60s, Himes’ series of detective novels relates the adventures of NYPD detectives Coffin Ed Johnson and Gravedigger Jones. A gifted writer of prose that jumps with life every time one of these books is opened, Himes’ vision of Harlem combines mayhem and music, wild comedy and gritty reality. This first installment involves a scam to turn ten dollar bills into hundreds, a wily junkie disguised as a nun, and a mysterious beauty named Imabelle. I’ve assigned these books to lots of classes and reading groups, and older uptown residents always tell me that, believe it or not, this is exactly what it was like back in the day. 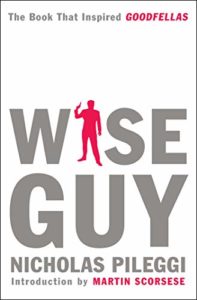 If you love the Mafia—and who doesn’t?—this is the book for you. Best known as the source material for Martin Scorsese’s masterpiece, Goodfellas, this is the first person tale of Henry Hill. I have read a lot of true crime books, but this one stands apart, for the mordantly funny, oddly endearing narrative voice that the Pileggi coaxed out of Hill, and for the wealth of texture, character detail and anecdote: like the time, as a kid in Brooklyn, he saw a would-be purse snatcher grabbed by local hoods and then tossed off the roof of a building, or the trip to Vincent’s Clam House in Little Italy to celebrate his first arrest with the crew. While most books focus on the bosses, and their bigger than life rise and fall, Pileggi gives us the details about day-to-day life as a street-level, working-class gangster. 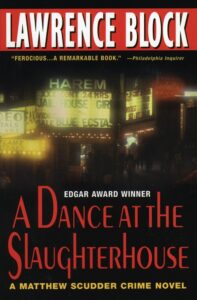 This classic detective series, following the exploits of ex-cop, ex-drunk and currently sober unlicensed detective Matt Scudder, is notable for its psychological intensity, and the depth of its character development, as Scudder evolves and grows over time. It is also remarkable for its portrait of the town, which Block describes with a granular level of fascinating detail. One feels that he has walked every block, ridden every train, eaten every meal, and sat on every barstool, (or AA meeting hall folding chair). 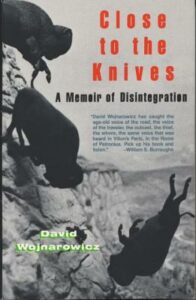 Close to the Knives, by David Wojnarowicz

Painting. Film. Photography. Performance. Direct action. David Wojnarowicz’s work encompassed many practices during his too short career, and whether it was his early involvement in ACT UP, his culture war battles against censorship from right-wing politicians and religious leaders, or his punk-era music and film collaborations, he was a hero of New York downtown culture in the 80s whose work continues to resonate today. He was also a terrific writer, and this collection of thrilling and devastating stories about cruising, hustling and surviving on the streets gives a close-up view of life and death in the early days of the AIDS epidemic. 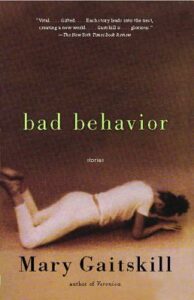 I assign Gaitskill’s stories to my writing classes for many reasons. She is brilliant, hilarious, tragic, dark, original, and writes with a kind of daredevil intensity that makes you hold your breath and then want to applaud when she pulls it off.  It also happens that this book is a fascinating document of life in New York during the 80s, full of addicts, sex workers and other desperate, marginal characters loving, hating, scheming and scamming like mad, hoping to snatch a little love or joy along the way. 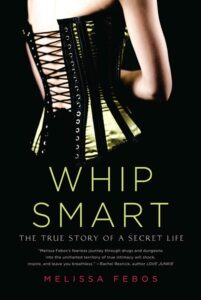 In 1999, Febos came to New York to study writing at the New School. Already addicted to heroin, she began working as a dominatrix, and spent the next four years living a double life, straight A student in the classroom, and highly paid sex worker in the dungeon. Her story is harrowing, but it is also full of grace, humor, wisdom and compassion, a deep attempt to understand not only her own experience but the other souls she met during her journey through a dark underground and eventual emergence into the light. A beautifully written guide to a secret world most will never know. 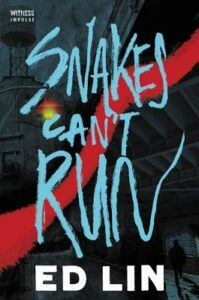 The final book on the list comes full circle: a crime series by a contemporary writer, set in a vanished New York familiar from my own childhood. Raymond Chow is an NYPD detective working in Chinatown in 1976, investigating a human trafficking ring while the threat of terrorism hangs over lower Manhattan. (Except back then it was the FALN, a Puerto Rican independence group, that had everyone on high alert.) Along with the humor, smarts, insight and humanity of his writing, Lin pulls off a double wonder: a detailed portrait of a neighborhood and culture largely unknown to outsiders, and a historical period piece that dives deep into 70s New York. Every word of Lin’s books rings true. 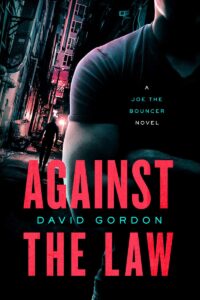 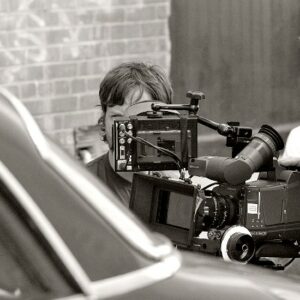 In Underexposed!: The 50 Greatest Movies Never Made (Abrams) Joshua Hull and Posterspy chart the history of films...
© LitHub
Back to top