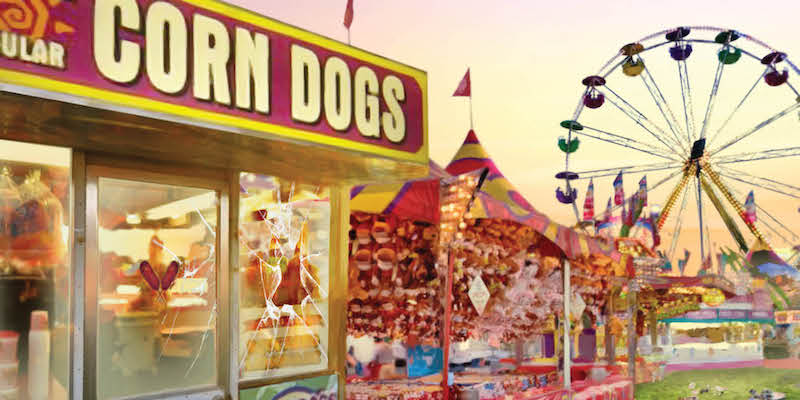 5 cozy mystery series featuring murder in the midst of festivities, to make you feel better about all those canceled events....

Along with dips in a cool lake, corn on the cob, and dripping ice cream cones, nothing says summer like attending a fair or festival. Held coast to coast, most are local events highlighting something special about an area—or whatever garden bounty is in season. One thing they all have in common is the pleasure of gathering together to celebrate life, to indulge in way too much high calorie food, and to have a little fun.

Cozy mysteries are set in close-knit communities—whether rural or urban—so framing a plot around a local event is a natural fit. In Thread and Dead, the second book in my Apron Shop Series, I chose to feature a lobster festival. Inspired by the Maine Lobster Festival held in Rockland, Maine, since 1947, my fictional fest features a carnival, cardboard boat races, pancake breakfasts, and lots of ocean-fresh seafood. My main character, Iris Buckley, who runs a vintage apron and linens shop, not only helps coordinate the event, she judges a wacky lobster bib contest. How wacky? One contestant inquires about the availability of electricity to light his bib.

Lobster festivals are fun, and so are the fairs and festivals in the five cozies I’ve chosen. Any of these will help you while away a summer afternoon, preferably sitting close to water, a cool drink close to hand. 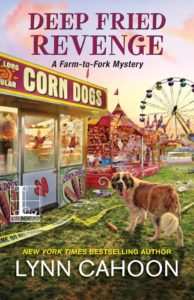 Deep Fried Revenge by Lynn Cahoon (Kensington) has to have one of the best cozy mystery titles ever, even in a genre known for cute and clever. This entry in the Farm-to-Fork Mystery series set in Boise, Idaho, features a classic state fair with livestock exhibits, scary but thrilling rides, and deep fried everything. Main character Angie Turner has entered her restaurant, the County Seat, into Boise’s Best Restaurant competition, where she’s charged to create new twists on fair favorites like corn dogs and milkshakes. She’s up against other local chefs—some friendly, others cutthroat. When the contest is plagued with mysterious mayhem and a competitor is poisoned, Angie ends up with more on her mind than winning the blue ribbon. 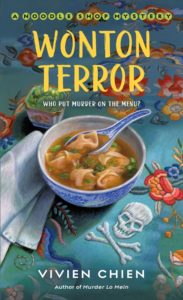 Another culinary-themed cozy is Vivien Chien’s Wonton Terror (St. Martin’s Press), featuring the beloved Ho-Lee Noodle House and sleuth Lana Lee. Lana, a reluctant employee of her family’s business, is tasked with running the restaurant’s food truck at outdoor Friday night Asian Markets, held in downtown Cleveland, Ohio. Parked next to a bubble tea van and barbequed meat truck, Lana is thrilled that Wonton on Wheels, owned by family friends, has also rented a spot. She loves their fried, steamed, and skewered wontons—but the owners’ bully of a son less so. The first night is a success, with Ho-Lee’s truck selling out of several items, but after closing, tragedy strikes. Wonton on Wheels explodes into flames, and Lana Lee finds herself on the case again. 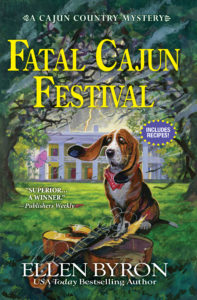 Music is a key ingredient at summer events, and Fatal Cajun Festival by Ellen Byron (Crooked Lane) takes readers behind the scenes of Cajun Country Live!, in rural Louisiana. Maggie Crozat, proprietor of the Crozat Plantation B&B, plans to sell pralines and cheer on a talented up-and-comer, but the arrival of country diva Tammy Barker sets off a chain reaction. First, the former local tries to sabotage her potential rival and literally push her offstage. Then Tammy’s manager is murdered and a band mate is attacked. Maggie, of course, ends up in the middle. Family secrets, hidden crimes, and romantic intrigues combine to create a delicious gumbo of a plot. 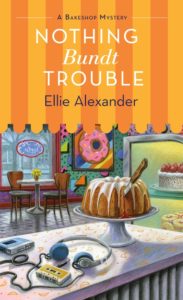 Nothing Bundt Trouble by Ellie Alexander

Nothing Bundt Trouble, a Bakeshop Mystry, by Ellie Alexander (St. Martin’s Press) offers another look behind the scenes—this time the famed Oregon Shakespeare Festival in Ashland. Not only does this celebration of the Bard spans from February through October each year, it’s been around since 1935. Torte’s owner, Juliet Capshaw, and her team are busy gearing up for the season, which they celebrate with delectable baked delights. Then Juliet comes across her late father’s journal from the 1980s—and an unsolved mystery that involves her mother’s new husband, the Professor. As Juliet dives into events of the past, she learns that there isn’t a statute of limitations on danger. 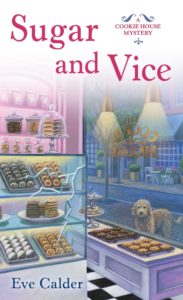 Sugar and Vice by Eve Calder

Finally, what is summer without digging your toes into sand? Sugar and Vice, a Cookie House Mystery, by Eve Calder (St. Martin’s Press), is set in quaint Coral Cay, Florida. Rumor has it that Sir George Bly, a pirate with ties to British nobility, founded the community, and the annual Pirate Fest promotes that notion. When cookie whisperer Kate McGuire and her best friend, florist Maxi Más-Buchanan, dig up a skeleton wearing pirate garb in Maxi’s backyard, they think they’ve found Sir George—and perhaps his lost treasure. But the truth isn’t as simple as that, and Kate finds herself uncovering a trove of secrets. 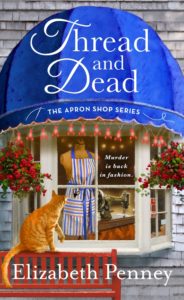 Elizabeth Penney is the author of more than two dozen cozy mysteries, including Hems & Homicide, among other novels. She is a member of the Women’s Fiction Writers Association and the owner of 2 Penney Productions. A former consultant and nonprofit executive, Elizabeth grew up in Maine and now lives in the White Mountains of New Hampshire, where she also operates a small farm. Visit her website to learn more.
https://www.elizabethpenneyauthor.com/

Jennifer Hillier on Being the Murder Mom 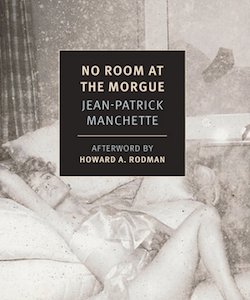 We took the Toronado that was waiting on the muddy path, a short distance from the garden that had gone to seed. The driver...
© LitHub
Back to top