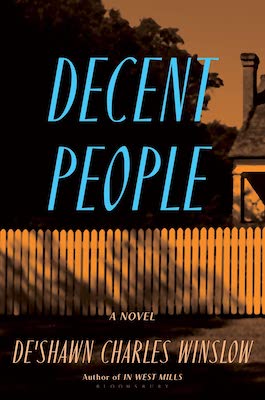 The following is an exclusive excerpt from Decent People, by De’Shawn Charles Winslow. In De’Shawn Charles Winslow’s second novel, also set in the deeply divided and very segregated town of West Mills, North Carolina, three siblings are found shot to death soon after Ms. Jo Wright moves back to town, and she’s determined to clear her new paramour of any suspicion. After all, the three siblings were not well liked, and the professional success of one, a doctor, may have made them all targets of racist violence. And everyone in town appears to have secrets…

Josephine Wright could have kissed the ground, she was so glad to arrive back at her house in West Mills, North Carolina. She looked at her watch. It was seven o’clock. She had been on the road from Harlem since eight o’clock that morning. Typically, the drive took only eight hours. And that allowed for congestion on the George Washington Bridge and the bumper-to-bumper traffic one could count on while passing through D.C. But today there had been a bad automobile accident as Jo entered Delaware. She had crept at a snail’s pace for nearly an hour.

“Home at last,” Jo said, allowing herself to enjoy the stillness in her car. For a moment, she sat looking at the shrublined, redbrick cottage she had purchased three years ago. Jo had bought it in preparation for her retirement in West Mills—the town where she had been born. It was also where, as a child, she had met Olympus “Lymp” Seymore—the man she had waited so long to find, the man she was soon to marry.

Jo got out of her silver ’75 Plymouth Duster—another pre-retirement gift to herself—and began to gather the trash that had accumulated during her drive. A Pepsi bottle here, a Lance nabs wrapper there, and pieces of dried leaves from the rest stop seemed to be everywhere. As she was locking her door, she heard a vehicle turn into her driveway. It was Nate Seymore, Lymp’s son, who lived just a handful of houses to the left with his mother. It was just like Nate to stop and say hello. A southern gentleman, like his father.

But when he got out of his brown pickup truck, he did not greet Jo with the cheerful, dimple-showing smile he usually donned—the smile he had inherited from Lymp. Nate looked solemn and exhausted.

“A whole lot happened today, Ms. Jo,” Nate said, hands stuffed into his butterscotch leather jacket’s pockets. “Can we go inside and talk?”

“Well, that’s what I want to talk to you about.”

“If something’s happened to your father, tell me now,” Jo demanded. “Where is he, Nathaniel?”

“He’s home. But I wouldn’t say he’s all right.” He gestured toward her front door and they went inside, where Jo refused Nate’s recommendation that she sit.

“Marian, Marva, and Laz are gone,” he announced.

“They’re dead. Somebody shot ’em in their house.” Nate had just delivered the news as though telling her what he’d had for breakfast.

“Yes, ma’am. And that’s only half of it. People trying to pin it on Lymp.”

Jo was not religious. But who else do you call on when you hear that your fiancé is suspected of murdering all three of his half-siblings?

“Yeah,” Nate said. “With him not gettin’ along with them too well, folks’ imaginations running wild. Their mouths are, too.” Jo brought both hands to her temples.

“Nate, tell me all that’s happened. Don’t leave anything out. Then I want to see your father.”

Angela Glasper, Marian’s receptionist—she was also one of Nate’s closest friends—had found the Harmons’ bodies in their large home. When they hadn’t shown up at Marian’s clinic, Angela knew something was wrong, and she went looking for them, Nate explained. Their bodies were at the foot of their staircase when Angela spotted them. Lazarus had been shot in the head. Marian and Marva were both shot in the chest. The coroner believed they’d been dead for nearly two days—killed on Saturday night.

Found dead at the foot of the staircase. The image made Jo shudder. Jo remembered the entire house quite well. Some referred to it as a mansion. It sat off in a remote corner of West Mills, near the Virginia line. It was large, white, with columns and a balcony on the second level. The Harmons had always been the most monied family on the west side of the canal—the Black side. Jo recalled hearing grown people speak about how strange it was for a colored family to live in a house of that size—and not be working in it.

Jo and Marian were the same age, Marva a couple of years younger. Lymp was three years Jo’s junior. Jo barely knew Lazarus. When she moved away from West Mills at the age of twelve, Lazarus—most people called him Laz—was only two, maybe three years old.

“I know what you mean. I can’t believe it, either. It just don’t seem real.”

Lymp must be beside himself. For people to assume the worst of him just because he had a strained relationship with the Harmons was ridiculous. It was outright offensive. Jo knew people who hadn’t spoken to their siblings in decades. That didn’t mean they’d kill them. Were the Harmons at the top of Lymp’s Christmas gift list? No. But they were his sisters and brother, flesh and blood.

The four of them shared a father—the late Mr. Jessie Earl Harmon, a pillar of the Black community. Lymp had been quite close to his father, he had shared with Jo. One evening in ’73—it was their seventh or eighth date—Jo and Lymp went out to the Elks Lodge for dinner.

That night, Lymp told Jo all about his relationship with his father. Jessie Earl had wanted all four of his children to be close-knit, since he had been an only child. “If I was any more different from them, I’d be a cow, or a bird or somethin’. I don’t have a thing in common with those three,” Lymp said. “I stayed here. They all moved away. Hell, I can count on one hand how many times I’ve even traveled outside of Carolina and Virginia. Marian and them been to other countries. All three of ’em been to college and so forth. Only time I’ve been on a college campus was to go looking with Nate when he was thinkin’ about enrolling. That was ten, eleven years ago. Before that, I never stepped foot on a campus.”

Jessie Earl’s health began to fail in ’64, and in early ’65, he was dead. A few mornings after his funeral, Lymp and his mother were sitting at their kitchen table. “Mama said, ‘What in the world do they want, I wonder?’ So, I looked out the window and it was the three of ’em, stepping up on the porch. Anyway, Marian come to ask me if I’d look after the house.”

“The house you were hardly ever invited to?” Jo asked. “Some chutzpah, she’s got.”

Lymp continued. “Well, Marian said, ‘I’ll pay you.’ I told her she ain’t have to pay me to look after my own brother and sisters’ property. You won’t be able to guess what she said to me, Jo. She looked me straight in my face and said, ‘Don’t be stupid. These two don’t own anything. It’s my property now.”

Jo dropped the French fry she was holding back onto her plate and said, “What in the . . . when did she get so mean? My God!”

“Crazy, ain’t it? I know. Marva was nicer that day, though. She thanked me and all. Laz just stood there looking crazy. I don’t know which one of them is the strangest. Mama used to say all three of ’em is nutty as fruitcakes. God rest her.”

In ’71, the Harmons moved back into the mansion in West Mills, and Marian opened Friendly Pediatrics in ’72. Marian was the only Black physician in the town—likely the only one for at least a hundred miles, maybe more. Marva was the nurse, though there was a rumor that she lacked the credentials. Laz was simply their driver. Some joked that he was also their bodyguard.

“So, Marian hired some guys to do the things I’d had been doing on the property ever since Jessie Earl died. I ain’t been in there since. I drive by it sometimes, just to make sure they ain’t let the place fall to pieces. Making sure they ain’t fallin’ to pieces, too.”

“See. You were his favorite, Lymp.” She smiled at him, but he didn’t return it. He looked pensive.

“He didn’t have to ask me to look out for them, Josephine,” Lymp said. “They my flesh and blood. I’d do that either way. And I do try to look out for ’em. I really do. But they grown. And they don’t want no parts of me. So, I go on ’bout my business and leave them to theirs. I know they don’t give a damn ’bout me. But I care ’bout them.”

That was the kind of man Lymp was. And that was the kind of man with whom Jo wanted to spend the rest of her life. For a couple of minutes, Jo and Lymp ate their burgers and fries without speaking. Just as she was about to ask Lymp a question, she glanced up to find that he was gazing angrily at his plate, his fist clenched, breathing heavily, lips drawn together.

She reached across the table and took hold of his wrists. “Lymp?”

“What?” He seemed startled, as if awakened by a loud alarm clock. “I’m sorry. Sorry ’bout that, Josephine. I just—I just get so pissed off just thinkin’ ’bout them sometimes. I’m sorry.”

She could see in his sad eyes that he meant it. But he hadn’t opened his fist, so she gently palmed it, massaged it until he relaxed.

Having sat back down to avoid attracting unwanted attention and eager to end Lymp’s discomfort, Jo said. “It’s okay, baby. It’s just fine. We all get frustrated sometimes.”

Lymp didn’t eat any more of his food. Nor did Jo. She couldn’t eat when she felt nervous. And that was how the episode made her feel. She’d seen rage bubbling just beneath the surface.

But Lymp had not yelled or even raised his voice. He had not displayed any violence—the kind that Jo had once, as a young girl, witnessed from Jessie Earl. If Lymp had a mean streak like his father, he would’ve hit that table. He might have even flipped it over. Right?

They sat quietly. A couple of people walked by and said hello. They paid the bill and left.

After that evening at the lodge, Jo decided not to mention the Harmons unless Lymp mentioned them first. And whenever he did, she would steer the conversation somewhere else. Jo couldn’t bear to see him have another of those episodes. She hadn’t liked the glimpse of rage she had seen in him. And she was glad she hadn’t seen it again. 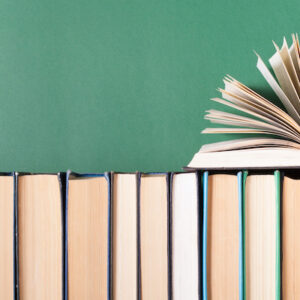 10 Crime Books By Writers of Color That Should Not Be Missed If you’re a fan of crime fiction and you’re not reading books by writers of color, you’re missing out big time. Oh, the places...
© LitHub
Back to top