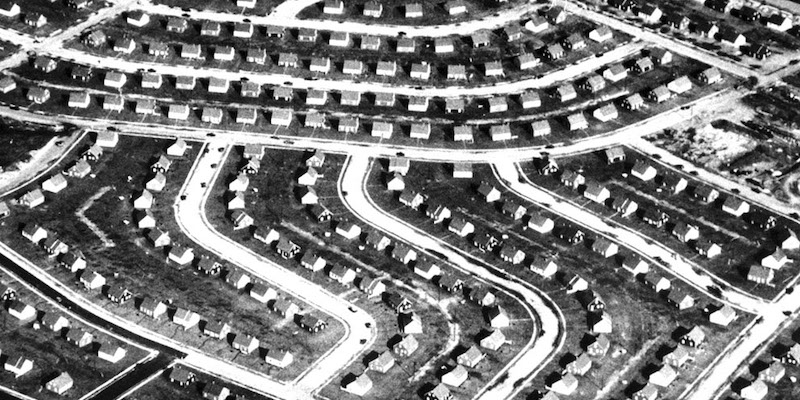 "In the suburbs, it was more of a crime undertow than a crime wave. This lawlessness tended to happen behind the locked doors of split-level homes."

The suburbs are safe. They’re clean and orderly and civil. At least, that’s what my parents used to tell me whenever I asked why we lived there, instead of somewhere exotic and exciting, like Greenwich Village or the Left Bank. Long maligned for their boredom, conformity, and status-consciousness, the subdivisions and planned communities that sprouted during the Baby Boom years continued to be a big draw for one main reason – their promise of providing a safe haven from the perilous cities they surround. It was better to endure the boredom of a pot-luck dinner party than suffer a mugging.

Or so I was told. For me, the suburbs soon became something quite different than the sanctuaries described by my parents. As I grew older, I came to see them as places of shadowy menace, where the flaws, temptations and transgressions of humanity are just as prevalent as anywhere else. The difference between them and the inner city isn’t that people behave better beyond the  beltway. They’re just better at hiding the wrong they do. Given the evolution of my thinking about the suburbs, it was only natural that I set the crimes featured in novels such as Security, Human Capital and the forthcoming Locust Lane on their leafy, deceptively sedate cul-de-sacs and lanes.

My family was archetypically suburban. My parents were both born in working class, inner-city Detroit in the 1930s; both were the first members of their families to graduate from college. They moved to a cozy Chicago suburb soon  after their marriage and never looked to the city again. As my father climbed the corporate ladder and my mother raised four children, they migrated from one suburb to another, orbiting cities that they entered only if absolutely necessary.

Throughout my youth in the 1960s and 1970s, ‘the city’ became shorthand for peril. An excursion to an Orioles game, a Broadway play or a fancy restaurant like Momma Leone’s was a nervy expedition that might be rewarded with a glimpse of Joe Namath or Mickey Mantle, but also risked violent catastrophe. This truism was particularly prevalent in popular culture, where cities were often cast as hellscapes in which crime ran out of control. I consumed Young Adult novels like The Cross and the Switchblade about heroic kids resisting the siren call of street gangs. The first cop show I watched faithfully was Adam-12, in which two white knights of the LAPD prowled the urban landscape, imposing order and justice before returning, presumably, to their  orderly  suburban  enclaves. As I became old enough to watch grown-up films, those that dealt with crime invariably cast cities in a dystopian light, full of shadowy danger and endemic corruption. The French Connection, Serpico, Dirty Harry, Taxi Driver – cities were swamps that needed to be cleaned up and cleared out, often with righteous violence.

The news media carried a similar message. Famous anchormen like Walter Cronkite narrated reports in which inner city riot footage competed with Vietnam to fuel our nightmares. During the disturbances following the assassination of Martin Luther King Jr, parents worried that our quiet, elm-lined streets were on the verge of being overrun by angry residents from nearby Newark. (Nobody seemed to consider the fact that these people were enduring terrors of their own.) There were two Americas, and I lived in the safe one.

From an early age, I was aware of a different suburban reality than the one my parents and the media were describing.

The truth on the ground proved very different. From an early age, I was aware of a different suburban reality than the one my parents and the media were describing. As my eyes opened, I saw plenty of crime and violence around me. It just wasn’t happening on street corners. Nobody was making movies about it. In the suburbs, it was more of a crime undertow than a crime wave. This lawlessness tended to happen behind the locked doors of split-level homes. There was, for example, the father of my best friend from elementary school, a successful IBM executive who savagely beat his wife without legal consequence, putting to lie what we were told about spousal abuse being a working-class phenomenon perpetrated by drunken men in ‘wife-beater’ T-shirts. And then there was the father of my senior prom date, a successful accountant who one day disappeared without explanation, literally leaving everything behind. I was later to learn that he had gone into a witness protection program after agreeing to testify against the organized crime outfit for which he worked, leaving his family to discover that he led a secret counter-life, complete with another wife and children.

There was my brother’s close friend from high school, a talented athlete and excellent student who won admittance to West Point, only to be arrested soon after for rape, a charge for which he was eventually convicted. The parents of my cross- country teammate committed suicide after it was discovered that the father, mayor of our small town, was guilty of what might generously be termed ‘financial irregularities.’ And then there was the respected member of my parents’ church who killed a child in a hit-and-run accident. His crime was known by a number of parishioners, none of whom were sufficiently moved by the Holy Spirit to call the police. Instead, it was left to an intrepid local detective to crack the case by matching a chip of paint from the boy’s shattered body to the perpetrator’s Rolls Royce.

The most memorable crime that touched me personally during my formative suburban years was the abduction of my brother’s best friend Jim, a smart and gangly kid who would go on to become James Comey, FBI director and nemesis of Donald Trump. It was an incident that Jim has since credited with launching his career in law. My brother and I heard about it from Comey himself, who one day arrived at our door in our affluent New Jersey suburb to tell us that he and his brother had just been held hostage by a home invader. The perp, the notorious ‘Ramsey Rapist,’ held fifteen year-old Jim and his brother Pete at gunpoint, then locked them in a bathroom as he ransacked the house. The boys were able to escape and alert the authorities, although the man slipped away, and no one has ever been prosecuted for the crime. Needless to say, it was terrifying, not just because it happened to a friend, but also because it proved to my sixteen year-old mind what I already strongly suspected: contrary to popular belief, the suburbs held dangers of their own.

It was through experiences like this that I developed the world view that continues to influence my books. I write about crime, but not in the way I was taught by the novels, films, television, and received wisdom of my youth. Rather, what has always fascinated me is the transgression that is whispered about, not shouted; the evil that happens where it isn’t supposed to. For me, mean streets have always had names like Azalea Circle, Morning View Terrace – and Locust Lane. 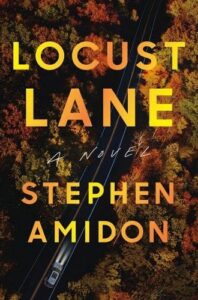 STEPHEN AMIDON was born in Chicago and grew up on the East Coast. He lived in London for twelve years before returning to the United States in 1999. He now lives in Massachusetts and Torino, Italy. His books have been published in sixteen countries and include two works of nonfiction, a collection of short stories, and seven novels, including Human Capital, adapted as a film directed by Marc Meyers in 2019, and Security, also adapted as a film and released by Netflix in summer 2021.

The Art of Stories Within Stories 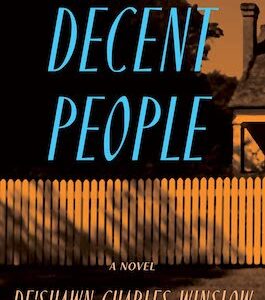 March 1976 Josephine Wright could have kissed the ground, she was so glad to arrive back at her house in West Mills, North...
© LitHub
Back to top