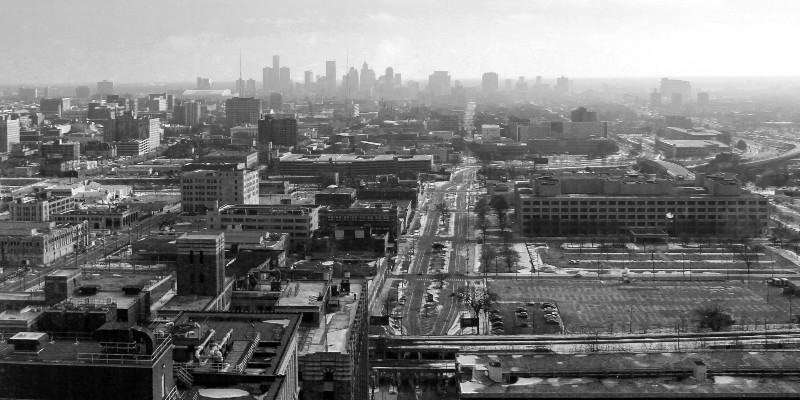 Murder and Mayhem in the Motor City

I dare to suggest that Detroit has a bit of an image problem these days. But I’m an outsider, so what do I know? Here’s Michigander author Stephen Mack Jones’s character August Snow, a man very dedicated to Detroit, a true son of the Motor City, returning to his hometown after a couple of years of self-imposed exile:

‘So I returned to a city where happiness is usually a matter of finding contentment in an acceptable level of intangible fear, unfocused loathing and unexplainable ennui.’

August Snow is a denizen of Mexicantown, in southwest Detroit, but finds himself trawling throughout the city, the barely inhabited former industrial wastelands to the luxury mansions of Grosse Point. The August Snow series now has three novels – August Snow (2017), Lives Laid Away (2019) and, most recently, Dead of Winter (2021). August was a Detroit cop faced with everyday corruption throughout the force and the local political system. He took on the city and got himself a sweet US$12 million wrongful dismissal settlement, which is enough to get the hell out of Dodge and put your feet up somewhere where it’s warm all year round. Instead he can’t help getting involved in other people’s business while also put those millions to some good work in the community. In August Snow it’s murderous shenanigans at a private wealth management bank; then in Lives Laid Away it’s an anonymous young Hispanic woman dressed as Queen Marie Antoinette and dead in the Detroit River (a fairly unique murder victim in any city I’d venture); and in Dead of Winter a good friend of August’s tortilla empire is being blackmailed out of his control. The crimes are often a little kooky, and sometimes things go a little noir, but the August Snow books are all about how sometimes you just gotta stand up for friends and community.

Loren D. Estleman’s Detroit Novels series is unalloyed darkness, alternative underworld histories of the Motor City and its ethnic gangs from the 1920s onwards. Whisky River (1990) starts the series and opens in Prohibition-era Detroit with a steady flow of liquor across Lake Erie enriching the Purple Gang, the Unione Siciliana, and the Little Jewish Navy. Book 2, Motown (1991), jumps to 1967 and the city’s race riots and those oh-so-Detroit muscle cars of the era. Later books in the series tackle corruption in baseball, Ford, the Edsel and union busting, excess in 1970s Grosse Point, the influx of money, jobs and crime during World War Two when Detroit built the tanks and bombers and, finally, in the last book of the series Thunder City (1999) we go all the way back to the start of the twentieth century, Henry Ford coming to town, a wave of European immigration, and the birth of modern Detroit. Estleman’s Detroit Novels skip around backwards and forwards in time, but it’s not important to read them chronologically or, particularly, in order. Estleman’s stated aim with the series was, ‘to tell the story of America in the twentieth century through the microcosm of Detroit’ and by the time you reach book seven you’ll have a pretty good knowledge of the underground and unofficial history of the city.

Loren Estleman has to be a candidate for one of the most prolific authors ever featured in a Crime and the City column. As well as the Detroit Novels (and a whole bunch of Westerns too) his twenty-nine books series (yes, you read that right – 29) featuring Amos Walker are mostly set in and around Detroit. Walker, a Vietnam Vet and former military policeman, is a Private Investigator living on the Detroit-Hamtramck border. In the first book in the series, Motor City Blue (1980), it’s 1980. The last book in the series, When Old Midnight Comes Along (2019) has Walker ageing well and still on the trail of the dead, missing and suspect in and around Detroit. And if that’s not enough Detroit for you Estleman also authored the Peter Macklin series featuring a professional killer with ties to the Detroit mob. There are four books in the Macklin series and, if I had to recommend one, it would be the third, Any Man’s Death (1986), where the Detroit mob erupts into civil war.

And one more series. With permission from Lee Child, Dan Ames writes the Jack Reacher Cases series, but he also wrote the Grosse Point Pulp trilogy featuring Private Investigator John Rockne and all set in the well-to-do Detroit suburb. In Dead Wood (2014) a professional killer who idolizes Keith Richards comes to town (which, you have to admit, is a seriously scary prospect). Then in Hard Rock (2014) Rockne is up against another contract killer, and finally in Cold Jade (2015) Rockne is on the trail of a missing rich girl living another, very different life from her Grosse Pointe upbringing.

And, as you might have suspected, I’ve saved the traditional ‘And finally…’ slot for something and someone very special – “The Dickens of Detroit”, Elmore Leonard. Born in New Orleans in 1925 the Leonard family settled in Detroit in 1934, his father working for GM. Asked once why he wrote so much about Detroit and set so many novels there he flippantly replied, “If I lived in Buffalo, I’d write about Buffalo.” But we all know that there is something unique about the rags to riches to rags tale of Detroit that enthralled Leonard. As a writer he often wrote about other places, but like Dickens and London, Leonard and Detroit were made for each other.

Consider – does it get anymore 1970s Detroit than Frank and Stick with their ‘Ten Golden Rules for Successful Armed Robbery’ in Swag (1976)? Anything more Michigan-tough than Nancy Hayes and Jack Ryan in The Big Bounce (1969)? A better book about how you can get out of Detroit but somehow it always comes and find you than Al Rosen in The Hunted (1977)? Any greater crim-cop love than Jack Foley and Karen Sisco in Out of Sight (1996)? A tougher Motown cop than Chris Mankowski in Freaky Deaky (1988)? You get my point. Nobody writes Detroit and Detroit characters like Leonard. And he wrote a lot of books – too many for me to list every Elmore Leonard Detroit book here.

So maybe we need a starting point and I’m going to spin the wheel and plump for City Primeval – ‘Oklahoma Wildman’ Clement Mansell murders a crooked Motown judge and now has Detroit homicide Detective Raymond Cruz on his tail. The original 1980 edition of the novel was subtitled: “High Noon in Detroit”. Good enough for you?

OK, so Detroit’s having a tough time in many ways at the moment, but when it comes to crime writing the Motor City is rich and bounteous. 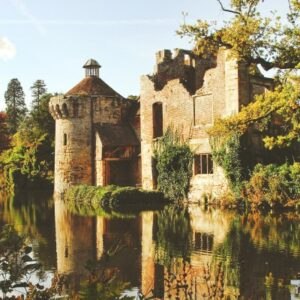 As a writer, I’m often asked about where my ideas come from – and it can be a difficult question to answer. In truth,...
© LitHub
Back to top