The Diplomat Detective, from Graham Greene to Javier Marías

Diplomacy is one of those things that seems always to be in peril, probably because, like a septic tank or a knee ligament, we hardly ever think of it unless it’s breaking down. So perhaps it’s unfair to make any grand claims about our current epic and the lost art of colloquy. Still, if not worse, the era’s diplomacy certainly does seem to be a little unhinged. While the regimes in D.C. and Moscow are locked in a complicated, possibly erotic folie à deux, a spymaster secretes himself into North Korea to initiate talks with a leader long labeled a “madman,” a trade war nobody seems to want escalates between the world’s most powerful economies, and Nikki Haley is left holding the bag at the United Nations.

In times like these, I like to read from my own personal favorite sub-genre of crime literature, located somewhere between spy fiction and existential mystery, a grouping of books I like to think of as “Diplomacy Noir.” These are, by and large, world-weary stories shot through with dread, resignation, and more than a little gallows humor. The question they pose can never quite be answered, even after political tensions settle and the bureaucrats go home.

Here are nine of the very best novels that make up “Diplomacy Noir.” 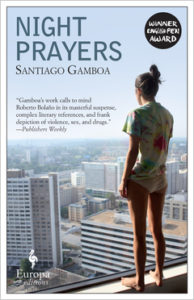 Gamboa’s work might well be the high-water mark of diplomacy noir. Like his fictional avatar, Gamboa served as Colombia’s cultural attaché in New Delhi. The role proves a useful one for an investigator. Officially, he’s obliged to look into all manner of delicate situations, whatever kind of trouble Colombians abroad happen to find themselves in. His duties are mostly bureaucratic, but like any good PI, Gamboa (the fictional) finds himself driven toward obsession, mostly by his own demons or by his sense of compassion and decency, or quite often both at once. In Night Prayers, the attaché is summoned to Bangkok to help Manuel, a young Colombian locked up in a notorious prison on drug trafficking charges. Gamboa sets off to find the boy’s sister before he’s executed, and as the search unfolds, the siblings’ past reflects the tragedy of Colombia’s contemporary history. 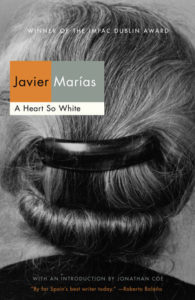 Javier Marías, A Heart So White

At the heart of every Marías novel is an investigation of one kind or another. In A Heart So White, it begins subtly, with a newly married couple and a question that niggles at Juan, the groom: What now? That query spirals out until Juan is looking into his own family’s hidden past: a suicide, a mysterious marriage, a string of secrets. His investigations play out adjacent to his diplomatic service. Juan is a translator for the UN, as is his wife, Luisa. Their courtship, played out during the simultaneous translation of a tense negotiation, is one of the more finely drawn scenes in modern literature. Juan shuttles back and forth between Madrid and postings in New York, where his friend, Berta, another UN translator, subjects herself to a string of lousy men through a video dating service. Marías uses the forms of bureaucracy and translation to astonishing effect, the novel a series of missed connections and barely altered meanings leading toward a chilling conclusion. 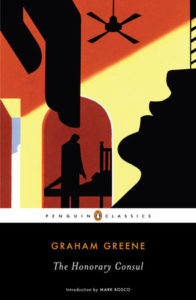 Greene’s work, especially the entertainments and hybrid novels, usually gets lumped into the spy fiction category, though often the international intrigue has very little to do with intelligence operatives. Greeneland is full of schemers, hustlers, smugglers, firebrands, whiskey priests, and anglers of all types—the perfect cast for a diplomatic scandal. In The Honorary Consul, a backwater on the Argentine-Paraguayan border finds itself at the center of a political maelstrom when freedom fighters hell bent on kidnapping the US Ambassador accidentally take the British Consul instead. The Consul is inept, pitiful, cuckolded, and of no particular importance to anyone, except possibly Greene’s protagonist, the cuckold trying to wipe his conscience clean. The negotiations over the Consul aren’t exactly on the Yalta level, but the screwball mischief gives way to a rather jarring pathos, as the characters’ fates intertwine and begin to careen. 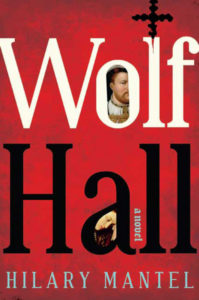 Isn’t Mantel’s masterpiece really an international thriller, at heart? Her hero, Thomas Cromwell, is the ultimate diplomat—sent abroad as a boy, educated in many customs and trades, a creature of the market and the port. Returned to England, he enters the service of Cardinal Wolsey, England’s de facto foreign minister (of the moment). Cromwell has to deal with all manner of spies, frauds, and delegates in order to serve his throne, protect his own family, and most importantly, to keep his master satisfied. Henry VIII demands mountains be moved, and he doesn’t well care what nefarious means are undertaken to get him what he wants. (Anne, an heir, Anne’s head…) Cromwell always plays it close to the vest, assuming the worst in all mankind (except his own loyalists) and proceeding accordingly. Wolf Hall is perhaps the finest example of diplomatic noir as epic historical fiction. 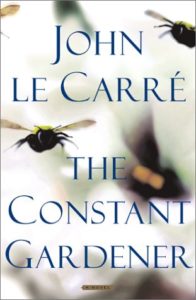 Besides writing the most celebrated spy fiction of all-time, John le Carré also has an honored spot in the rolls of Diplomacy Noir, thanks to his 2001 novel, The Constant Gardener. The action takes place outside the familiar Cold War confines, but le Carré’s insight into the lives of diplomats stationed abroad in the modern era is no less astute.  After his young wife, Tessa, is murdered, Justin, an official serving on the British High Commission in Nairobi, delves into the shadowy world of pharmaceutical testing in Africa, earning the ire of both corporate and government forces. The movie version, released in 2005 and starring Ralph Fiennes and Rachel Weisz, is one of the very best le Carré adaptations. 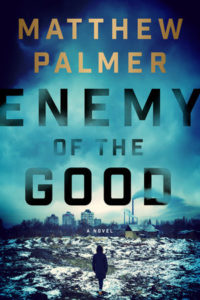 Matthew Palmer, Enemy of the Good

Palmer, lately the Director for Multilateral Affairs in the State Department’s Bureau of Asian and Pacific Affairs, has an impressive string of thrillers to his name, all revolving around the exploits of diplomats, foreign officials, international business interests and various shady types. Palmer often gets credit for his true-to-life depictions of the backchannel negotiations guarding US interests abroad. In Enemy of the Good, a half-American, half-Kyrgyz foreign service officer is dispatched to Kyrgyzstan, what she expects to be an uneventful posting, until she’s recruited to go undercover into a prison to liaise with the leader of an armed opposition movement. Sure, it’s not the most buttoned-up diplomatic story, but if you’re looking for a bit of authenticity mixed in with some mystifying stunt-work, Palmer’s books are a great bet. 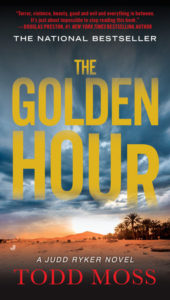 Moss, a former Deputy Assistant Secretary of State, has struck on one of the higher-octane premises in the sub-genre. His hero, Judd Ryker, heads up the State Department’s Crisis Reaction Unit. His working theory (which lends the series’ debut its title) is that after a major geopolitical event, diplomats have a hundred hour period to backchannel and work their magic in the name of restoring order before a country’s political infrastructure suffers lasting damage. In The Golden Hour, the coup happens in Mali, terrain that Ryker knows well. His team is summoned in to help keep the situation from worsening. The next four days are filled with secret meetings, shifting alliances, and a few rogue diplomats fighting for regional order. The politics of the series might occasionally be troubling, but the fast-moving action keeps the pages turning. 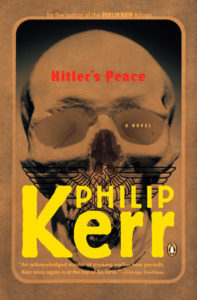 Kerr’s standalone political thriller reverses the usual order, with a spy turned diplomat dispatched to the famed Tehran Conference in 1943, charged with deciphering the Allies’ positions and just what, exactly, Germany is trying to achieve. Like his Bernie Gunther novels, Kerr works in the realm of deeply studied, slightly alternative history. Here, he takes as his premise that Hitler and Himmler are both working secretly (and separately) to sue for peace to bring WWII to an end (an end that doesn’t utterly devastate Germany). FDR sends a dashing OSS man, Willard Mayer, to Tehran, trusting in the young man’s perceptiveness and his untested political acumen. Kerr was a master of the era’s prevailing political ideologies, the abstract theories that, when put into practice, shaped the modern world as we now know it. 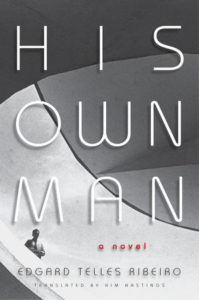 Edgard Telles Ribeiro, His Own Man

This Brazilian novel tells the story of a promising young diplomat working his way through the ranks of a military junta recently in control of the country. Max, as the man is known, is a diplomat through and through—charming, strategic, and in service to his masters, but most of all to himself. The novel offers up a portrait not only of corruption of the military-industrial variety, but corruption of the self. Ambition and opportunism take priority while ideals and friendships are sacrificed. One of the more powerful Brazilian novels to hit the US in recent years. 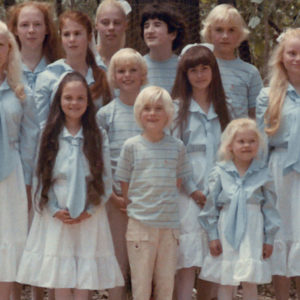 In this exclusive excerpt from The Family, a work of investigative reportage from Chris Johnston and Rosie Jones, we learn...
© LitHub
Back to top