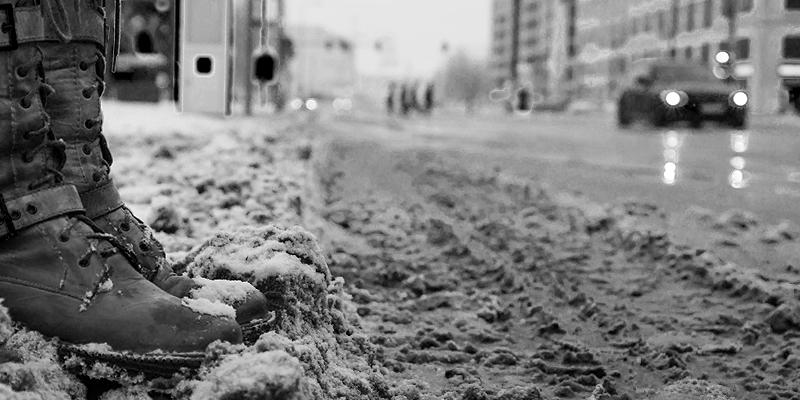 What is it about the Midwest that makes for such a great mystery setting?

Bleak, bone-chilling settings. Dark days and darker nights. A cheerless snow globe filled with tormented characters doomed to collide. Where brutality rings as true for the elements as it does the violence these characters do unto one another.

These are the components of Nordic Noir, a subset of crime fiction that often takes place in Scandinavian countries such as Norway, Denmark, and Sweden—to name a few.

But what about the Midwest?

Come along with me, and we’ll explore my world of Black Harbor, writing as a social experiment, and the Midwest’s endless potential as a setting for crime fiction.

Quite simply, Midwestern Noir is what happens when you take all the elements of Nordic Noir and plant them in what even midwesterners refer to as “the middle of nowhere,” about 3,500 nautical miles west of Scandinavia.

As a reader and an author, I’ve discovered a truth about this region of the world, which is that not only is it underrepresented in crime fiction—it’s also egregiously underrated. Because, this “middle of nowhere,” as it turns out, is a frightening place to be.

Help could be hours away.

Consider farm country, a grid of corn mazes and fields that harbor who knows how many unmarked graves. Antique houses are perched atop dirt floor cellars, with barns out back that are slat board armories of pitchforks and saws and rusted rakes.

The elements are always out to kill you.

Of course, there are the remote northwoods, peppered with bear traps and dead man’s falls. If the raging river current doesn’t carry you off, something else will. Here, the trees tower high enough to blot out the sky, not to mention a cell phone signal.

No one will hear you scream.

The Midwest isn’t completely distant and desolate. In fact, the once booming cities are some of my favorite writing playgrounds, for they are the ghosts of industry, with their ramshackle buildings and defunct factories, vacant warehouses with broken windows that are now yawning mouths waiting to swallow trespassers whole.

The scariest thing about these has-been industrial hubs is that, when industry moves out, crime oftentimes moves in. Such is the setting for my Black Harbor suspense series which includes Hello, Transcriber, The Widowmaker, and a third novel coming fall 2023.

The Black Harbor series features a small, fictional city set in Wisconsin where broken souls and bad people make themselves at home.

It all started with a bridge, the coal-black railroad bridge that stretched over the river. I thought of people jumping from it to escape, and I wondered…what kind of place has such a hold on them that they believe the only way out is down?

The answer was Black Harbor.

Sticking to One Setting

With its snow-covered streets and black plastic bags rolling by like tumbleweeds, Black Harbor offers a monochromatic backdrop. The true colors of its residents—for better or for worse—are stark in contrast.

Throughout the series, the characters are transient, while Black Harbor is constant. Choosing to keep the setting was a conscious effort made for the following reasons:

The novels are standalone. Each book features a fresh cast, which means that readers can enjoy venturing into Black Harbor through the eyes of any protagonist, without having read the book that precedes it. I do think it’s more fun if you read them in order (I know, I’m biased), because there are characters who pop in from previous books to say, “Hello,” but it isn’t a prerequisite.

As a writer, I can delve into different parts of the city. After Hello, Transcriber, I realized that, for all its pitfalls and dangers, I loved Black Harbor, and readers did, too. Why leave a world that I’d already established and knew so well? More importantly, why leave a world I was still so curious to explore? While much of Hello, Transcriber happens in the nucleus of the city around the police department and the suicide bridge, The Widowmaker takes us to Black Harbor’s crumbling shoreline and the mansions that are being swept away into Lake Michigan.

Writing novels, especially of the crime fiction variety, is a social experiment. First, I like to build the bones of my characters: their desires, their quirks, their greatest fears, etc. Then, I construct the grimmest, bleakest, most hopeless setting I can. Finally, I drop in my characters and see how they react—to the atmosphere, to external conflicts, to one another.

With this formula, I’ve discovered that, at their best, you get characters who are morally grey, and at their worst—utterly deplorable. Because, at least in my experience, characters, like non-fiction folk, are often products of their environment. It’s their makeup in addition to their circumstances that creates each one’s unique equation.

In my debut novel Hello, Transcriber, police transcriber Hazel Greenlee wants nothing more than to leave Black Harbor. She believes that writing a novel could be her ticket out, but what she fails to account for is her brokenness and her vulnerability, because when one detective shows her a glimmer of kindness and a front row seat into a harrowing investigation, it could be enough to keep her in the clutches of the place she was once so desperate to escape.

Just as much as the criminals are a product of Black Harbor, so too is Detective Nikolai Kole. Hellbent on doing right in a world of wrong, he sometimes crosses the line and acts on impulse and instinct; his ability to see things in black-and-white is also his downfall, as he, himself, lives in the grey.

When we return to Black Harbor in my second novel The Widowmaker, Morgan Mori has been gone for some time. She’s lured home by a cryptic note, after everything she had turned to ash and ruin. On the night she is hired to  photograph the Reynolds’ Christmas party—Black Harbor’s wealthiest family who have been shrouded in mystery ever since their patriarch, Clive, disappeared twenty years ago—she witnesses the homicide of a cop. The investigation into the officer’s death leads to a discovery of Clive’s classic car sunk at the bottom of Lake Michigan, with a dead body inside. The cold case cracks open, and as Morgan becomes entangled in the Reynoldses’ world of lies and deceit, she realizes she could be the key to unlocking a long buried clue.

It’s through Morgan’s lens that one peels back the layers of this gritty, crime-ridden city to reveal the monsters that walk among us. A damaged character with a dark past, she sees Black Harbor differently than the ones who have walked the pages before her. For Morgan, Black Harbor is a home of horrors.

The Midwest is Best

It is one thing to captivate readers; it’s quite another to relate to them. I’ve chosen this particular setting because, in the Midwest, we know what it feels like to be “chilled to the bone.” We’ve stood outside in a forest or a field and experienced darkness so deep, it seemed like someone shut out all the lights to the world. We have scratched our names in frost, studied the fractals of snowflakes, and found warmth in the coldest places.

In Black Harbor, Wisconsin, as is true of many Nordic Noir settings, the odds are always against you. Characters are worn down to their most visceral elements and forced to reveal who they truly are. But at the end of the day, this relentless atmosphere is as much a catalyst to character growth as it is a maker of villains, for resistance cultivates resilience; heroes arise from hardship; shame yields to redemption; and hope, even if just a glimmer, ultimately breaks through the clouds.

When it comes to bringing all of the wonderful elements of Nordic Noir to life, for this crime fiction writer…there’s simply no place like home. 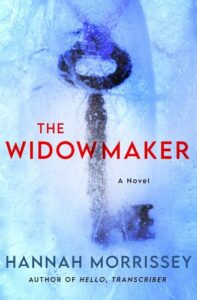 Hannah Morrissey is the author of the Black Harbor suspense series which includes Hello, Transcriber, The Widowmaker (2022), and When I’m Dead (2023). A three-decade survivor of Wisconsin winters, Hannah enjoys putting her characters (and readers) in bone-chilling atmospheres that permeate beyond the page. Naturally, her books have carved out their own sub-genre of “Midwestern Noir.” Hannah graduated from the University of Wisconsin - Madison where she majored in English with an emphasis in Creative Writing. She grew up in a small northern town and now lives near Milwaukee with her husband, three pugs, and a TBR pile that never seems to get any smaller. Her debut novel, Hello, Transcriber, was inspired by her experience as a police transcriber. 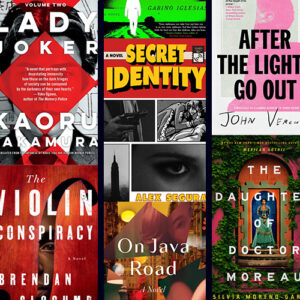 Usually, when it comes time to round up the best crime novels of the year, we cap it at 10, but this year brought such a wide...
© LitHub
Back to top