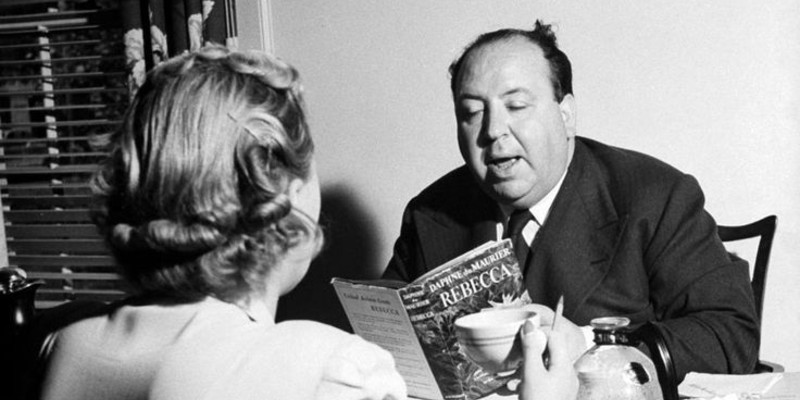 How reading Patricia Highsmith and Daphne Du Maurier changed my understanding of the Master of Suspense.

It was our Saturday night ritual. Pop the popcorn, turn the lights down, and watch whatever Hitchcock movie my mother and I could get our hands on. This was in the late nineties, long before Netflix or rentals-on-demand: we were at the mercy of the classic movie section of the local Blockbuster—or Turner Classic Movies if we timed it just right.

Still, we did our best. Notorious. Indiscreet. Spellbound. Vertigo. Psycho. Rebecca. One-word masterpieces with spine-tingling secrets and unnerving twists around every corner. Dashing men and beautiful women double-crossing each other like it was their modus operandi. Dramatically shadowed black-and-white figures and soft, hazy lighting on perfectly coiffed curls.

In terms of film, Alfred Hitchcock was my first great love. It was first time I ever came to know a body of work by one director—and the first time I could grab one of those plastic rental boxes confident I was going to feel something twisted and sinister when I popped it into the VCR.

Hitchcock, as well as other masters of suspense and noir, is the one who inspired me to write my first thriller. When I set out to write All the Broken People, which follows a Brooklyn woman who gets more than she bargained for when she flees to upstate New York and agrees to help the couple next door fake the husband’s death, I knew I wanted to honor and nod to the movies I’d loved for so long. I wanted to try my absolute best to make a contemporary Hitchcock, complete with all the femmes fatales, surprising plot twists, and disturbing entanglements I could dream up, and I was overjoyed when readers and reviewers seemed to connect with my inspiration: Kirkus pointed out the “webs that slowly contract, strangling characters in the threads,” Booklist noted, “what might seem an implausible story is made believable by intricate plotting, culminating in a didn’t-see-that-coming conclusion,” and a favorite author of mine, Sarah Pinborough, said the book “reads like the best Hitchcock film never made.”

Still, there was a big difference in the work of the 1940s and 1950s and now: Hitchcock’s world was run by men, from Fritz Lang to Billy Wilder (no surprise given that even decades later, there aren’t nearly enough women directors). On the contrary, almost all of the works dominating the contemporary suspense space are by women. Runaway successes like Gillian Flynn’s Gone Girl and Paula Hawkins’s Girl on the Train are ushering in a new era of modern noir. Writers like Dan Mallory (behind A.J. Finn and The Woman in the Window) are even adopting gender-neutral pen names in an attempt to obscure their maleness in stories largely for and about women. The thriller and suspense market is completely dominated by women writers. So what changed? As I looked closer, not as much as I thought. They say “behind every great man is a great(er) woman,” and for Hitchcock, the adage rings true in more ways than one.

We know Patricia Highsmith most well, perhaps, for her Ripley books, the Anthony Minghella adaptation of The Talented Mr. Ripley establishing itself as a late-nineties classic. In recent years, her work had another resurgence when her novel, The Price of Salt, was adapted into the Academy-Award-nominated Carol. But I’ll always have a soft spot for her first novel, and one of her pulpiest classics, Strangers on a Train.

I’ll admit I discovered the movie first. The 1951 noir-suspense classic is one of Hitchcock’s best and swirls around a bonkers murder-swapping plotline that very few could successfully pull off (there’s also a hell of a final confrontation). When I first watched the movie with my husband several years ago, we loved it so much we named our rescue dog after actor Farley Granger, who stars as convenient pawn, Guy Haines, in the film. Hitchcock may have adapted the screenplay, but the ingenious storyline and amoral machinations are all Highsmith, whose novel debuted the year before the film.

Reading her biting, visceral prose, it’s hard not to marvel at the world she created, one where murder is both mundane, even quotidian—“Any kind of person can murder. Purely circumstances and not a thing to do with temperament! People get so far—and it takes just the least little thing to push them over the brink.”—as well as viscerally grotesque. She describes the killer’s fingers making “deep dents in her throat as in a piece of dough.” A perfect recipe for Hitchcock’s macabre talents.

And then, of course, there’s Daphne Du Maurier, who provided the source material for two of Hitchcock’s classics, 1940’s gothic and decadent Rebecca and 1963’s aesthetically groundbreaking avian horror masterpiece, The Birds. Rebecca, one of the first Hitchcock movies I ever watched, is a favorite of mine, set in a glorious estate, Manderley, haunted by a former wife (the first Mrs. DeWinter) who seems plucked straight from a Bronte novel. But the true genius of the story comes to life through the book, with raw first-person narration that makes the second Mrs. DeWinter impossible not to root for, even if she’s wholly ineffectual and anxious compared to the glories of Rebecca and Manderley. Indeed, there are few first lines as enchanting as, “Last night I dreamt I went to Manderley again.”

As expansive and entangled as Rebecca is, “The Birds,” in contrast, is spare, simple, and brilliant for its unexplainable horror. After all, what could be more terrifying than masses of birds who attack, kamikaze-style, for seemingly no reason? Reading it today, it’s also proof that the more things change, the more they stay the same: “They’re saying in town the Russians have done it. The Russians have poisoned the birds.”

Perhaps it doesn’t seem that monumental of a discovery, but for me, knowing how hard women have to work to be taken seriously in this genre, the discovery of these women behind three of Hitchcock’s most beloved (and successful) films, felt, frankly, mind-blowing. In a world of films dominated by fast-talking gumshoe detectives and a predominate male gaze, how refreshing it was to learn that women like Highsmith and Du Maurier were just as crucial to the history of noir and suspense as writers like Flynn and Hawkins are today. Women-penned domestic suspense has a long history, one that I know will continue to inspire, spook, and terrify for generations to come.

And I’ll do my very best to be a part of that tradition.

Leah Konen is a graduate of the University of North Carolina at Chapel Hill, where she studied journalism and English literature. She's the author of several young adult novels, including Love and Other Train Wrecks and The Romantics. She lives in Brooklyn and Saugerties, NY, with her husband, their daughter, Eleanor, and their dog, Farley. All the Broken People is her first thriller. 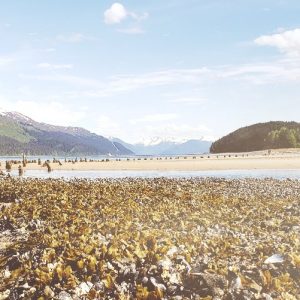 The idea that the beach sands might contain gold was sometimes talked about in the Cape Nome mining camp in the summer of 1899....
© LitHub
Back to top