Right now, prisoners in 17 prisons all across the nation are striking for better conditions. They are striking because of economic exploitation through forced labor programs similar in impact to slavery with the wages of sharecropping, company store costs for basic supplies and communication with loved ones, and denial of cultural resources through limited access to books, education, and the internet. Michelle Alexander paints a portrait of deliberate devastation of minority communities in her seminal text The New Jim Crow, and makes a convincing argument that prisons are the modern continuation of the same forced labor, extraction of profit, lifelong surveillance, restricted movement and disenfranchisement that defined both slavery and Jim Crow laws. There’s even racial gerrymandering tied to prisons located in rural communities, where the disenfranchised prison population is included in the county’s population for the purposes of determining legislation, leading to—you guessed it—a small number of white rural voters gaining electoral power from minorities they are also regularly employed to surveille and control. (You can learn more about the context of the strike, conditions in prisons, and the demands of the strikers here.)

What I want to talk about here, however, is the devastating impact of a censorship system based on bizarre and seemingly arbitrary rules and views of literature. I also want to ask a question particular to our community: how easy is it for those behind bars to access works from a genre that frequently profits off their experience? The more mundane subject of access to literature—and to, let’s face it, sometimes-less-than literature—may seem trivial at a moment of high tension as the issues of mass incarceration reach the national stage. Censorship, however, always accompanies more violent acts aimed at social control, and to examine those works banned by the prison system is a fascinating glimpse into the same indiscriminate paranoia that led to mass incarceration in the first place.

Last year, the Dallas Morning News published a list of 10,000 books banned by the Texas prison system, assembled in an easily searched database. This number is down from a figure cited in 2011 in a report form the Texas Civil Rights Project, which wrote that prisoner were denied access to a list of over 11,000 books. We in the book industry love to talk about banned books, and since this is a site dedicated to crime fiction, I thought I’d pull out all of the banned books in the true crime, mystery, and crime fiction categories and make my own list. Because there are (clears throat) 10,000 books banned by Texas prisons, I decided, in the interest of our attention spans, our scrolling fingers and our sanity, to not actually compile this list, but to instead analyze it for trends and sheer absurdity.

Scrolling through the thousands of titles banned by the prison system reads like a Nazi exhibit of decadent art, blending the sublime, the obscene, the meritorious and the merely entertaining; some kind of artistic equivalent of the baby thrown out with the bathwater. Looking specifically for crime novels banned from Texas prisons is also a trip back into the history of the genre, containing multitudes of out-of-print works, and not quite caught up with more recent releases.

The prison industry’s censorship choices appear to be as reactive in tone as the penal system at large, and as hastily expanded towards the end of the 20th century.

This is a phenomenon that becomes easily noticeable when the you search the database of banned books for recent bestsellers with a high probability of being banned by the prison censorship network; while numerous other books titled “The Cartel” made the banned list, Don Winslow’s 2016 bestseller still has the dubious honor of being allowed entry to Texas prisons. Winslow’s novels The Kings of Cool, and The Winter of Frankie Machine are barred entry to the the prison system, yet his 2017 epic The Force, with its unflattering depiction of police, may still be consumed by inmates. Many classic crime writers have only some of their works banned, and not necessarily the most salacious. Only four of James Ellroy’s works are banned from prisons: American Tabloid, Blood on the Moon, Blood’s a Rover, and Crime Wave; on the other hand his epic novel of police corruption, L.A. Confidential, may still be read behind bars.

I also want to ask a question particular to our community: how easy is it for those behind bars to access works from a genre that frequently profits off their experience?

A book may be banned for advocating crime or instructing potential offenders on how to commit their preferred violations of the law. Many of the books in this list, however, were banned for more discomforting reasons—any book that portrays incest is banned from Texas prisons, as is any book advocating “gang activity,” or detailing exactly how to commit a crime, which is the pretext given for keeping many classic revolutionary texts, as well as some true crime and mystery fiction, away from inmates.

Looking through the oeuvre of banned books was also a trip back in time through the history of crimes and scandals. A book cannot be banned until it has been printed, mailed to a prison, examined in the mail room, and deemed a threat to public order, which means the selection of banned books is perpetually behind the times and includes seemingly every book about the Menendez brothers, OJ’s trial, and every other 90s-era scandalous event.

We’re currently in the midst of a resurgence of true crime as a “respectable” genre—a turn I credit to the mixture of memoir and reportage that’s replaced the genre’s sometimes exploitative style and has added to the liberal interpretation of what a crime is (case in point: Death in the Air, by Kate Winkler-Ross, tells the story of two killers, a serial murderer and a particularly bad smog event). There’s also been a change in marketing—subdued, moody covers and hardback size have replaced the lurid pulp paperbacks that previously defined the genre, while careful editing for exploitative content has made reading the genre a less vicariously vicious affair. Perhaps these high-brow changes are the real reason many recent true crime releases have yet to banned by the Texas prison system, but I suspect their status will change soon enough. Overturned cases in the podcast era have perhaps reoriented the discussion too far towards talk of exoneration and junk science, away from debates about basic human rights for the incarcerated, regardless of their status as guilty or innocent of crime.

Do people even want read crime fiction in prison? In the grand scheme of things, denying a prisoner access to Ellroy is not at the same level as denying them access to dental care or hormone treatments. Anecdotally, in my time volunteering at Inside Books Project, an organization that donates thousands of books to Texas inmates each year, the Western was one of the most frequently requested genres, and in particular, Inside Books never seemed to have enough Louis L’Amour to please the incarcerated public. I can see the appeal—stuck in a box, I might well wish to spend my time reading tales of wide-open spaces, set in lawless hinterlands, where death comes before confinement. Louis L’Amour appears twice on the banned books list—both omnibus collections. Hopefully single volumes of his work still slip by.

The crime novel, in contrast, was not particularly in demand from prisoners, and dictionaries and educational material topped the list above any kind of fiction. I support the prisoners’ strike, and I’m happy that the subject of mass incarceration—and the closely related discussion of prison abolition—have become part of the national conversation. But every conversation on oppression must include the micro as well as the macro, and part and parcel of the American mass incarceration system is the deliberate stifling of the mind as well as the imprisonment and exploitation of the body. 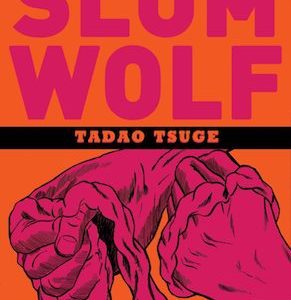