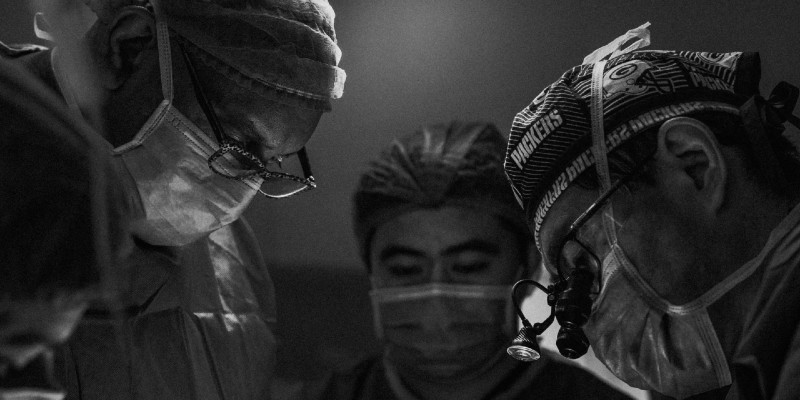 For decades, doctors have been bringing readers inside the high-stakes world of medical breakthroughs.

The medical world is an ideal backdrop for thrillers because it is bursting with life-or-death emergencies. Medical thrillers count on our fear of disease, something everyone has to face, and they make us ponder our own mortality. Many doctors have been inspired by their fascinating worlds and have felt the need to put pen to paper. Several of the qualities defining a good doctor overlap with what makes a successful author, such as the ability to “read” people, meticulous work in confronting high-stakes situations, investigative talent, and the ability to integrate many clues into a meaningful sum.

One of the first rules of writing is “ know the field you’re talking about,” so it’s not an accident that many authors of thrillers are doctors. A first-hand experience infuses the story with insider credibility. Obvious mistakes leap out of many medical thrillers not authored by physicians: diagnoses without evidence, impossible recovery from lethal injuries, unrealistic response time to therapies. Belligerent patients fall asleep instantly after a sedative is injected into their jugular vein (do you have any idea how difficult it is to jab a syringe into the jugulars?). Unfortunately, wondering how the writer can be so ignorant about the subject isn’t conducive to thrill.

Sometimes avoiding mistakes is tricky, even when one is immersed in a very familiar background. As a Cardiologist, I’m well aware of the time needed for cardiothoracic surgery. Yet, in my debut medical thriller Dissection, I had difficulty fitting one of the surgeries into the story, having to choose between an unrealistically short time (1-2 hours for a surgery usually taking 4-5) or resetting the novel’s timeline.

The most successful doctors who are authors use layman terms and don’t indulge in the temptation to show off their knowledge by describing every inconsequential detail. Nothing kills suspense like trying to understand abstruse technical language. One of the best examples of accessible writing comes from the author who gave rise to the field of medical thrillers: Robin Cook.

Besides practicing ophthalmology, Dr. Cook wrote dozens of books bringing the many ever-evolving medical advances, together with the pressing medical/ethical/political problems doctors and patients face on a daily basis, to the forefront of his plots, educating lay readers in the process. From the sale of organs in Coma to the frighteningly contemporaneous viral spread in Pandemic, Dr. Cook has entertained us for longer than 30 years. He was very instrumental in my decision to embark on writing medical thrillers.

Freshly graduated from medical school and having just emigrated from Italy, I found a comforting feeling of belonging while reading The Year of the Intern. The world of medicine never ceased to fascinate me, particularly when I entered the special dimension of writing, where anything and everything can happen at the stroke of fingers on the keyboard. After years spent reading Cook’s books and learning the trade’s techniques, one day I saw a commercial on TV about a medication used to treat heart attacks. A man opened a card while a voice asked “Wouldn’t it be nice if we got a notice when a heart attack is going to strike, so we can prevent it?” I thought that was a great idea for a medical thriller. That’s how Dissection started.

A significant loss for the world of medical thrillers occurred in 2013, with the death of Michael Palmer, an internist dedicated to the treatment of drug addiction. Palmer has said that he never thought about becoming an author until 1978, when he read Robin Cook‘s medical thriller Coma and thought that if Cook, a Wesleyan graduate like Palmer, could write a novel, then he could too. In his prolific career, Palmer ruthlessly targeted the managed care industry in Society, health insurances in Silent Treatment, pharmaceutical companies in Miracle Cure, holistic medicine in Natural Causes, and even vaccinations in Fatal.

Another author I greatly admire is Tess Gerritsen. She left her primary practice and wrote 30+ novels. My favorite is The Surgeon, the first of the popular Rizzoli and Isle series. In The Surgeon, Gerritsen masterfully blurred the line between healers and killers, while the Hippocratic Oath fell to the side. The depth in which she portrays the two main characters, Detective Jane Rizzoli and Chief Medical Examiner Dr. Maura Isles, showed me the way to present strong female protagonists in my novels.

Medicine is conducive to “what ifs…” stories involving technologies and treatments at the edge of what may be possible, but not quite available yet, which enhances interest and suspense. Michael Crichton’s The Andromeda Strain and Terminal Man are great examples.

Crichton received an M.D. from Harvard Medical School in 1969, but he never practiced medicine. Instead, he wrote 26 novels and sold 200 million copies worldwide. During my journey to publication, I developed a special admiration for Crichton’s self-confidence.

Not all doctor authors write medical thrillers. The best example is Sir Arthur Conan Doyle, a British physician who doesn’t need much introduction as the creator of Sherlock Holmes, although many people are unaware of his MD title. No doubt, medicine and sleuthing have a lot in common: mystery, the pressure of time, and collection of evidence until the answer is found, as well demonstrated by the successful TV series House, a doctor’s version of Sherlock Holmes.

I was inspired by this interesting match. In Dissection, PI Kirk Miner has some strange medical knowledge acquired secondary to an accident and experimental neurosurgery. He combines the skills of Sherlock Holmes and Dr. Watson.

With the continuous innovations of new technology and quasi-miraculous treatments, the field of medical thrillers is open-ended.

I’m very excited and proud about the publication of my first book in this genre, and I can’t wait to share my other stories with readers who love the medical world. 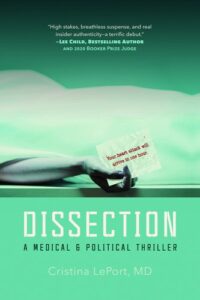 Dr. Cristina LePort was born in Bologna, Italy, where she attended medical school before emigrating to the USA to complete her Internal Medicine residency at Long Island College Hospital in Brooklyn and her Cardiology fellowship at West Los Angeles VA/UCLA. She has been practicing medicine for more than 30 years as Dr. Cristina Rizza. She currently resides in Orange County, California, with her husband, Peter LePort. They have three grown children and three grandchildren. Dissection is her first published novel. 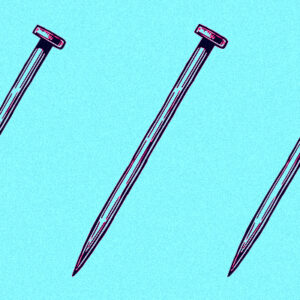 In 1977, the boy left the drivers corps of the Grain Administration, where he’d been working, and started university. The day he was due to enroll,...
© LitHub
Back to top