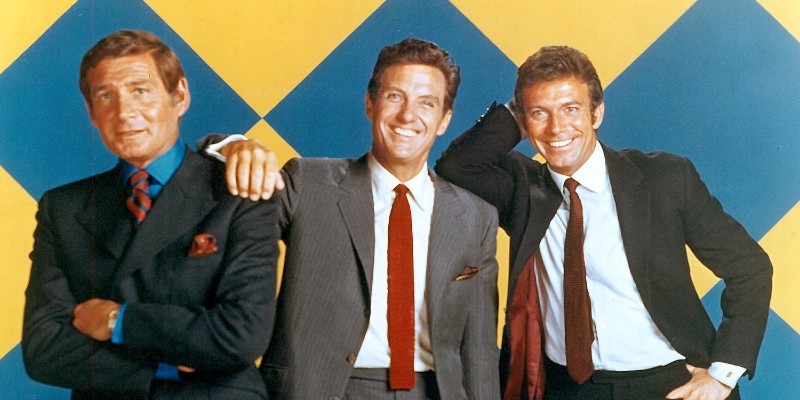 In a crowded field of cops and detectives, these TV journalists followed a different path.

In the late 1960s and early 1970s, as we’ve seen, the TV networks tried all kinds of variations on cop and detective shows. One of the most interesting variations was a crime show that focused on a very different kind of investigator: Hard-hitting journalists. This was before “All the President’s Men,” or course, and years before Watergate, for that matter.

“The Name of the Game” ran for three seasons, airing 76 episodes on NBC from September 1968 to March 1971. It’s obscure these days, although a DVD set was issued a few years back. Some of the episodes, which ran 90 minutes with commercials, are posted on YouTube, which is where I watched them for the first time since I was a kid.

“The Name of the Game” broke a lot of ground for a show that is largely forgotten today. The 1968 premier was three years before the “NBC Mystery Movie” in 1971, which introduced characters like “Columbo” and “McCloud.” And “Name” debuted nine years before “Lou Grant,” which was more of a journalism show than a crime series, certainly

“The Name of the Game” had the distinction of being a pioneering crime-focused TV series that was an anthology series, following a different lead character each third week or so. But as opposed to the “NBC Mystery Movie,” each week’s installment of “The Name of the Game” was set at the same big-city publishing house and often featured some of the same characters on a recurring basis.

As often as not, Dillon and Farrell found their own stories and came back to their boss for his okay to pursue a story and for his approval of their hefty expense accounts (no, this series is not science fiction, but it does come close, as we’ll see later). And Howard himself investigated as many stories as Dillon and Farrell.

The stories Howard and his staff pursued were often crime-related. The very first episode, “A Fear of High Places,” involved a woman who brought an explosive political story to Dillon before she was killed in a fall from her 15th-floor balcony.

“Maybe we ought to get out of the magazine business and start a detective agency,” Barry’s boss quips to Franciosa.

That first episode featured not only high-powered political players, lots of driving around Los Angeles freeways, a mysterious assassin and actress and celebrity Zsa Zsa Gabor, who actually acquits herself well in her small role.

What’s a slap on the butt among friends – er, boss and employee?

The other most important character to the series was Peggy Maxwell, played by Susan Saint James, who would go on to co-star with Rock Hudson in the “NBC Mystery Movie” series “McMillan & Wife.”

Peggy was the “Gal Friday” to Howard who also assisted other featured characters. She did most of the legwork for the leads and her research came up with information that Dillon and Farrell and Howard used to crack cases and make headlines. She appeared in more episodes of the series than anyone else and really should have been in the opening credits. Such was the way of white-male-dominated television at the time.

Franciosa plays Dillon as a flirty, even smarmy guy with extensive connections in all the right places, so he is a typical 1960s series lead. As Howard, Gene Barry plays the standard Gene Barry character: rich and urbane. (How rich and urbane? A sliding wall-sized painting separates his posh apartment from his luxurious office.) Stack plays Farrell as a typical Stack character, so if you’ve seen “Airplane” you know what his performance is like. I cannot hear him in this without thinking of “Airplane” or “Unsolved Mysteries.”

How does Franciosa – who was reportedly jettisoned from the series in the third season over his behavior on the set – play his role as “a typical 1960s series lead?” He flirts with most of the women he meets and, in the pilot, slaps Saint James’ character on the butt. It was probably in the script, and it was probably intended to further the playful relationship between the two, but it sure is cringe-inducing.

“The Name of the Game” was turned out with workmanlike precision by Universal, which produced many, many crime TV shows for NBC in the 1960s and 1970s, including the “NBC Mystery Movie” and all of its subsequent spinoffs like “Columbo.” Heck, individual titles of these shows for the most part used the same fonts.

There’s plenty to like about “The Name of the Game” – which was itself preceded by a pilot, “Fame is the Name of the Game,” starring Franciosa and some of the same players – not the least of which is that it operated in its own little universe of main characters and supporting players who occasionally crossed over into other characters’ stories.

Over the course of its three seasons, the world of Howard Publications was fleshed out not just by the rotation of three leads and Saint James but by other stars who filled in when one of the leads was not available or needed a break or, as was the case with Franciosa, was rotated right out of the series.

If “The Name of the Game” is remembered at all, it is for “L.A. 2017,” a science fiction, third-season episode in which publisher Howard suddenly finds himself in Los Angeles nearly a half-century in the future. The episode was based on a story by sci-fi writer Philip Wylie and was directed by a 24-year-old filmmaker named Steven Spielberg.

In 2017, it seems, pollution and climate change have driven L.A. residents underground and a totalitarian regime runs things. Luckily, Howard wakes up at the end and realizes it was all a bad dream.

The Best Paperback Releases of Fall 2022 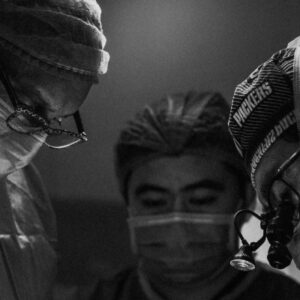 The medical world is an ideal backdrop for thrillers because it is bursting with life-or-death emergencies. Medical thrillers...
© LitHub
Back to top