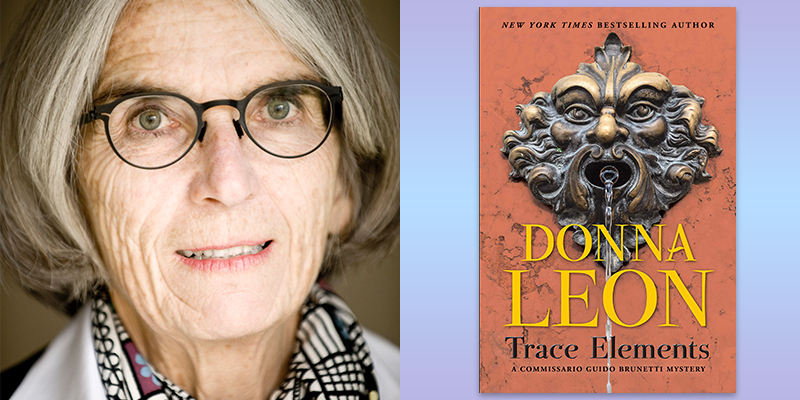 The crime maestro celebrates the generosity of Italians, in both ordinary and extraordinary times.

Donna Leon may have been born in New Jersey, but she’s spent the past few decades making Venice her home, and crafting elegant, complex mysteries about the Floating City, featuring the wry and cultured Commissario Guido Brunetti and his network of friends and associates as they solve crimes big and small. The Brunetti series immerses readers in Italian culture, Venetian sights and sounds, and the broader context of European culture; all put on halt as the pandemic rages on, but sure to return stronger than ever. For those looking to armchair travel from the safety of your home and support Italian culture while doing so, you couldn’t find a better series. Leon’s latest, Trace Elements, takes Brunetti on a far-ranging mission to uncover the meaning behind a dying woman’s last words. We caught up with Donna Leon over email about her series, her latest book, and her thoughts on culture.

CrimeReads: You have impeccable taste in literature. What, to you, makes for a great novel?

Donna Leon: Good heavens, what a question. It’s got to be true to human life (or, if it’s sci fi, to the life form therein) and present characters who, to the reader, for the length of the novel are believable and to whom we have some emotional response: can be positive, can be negative: Uriah Heep or David Copperfield or, even better, both of them in the same book. I think it also has to be written in an attractive style: that is, the language has to have charm and grace, which doesn’t mean it has to be pretty.

CR: You’re known as an opera fan. What draws you to the operatic arts? Do you have a favorite performance?

DL: I love the shameless excess of opera. Music, singing, conflict, more singing, trios, quartets, death all over the place, undying love, magic spells, thunder from the left, dragons, and then more singing. I’ve got so many favorite performances it would take me too long to list them: Joyce DiDonato singing Agrippina, Marijana Mijanovic singing Giulio Cesare, Ann Hallenberg singing Ariodante.

CR: Much of the charm of your series comes from the way things get done in the Italian police department, which is, often enough, not how things are supposed to get done. Can you tell us a bit about the ideals, versus the reality, when it comes to getting a case solved in Venice? 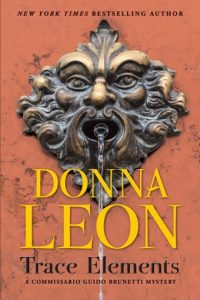 DL: From what I’ve read and heard, as well as my own conversations with the police in Venice, I’d say that they are far more efficient than I make them sound. There are, please recall, very few violent crimes in Venice, and those which occur are usually solved by finding the lover/relative/business associate/friend/enemy of the victim.

In fact, I find them efficient and serious and usually successful with major crime.

CR: The growing number of rather annoying tourists in Venice is a recurring theme in the series. How has Venice changed over the years, when it comes to tourism?

DL: When I first went to Venice, in the late 60’s, there were perhaps 150,000 inhabitants and a reasonable number of tourists, certainly nothing worth mentioning. Now there are about 54,000 residents and between 30 and 33 million tourists a year. The numbers explain everything.

CR: You’ve spoken up about environmentalism both in fiction and in life, and your beloved Venice is more vulnerable than most cities to rising waters—what are your thoughts about preserving Venice for future generations?

DL: There’s no hope. MOSE, the 7 billion-Euro mega project to block the major entrances of water from the Adriatic into the laguna, has yet to give evidence that it will work. Its construction appears to have done major damage to the eco system of the laguna. So Venice remains, after thirty years of projects and work, a city entirely unprotected from the rising of sea waters.

CR: There’s a lot of gentle razzing when it comes to Northern versus Southern rivalries in your books. For those who are newly enamored with Italy, can you explain the basis for these rivalries?

DL: I suspect they go back centuries: the South is poor, the North is rich. The attitude of people in the North shows itself, in my experience, in the language used when speaking of Southerners. It is critical, cynical, and filled with suspicion.

CR: A recurring theme in your novels is the failure of the system to provide basic dignity to those who are suffering and do not have the money to afford private services. What is the state of the Italian safety net, when it comes to providing benefits?

DL: Well, the average citizen is certainly better protected than in some other non-European countries: schooling is generally good, most universities are free, as is health care, and help is given to those who lose work or cannot find work. Certainly the ordinary Italian (if such a person exists) is spontaneously generous to those less fortunate than him or herself, especially in the South. I think—and my experience of Italy is primarily of the North—that the human dignity of the poor is recognized.

CR: Do you have a favorite book you’ve written in the series? Or would that be too hard to pick one in particular?

DL: There are a few I like a great deal—Death at La Fenice, About Face, Falling in Love—but there’s really no favorite.

CR: You’re known for the ecological focus of much of your work. How does your concern for the environment make its way into your novels?

DL: I think it might be better to ask me how I control its’ not taking over the novels entirely. The ruthless destruction of our environment is humanity’s greatest problem; were I more of a fanatic, I’d say it’s our only problem. But a novelist should entertain, not preach. Yet.

CR: And last but not least: in these strange times, what’s your advice for supporting Italian culture from afar?

DL: Italian culture has survived over centuries. Listen to its music, take a virtual tour of a museum. But right now we should consider the bravery of the doctors and nurses all over Italy who remain in hospitals to try to save patients with Corona Virus. Consider the Italian government that sent a military plane to bring back from Wuhan a single 17-year-old boy who has been refused a seat on a commercial flight because he had a fever. Consider, and praise them, for generosity and love are profound parts of their culture. 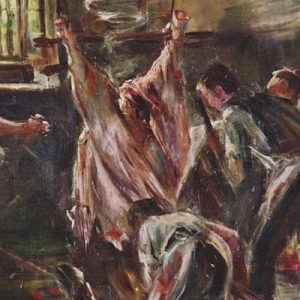 When I was young, I considered myself an animal lover. Even an animal rights activist, if ever a particularly aggressive...
© LitHub
Back to top