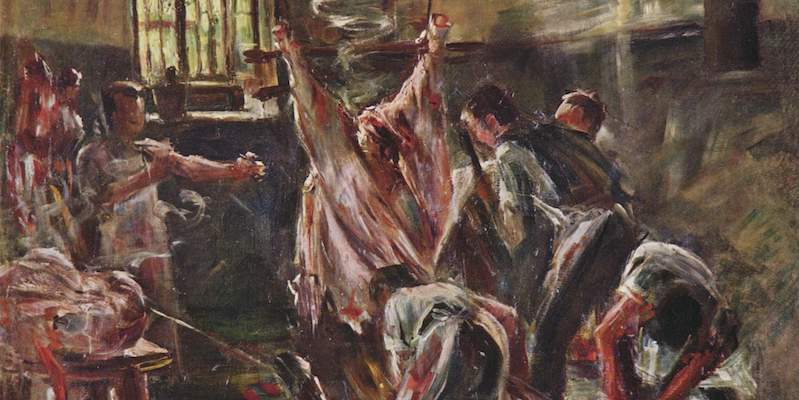 On Crafting an Animal Rights Thriller

When I was young, I considered myself an animal lover. Even an animal rights activist, if ever a particularly aggressive article summoned enough outrage in me to donate to a cause or sign a petition. And then something happened that disturbed my colorful, little world. I was watching a TV program about dogs whose owners would carelessly leave them chained outside in the freezing conditions of a harsh winter. Of course, I was horrified. That’s when a friend of mine said, “Isn’t it kind of hypocritical that you’re eating a hamburger while you watch this?” No! My reaction was one of sharp indignation. I sat there, accused and deeply offended. How dare he compare me to those monsters on screen, the ones who showed such blatant disregard for suffering animals. They were the ones who should be held accountable. I, on the other hand, couldn’t hurt a fly. I placed cups over spiders so as not to hurt their little legs on the way out the door. I was a good person, an animal lover. Soon, I would learn, as I uncovered the layers of disconnect and guilt, I was also a killer.

Now, let’s fast forward through nearly ten years and dozens of plant based cookbooks, to when I sat down to write my newest novel, The Meat Hunter. Even before lifting my pen, I faced an unusual dilemma. As a creative writer I’ve been taught to show, not tell. I’ve also intuitively understood that crafting a fictional world alive with beauty, horror or sadness, where readers are guided into dark pockets of the mind and inspired to reflect on how they feel, is immeasurably better than telling them how to feel. There is no greater task for a writer than to imply a truth in such a way that a reader has the delicious responsibility of interpreting it on their own. But, when I thought back many years ago to that painful incident with my friend, I knew that in this particular case, showing instead of telling was bound to make people not only uncomfortable by their inevitable introspection, but outraged at me, the author, for inspiring it.

The book is a thriller, but in certain chapters the story takes place inside the meat industry—those locked up, tucked away slaughter houses we city dwellers dare not peek into. My main character is a killer—a woman who was raised on a farm, disgusted by her father’s indifference toward the animals they raised and now out for vengeance against cruel members of the meat industry. And in order to do justice to the world I’ve created, things get real. Most horror and thriller lovers alike can handle gruesome. They don’t mind when a murder scene is especially visceral or well described. But when the victim is an animal, suddenly something changes, and for many of us, what’s experienced becomes even more horrifying than if the victim were human.

Animal cruelty is the only part of ordinary, everyday life that we stubbornly and adamantly refuse to examine. It’s simply too painful—it’s far easier to pretend it’s not happening.

Animal cruelty is the only part of ordinary, everyday life that we stubbornly and adamantly refuse to examine. It’s simply too painful—it’s far easier to pretend it’s not happening. This becomes especially interesting when we acknowledge that we’re the ones who endorse it every day with our purchases. But I would argue that that’s precisely why it’s so painful. Can you imagine sitting through a movie like Saw if those characters, tortured and brutalized in the most disturbing ways imaginable, were animals? Even if they were CGI or you knew they weren’t being butchered in real life, could you still manage to sit there, transfixed, stuffing popcorn into your mouth, eyes glued to the screen? Or would a fire quickly ignite somewhere inside you? Would you almost immediately find it offensive, repulsive, and storm out of the theatre? What kind of sick joke is this? During the real Saw, we‘re able to mutter, “Wow, what a sick bastard,” about the killer, the person responsible. During the imaginary Saw: Animals Abused, our unconscious mind, resting in one of those deep caves we use to hide from ourselves, knows that we are the killer. Because that’s what we do to animals. Even if we’ve never emotionally examined it, we have logically accepted that meat is made of animals and that those animals were likely not treated kindly before reaching our plates. And we know that we pay for this to happen. And on top of all this, a bit comically, we genuinely desire to protect any animal we see. Thus, it should at least be considered (please humor me) that part of the outrage experienced in those rare moments when we can’t escape this brutal reality, is actually outrage at ourselves for perpetuating it.

We are, what I like to call, cellophane hunters. As we stalk the meat aisle, we encounter our prey, processed, packaged, and faceless—wrapped up neatly in cellophane, stacked atop dozens of similar choices and conveniently refrigerated to fend off contamination. This is what we see every day; there is nothing sad or horrifying about it. A plastic wrapped ham sits inoffensively on the shelf as all products do. But a somber truth probably exists in you as it surely did in me. Because if you read about a slaughterhouse online, the imagined horror might make you cringe for a moment, it might linger inside of you for an afternoon. But drive to a slaughterhouse and step inside, smell the blood on the walls, watch a pig tremble on the floor as it makes one final attempt to rise, and the experience will haunt you for the rest of your life. It will traumatize you, actually, which is perhaps our strongest indicator that something is terribly wrong—it’s usually accompanied by a voice that screams out from within, “No, god no. Please make it stop.”

When I wrote The Meat Hunter, I did so with the knowledge that humans are incredibly moralistic killers. There are humans killed, and there are animals killed, but the few scenes that reveal the harrowing truth of the meat industry are the ones readers have, unsurprisingly, found most haunting. If the truth I’ve exposed (in some cases in graphic detail) outrages you, that is simply because the meat industry outrages you. And if you feel outraged at me for pointing this out, then perhaps you should investigate why. I’ve dedicated my novel to the second pig in line. The one who must watch, and wait, and know. Maybe someday we’ll truly reflect on what that must feel like. If we did, our feelings and actions toward animals would finally align instead of so violently divide. Certainly the heart would beat lighter. 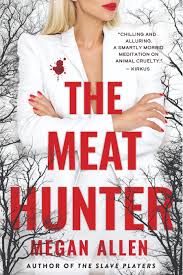 Megan Allen is a 28 year old California native who received her Bachelor’s from UC Berkeley and her Master’s in creative writing from the University of Edinburgh. Her debut novel, The Slave Players, earned accolades from social activists, and condemnation from the Imperial Wizard of the KKK. Now she shifts gears as her latest work, The Meat Hunter, is a dagger aimed at members of the meat industry. Constantly striving to challenge injustice through writing, her new psychological thriller has been referred to as animal activism at its most extreme. 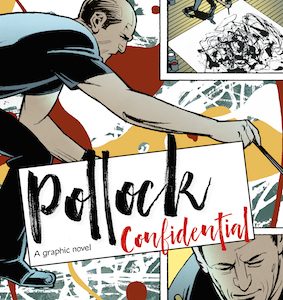