Yes, the historic architecture is appealing and the price is right, but the blood oozing out of the wall is a deal breaker...

After weeks—and in some cases months—stuck in our homes, it’s natural to long for a change of scenery. By now, who hasn’t stared at the same walls for days on end, wishing they could be anywhere else but home? Although it’s tempting to hop onto Airbnb and look for a quick getaway in a house with a literary pedigree, some places should be avoided at all cost. To help, I’ve scoured the most negative reviews on Airbnb and came up with a list of literary landmarks you need to steer clear of. 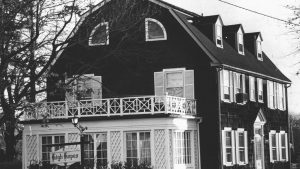 VERY DISAPPOINTED!!! This listing was VERY deceptive. Yes, it mentioned the family that was murdered in the house. That didn’t bother us. I mean, it’s Long Island. Every house here has seen a murder or five. What the listing DIDN’T mention was all the other problems with the house. First of all, the place just stinks to high heaven. I mean, it REEKED. Then some kind of gross slime began oozing from the walls, which is unacceptable, if you ask me. And don’t get me started on the flies. They were everywhere!!! But the last straw was the demon pig. Seriously, how can you list a place on this site and NOT MENTION THAT THERE’S A DEMON PIG!?!? We left as soon as we could. Needless to say, we will NOT be returning. 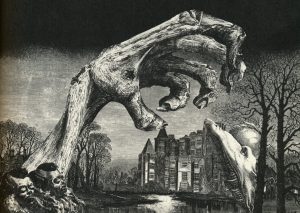 Do not stay here. Place is falling apart. 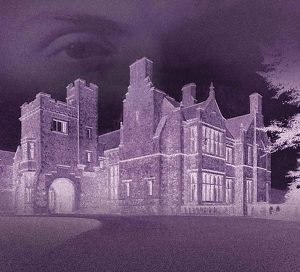 Spent some time as a governess here. Lovely house. Lovely grounds. Try to avoid the lake. Not peaceful at all. Owner’s niece and nephew were charming at first, but then things took a turn. They quickly became incredibly unnerving. I had lots of trouble with former members of the household staff who absolutely refused to leave. One star. Would not recommend. 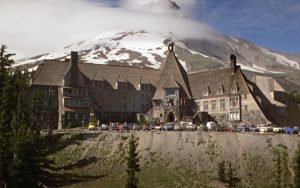 My husband and I were thrilled when we were told we’d have an entire hotel to ourselves. I was really looking forward to having plenty of space for my son to play and for my husband to finally work on that novel he’s been wanting to write. Well, we got space—and plenty of other things we hadn’t bargained for. I’m not going to mince words: The entire hotel is evil. Truly evil. An it-makes-you-crazy-and-try-to-kill-everything-you-love kind of evil. Maybe it’s a nice place to stay in the summer, but it’s an absolute nightmare during the off-season. It could drive a man to drink, which is exactly what happened to my husband. Long story short, my son started seeing dead people, my husband went insane and, honestly, I was just trying to make the best of a bad situation. I’m not one to point fingers—in fact, I can’t point my fingers, thanks to the severe frostbite I got while fleeing my insane husband—but the owners are completely in the wrong here. I’m glad the place was destroyed. #sorrynotsorry 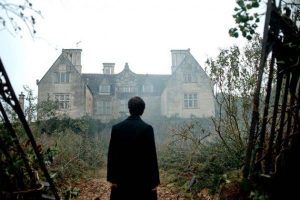 As a junior solicitor, I understand full well the value of real estate. But I simply can’t recommend staying in a house that’s completely cut off from civilization during high tide. Why someone would choose such a location is beyond me. I will generously give the owners the benefit of the doubt and assume they got a good bargain on the land and wanted some distance from the rather superstitious residents in the village. But what truly boggles my mind is why they allow a Woman in Black to roam the place like she owns it. Although I gathered that some family issues keep her there, I must say her constant presence was unnerving. I always heard strange noises and felt like I was being watched during my entire stay. The villagers have nothing but bad things to say about this Woman in Black, all of it utter nonsense that shall not be repeated here. Nevertheless, I’m relieved to be rid of that place and be reunited with my wife and child. 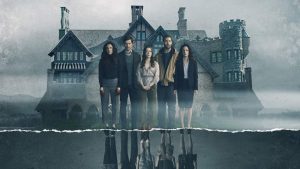 When looking for a place to conduct a harmless group experiment, I thought Hill House would do quite nicely. It had stood for eighty years and might stand for eighty more. Within, walls continued upright, bricks met neatly, floors were firm, and doors were sensibly shut. Immediately, though, it was clear something about the house was … off. The staff, Mr. and Mrs. Dudley, refused to be there after dark, which meant we were left to fend for ourselves at night. Other aspects of the house seemed to greatly disturb the more sensitive members of our party. They heard loud pounding on the walls, claimed someone tried to enter their chambers and that some form of entity even held their hand! It turned out to be all too much, and my experiment was brought to an abrupt end. Regretfully, I can’t recommend Hill House as the site for any future research. Whatever walks there will have to walk alone. 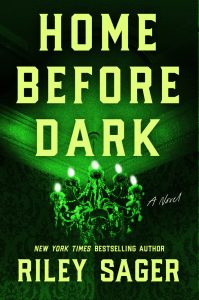 Home Before Dark is the fourth thriller from Riley Sager, the pseudonym of an author who lives in Princeton, New Jersey. Riley's first novel, Final Girls, was a national and international bestseller that has been published in more than two dozen countries and won the ITW Thriller Award for Best Hardcover Novel. Sager's subsequent novels, The Last Time I Lied and Lock Every Door, were New York Times bestsellers. His latest novel, Home Before Dark, is now available from Dutton Books.

Hands up where we can see them is one of our best techniques. Humans can’t do much in a fight without their hands. Biting—...
© LitHub
Back to top