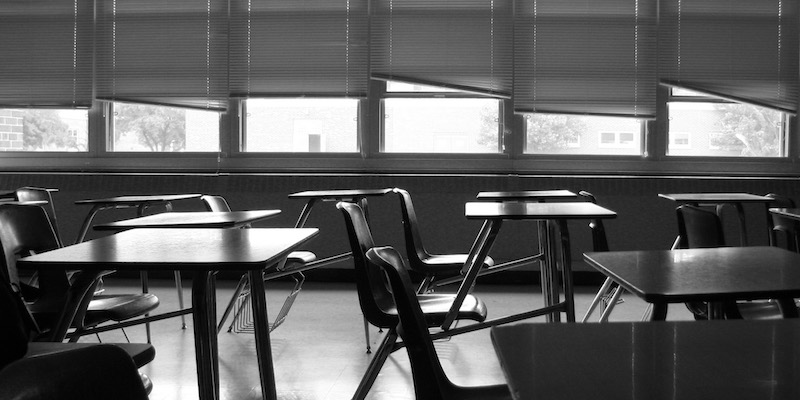 On Teen Fiction, School Shooters, and Life After Violence

Debating what is “appropriate” content in contemporary young adult books is always a hotly contested topic. Usually the people in the thick of discussion are not even the intended audience of the books, but adults who have a hard time accepting that teens could possibly be struggling with the same problems adults face: abuse, addiction, and sexual assault, to name a few. That’s why realistic literature for teens is so important. As Rudine Sims Bishop sagely pointed out, books can hold a mirror up for one reader or a window into the life of another.

I am firmly ensconced in the camp that you do not sugarcoat a topic for teen readers. After my debut, Now Is Everything, came out, I received a flurry of emails from adult readers who said they grew up in a violent home and wished my book had been around when they were that age. Teen reviewers said it helped them understand what they can do to help a friend they suspect is being abused. But when it came to writing That Night, the story of two teen survivors of a mass shooting, I tackled a similarly tough topic from a different angle. There were two key elements to the story that I chose to omit: the shooter and the actual violence. Instead, I chose to focus on the impact this violence has on every teen in America.

There were two key elements to the story that I chose to omit: the shooter and the actual violence. Instead, I chose to focus on the impact this violence has on every teen in America.

My daughters grew up practicing lockdown drills at school, a horror for any parent to imagine their five-year old, nine-year old, fifteen-year old, huddled in the corner of a classroom as the teacher lowers the blinds and covers the glass on the door with a piece of paper. It’s an especially disturbing image knowing that all of the safety measures put in place by the school to protect our children are no match for an armed shooter’s military grade weapon. Lockdown drills didn’t protect the seventeen people killed at Marjory Stoneman Douglas High School. In fact, the shooter had practiced those same drills when he was a student there and knew exactly when and how the school and its occupants would be most vulnerable. With a flick of the fire alarm, he rendered years of active shooter drills null and void.

But after Parkland, something changed. Teens who grew up in the lockdown drill generation, who were tired of thoughts and prayers but no action, had enough. Thousands of students marched out of their schools in a nationwide gun violence protest. Hundreds of thousands of protesters took to the streets on March 24, 2018, led by young activists who were literally marching for their lives. Their voices are being heard. They are succeeding where we, the adults in the room, have failed.

This is not to say lockdown drills are without merit. They are credited for saving countless children during the Rancho Tehama Elementary School shooting in November 14, 2017. But they’re not perfect. After the Parkland tragedy, security officials at my daughters’ high school recognized that the drills did not prepare students for a scenario where a shooter would enter the building in between periods. In the midst of the chaos of slamming lockers and students rushing from one side of the building to the other, with thousands of kids catching up with their friends in the hallways for a few brief minutes, an announcement came on over the intercom in between first and second periods. Both of my daughters heard lockdown. Neither of them heard drill.

Teenagers have perfected aloofness, especially around their parents. But when my girls came home from school that day, fear still lingered in my then fifteen-year-old daughter’s eyes as she told me what happened, how she ran into the classroom and hid under a desk. She looked at me the way she did when she was much younger and learned that the world was imperfect. Malice, cruelty, natural disasters…evil…were real, and there was no magic wand or spell that could banish them from existence. That day, shootings were no longer a hypothetical to her, a tragedy that happened elsewhere. She experienced real terror in those few moments.

The trauma of gun violence has been steadily taking a psychological toll on our youth.

The trauma of gun violence has been steadily taking a psychological toll on our youth. According to “Protecting the Parkland Generation,” a recent report released by the Giffords Law Center to Prevent Gun Violence, nearly 40% of the teens exposed to gun violence will develop PTSD.[1] But the repercussions of gun violence extend well beyond the reach of a bullet. Teens living thousands of miles away from a shooting are experiencing the trauma first hand, thanks in part to social media and round-the-clock news coverage. Nearly 60% of all high school students fear a mass shooting at their school or in their community.[2]

The topic of gun violence is too raw, too present. So when I sat down to write That Night, a young adult novel about a mass shooting at a crowded movie theater that rocks a community, I was determined to tell the story of the repercussions. Beginning a year after all the news cameras have left, That Night is a story about the survivors and the life-altering implications of having lived through a mass shooting. That Night is less about the violence, but more about the aftermath, the grief, guilt, and mental health issues that must be addressed before the healing can begin. This was a story I needed to tell, but it required me to walk a fine line between representing the trauma the survivors endured as accurately as possible without actually painting a graphic picture of the violence. Teens are already triggered by the unpredictable, uncontrollable nature of these attacks.

Yes, That Night is a story about gun violence that is all too prevalent today, but it does not glorify or sensationalize a crime that has already traumatized a generation of teens. Instead, That Night is a story about the redemptive power of love and hope as an antidote to a senseless tragedy. Teens are resilient and can handle more than adults are often willing to give them credit for. But we’re asking them to handle too much. They are already living with the very credible threat that someone some day will come to their school or somewhere in their community with a gun. These are not normal worries. This is not normal.

Amy Giles is the author of Now Is Everything and That Night. She lives on Long Island with her family. Visit her at www.amygiles.net and follow her @AmySGiles on Twitter. 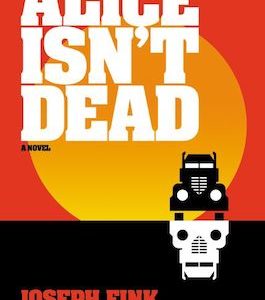 Alice’s funeral had been a strange occasion. Not because she wasn’t well liked. Almost everyone liked Alice the moment...
© LitHub
Back to top