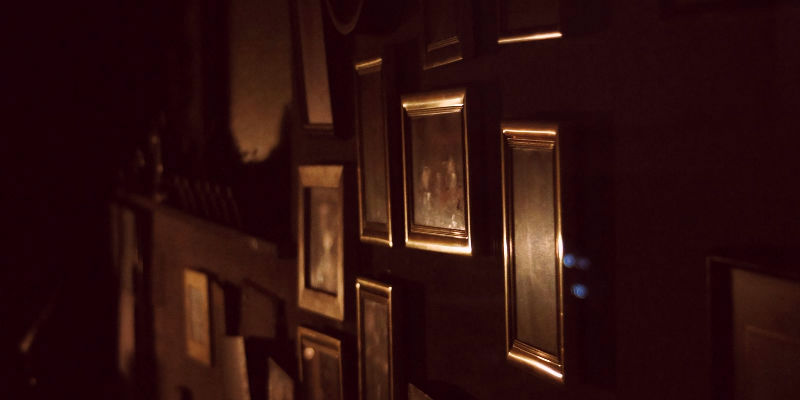 What it's like to watch true crime as the relative of a murder victim.

This summer, my cousin Sabina would have turned 30 years old. Instead, it will mark nine years since she was murdered. Though it’s been almost a decade, I’ve just very recently started writing about her, and her death. It always felt too raw, too sacred to pull apart for story fodder—even if I’m the one doing the telling. The thought of someone who didn’t even know her using the horrible, violent way she was taken from my family as “material” is unfathomable to me. This is what I think about when I try to watch or listen to true crime.

I understand the appeal of true crime, and why it’s having such a heyday right now. I devour scripted crime procedurals. I love Law & Order. (Like, have seen every episode of every franchise several times, fall asleep to it at night, and used to have the theme song as a ring tone when that was a thing people did.) And I love all the less-than-Law & Order crime procedurals, too: CSI, NCIS, Criminal Minds. I understand that there’s something fascinating and soothing about unravelling a who-done-it, and I can get wrapped up in a crime story like anyone else. But it’s completely different when the stories are fiction. Even when Law & Order episodes are based on real cases, names and details are changed enough that it’s still fantasy; there are no photos of real people’s real loved ones who were ripped away from them by real murderers. No families sitting at home, shuddering with rage and horror as their greatest trauma is repackaged into a titillating narrative for you to consume with dinner.

When Sabina was raped and murdered steps from the front door of her Philadelphia apartment in June of 2010, it was a big news story. She was a beautiful 20-year-old girl with a bright smile, killed in a brutal and apparently random attack in a gentrifying neighborhood. She wasn’t white—she was half Filipino and had golden-brown skin and big almond eyes—but her Irish last name threw people off and put her in the category of Murdered White Girl, which we all know is America’s favorite kind of story to follow. Sabina’s smiling face was on TV every night while police searched for her killer.

I was in college at the time, studying journalism, so when reporters called my aunt’s house while the whole family was hunkered down there drinking and crying and wandering aimlessly from room to room, someone often handed the phone to me. I knew how to talk to reporters, they figured; I would know what they wanted and be able to get them off the phone quickly and make them leave us alone.

I sat on the front porch of my aunt’s house in a Philly suburb one afternoon that June, in a vintage rocking chair, staring up at the golden summer sunlight filtering through bright leaves, holding a glass of whiskey that I wasn’t even really drinking—I’d just gotten used to always having one in my hand that week. I pressed the phone to my ear as an earnest young woman on the other end asked, “Can you tell me how your family is doing?”

I knew she wanted me to say “we’re devastated” or “our lives will never be the same” or some such pat statement that would pull at readers’ heartstrings when she wrote an article about Sabina’s murder, to show the human side of this horrible thing that had happened. I knew what she wanted me to say, and why, but I was still confused by her question, like she had asked “what time is orange?” I asked her to repeat herself. I couldn’t wrap my head around condensing the thick, broiling grief that filled the house behind me into a soundbite.

I pictured thousands of people around Philadelphia picking up a paper the next morning, seeing that same picture of Sabina’s smiling face that had started to feel less and less connected to her and more like an emblem of tragedy. They’d read the words, “’We don’t know what to do with ourselves,’ Sabina’s cousin told reporters” and say “how awful” before moving on with their days. The idea of it made me sick. It made me viscerally, inexplicably angry to think of her death and our pain being a passing blip in strangers’ mornings—and that was just for a news story, not even a docu-series set to dramatic music.

Nobody has tried to make entertainment out of Sabina’s story, but if they did, I would burn their podcast studio to the ground.

Nobody has tried to make entertainment out of Sabina’s story, but if they did, I would burn their podcast studio to the ground. I would call them every night at 3 a.m, and then again at 5, and when they started turning their phone off I would show up and ring the doorbell. I would dig up their most embarrassing secrets and use them as blackmail. I would do whatever I had to do to get them to give up on the project. It would be intolerable to me—physically intolerable like the way a body can’t tolerate rotten oysters—for someone to splash Sabina’s last moments and the horror of her death onto a TV screen, or to narrate it between advertisements for Casper mattresses.

I don’t want to write about her killer; I don’t want to focus on him, like so many true crime stories tend to. He’s in prison now, and he will be for the rest of his life. That’s the only thing about him that matters to me. And that’s the difference: I’ve started to write about Sabina, and what it was like to lose her in such a horrific way. But true crime stories rarely focus on the victims or their families. They focus on the killers. They elevate these people, the very worst among us, to minor celebrities as if their life stories are more important than the ones they cut short. As if understanding why they did what they did will make it any better. As if they’re fascinating.

Some critics and viewers pointed this out after the recent series about Ted Bundy aired on Netflix; that romanticizing serial killers is truly twisted and perverse, but not in a fun provocative way. That if we’re going to talk about those murders, we should be talking about the women who were murdered and stop using them as plot devices to glorify evil men. That seems pretty obvious to me. But most of those same critics didn’t apply that same logic to the smaller stories; the individual killings that have been fodder for shows like Forensic Files for years, that you just know journalists and TV producers are out searching for right now, wondering if they might hit on the next Serial.

I’ve tried to watch or listen to a few of the most raved-about true crime shows, tried to think of them like any other cop show I enjoy, but I just can’t do it. Even in the more high-brow, journalistic true crime series like Making a Murderer, I couldn’t focus on the outrage I was supposed to feel at the criminal justice system or how the Avery family was treated—all I could think about was how the murdered woman, Teresa Halbach, was treated as a plot device in a man’s story. I had to Google her name just now. Everyone remembers Steven Avery, but what about Teresa? Whether Steven Avery killed her or not, I couldn’t imagine being Teresa’s mom or cousin or friend, watching this show all about someone who was accused of killing her, with her dead body only in the story as an inciting incident. If he was wrongfully accused, that might be even worse to watch as her family—her murder going unsolved and forgotten in the background of someone else’s story.

I don’t begrudge true crime fans their shows. I’m not here to tell you you’re a bad person if you enjoy these stories. But I wish that the audiences and creators of these shows would give a little extra thought to how the dead woman (because it’s almost always a woman) at the heart of the story is treated in the telling. Is she treated like a human being who had more life left to live, with people who loved her, who will never be the same because of her loss? Or is she reduced to a gory crime scene photo and a plot point in a story about a man who doesn’t deserve anyone’s fascination?

The idea of someone not only turning Sabina’s story into entertainment, but doing so without even focusing on her, instead telling the story of the monster who took her from us as if he were the important person in the horrible story they share, makes me feel physically ill. My heart is racing right now as I write this, just thinking about it. And knowing how I would react if it were my family’s story, I can think of nothing but how the families must feel when I see other murders turned into entertainment.

Lilly Dancyger is a contributing editor and writing instructor at Catapult, assistant books editor at Barrelhouse, and the editor of Burn It Down, an anthology of essays on women's anger, forthcoming from Seal Press this fall. Follow her on Twitter at @lillydancyger. 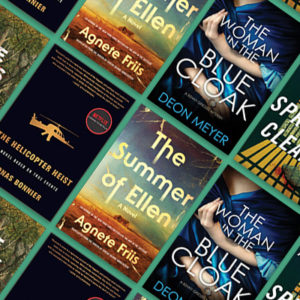