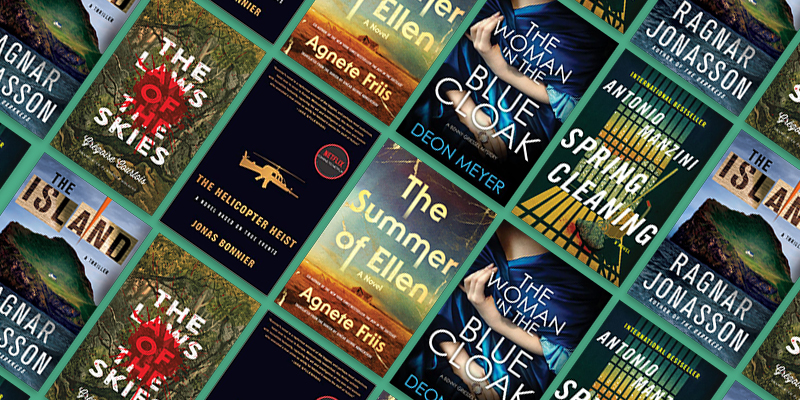 Every month, like customs agents with a penchant for literature, we’re scouring the latest imports to these shores looking for the best crime novels, mysteries, and thrillers. Whether you’re a devotee of Nordic Noir, French crime, or you’re looking for the next big thing from the far corners of the mysterious world, chances are there’s a good book headed your way. Up this month: murder in Naples, art theft in South Africa, and so, so many Scandinavians. 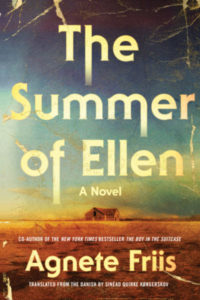 This character portrait by Denmark’s Agnete Friis finds Jacob confronting a mid-life crisis—his marriage is shattered and alcohol threatens his career—when his elderly great-uncle calls from the family’s rural farm, planting a seed of doubt about the fate of a girl from his past, Ellen, a hippy from the local commune. Modern Copenhagen, Danish farmland in the ‘70s, and a hippy commune: The Summer of Ellen has all the ingredients for a gripping, literary noir. 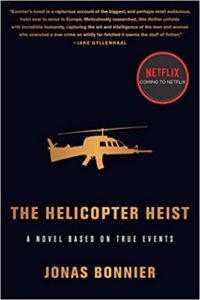 Bonnier’s fast-paced thriller of a heist gone wrong, based on a daring real-life crime, promises to be the perfect read for fans of Ocean’s Eleven or The Italian Job, featuring a charming ensemble cast who soon learn that even the best-laid plans can go awry. If it sounds a bit more like we’re describing a movie than a book, that’s because The Helicopter Heist is also soon to be a Netflix film starring Jake Gyllenhaal. 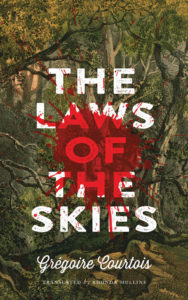 Gregoire Courtois, The Laws of the Skies (Coach House)

Courtois’ new forest noir of children gone missing in the woods evokes myth, fairytale, and nightmare. The Laws of the Skies begins when a school trip to explore nature leaves a number of students stranded with a murderer, and only gets stranger from there. Also this one wins oddest comparison blurb—the publisher describes this book as “Winnie-the-Pooh meets the Blair Witch Project.” In other words, irresistible! 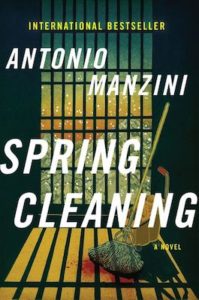 Spring Cleaning is Antonio Manzini’s newest installment in the internationally bestselling Rocco Schiavone mystery series. Hiding out in a hotel in northwestern Italy after his best friend’s girlfriend was killed, the Deputy Police Chief, who believes he was the intended target, searches the deep forests for the murderer, but Rocco’s grudge-bearing adversaries in the mafia still haunt Alpine Italy. 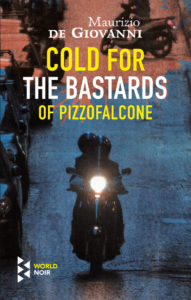 Maurizio di Giovanni, Cold for the Bastards of Pizzofalcone (Europa)

From giallo author Maurizio di Giovanni comes a new novel set in contemporary Naples, in which a double murder in a seedy neighborhood pits the local crew of cops against the wider city’s law enforcement, for what promises to be a gritty procedural with strong elements of noir. 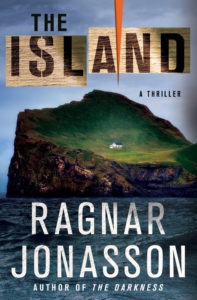 Ragnar Jonasson knows how to ground the present in the darkness of history and the murk of myth, and The Island, his second in his new Hidden Iceland series, is no exception. In this very Icelandic mystery, a modern-day murder connects to 17th-century witch burnings for an eerie thriller with one foot in the world of horror. 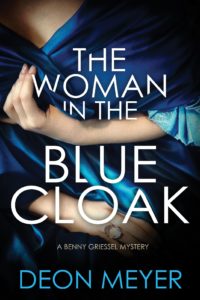 Acclaimed South African crime novelist Deon Meyer brings back Benny Griessel, his beloved sleuth. When a woman’s body washes up on a remote beach, and the locals are stumped, it’s up to Benny and his cynical teammates to find the murderer, as their investigation takes them further into the high-society underworld of art smuggling. 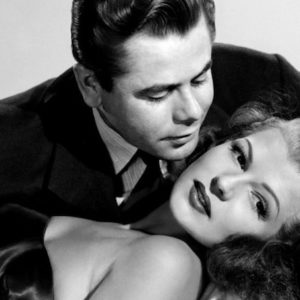 In many ways, Phyllis Nirdlinger is the perfect femme fatale. When she first walks into James M. Cain’s Double Indemnity,...
© LitHub
Back to top