Dublin: A City of Books, and a City With a Serious Crime Fiction Tradition

Few cities in the world can equal Dublin's investment in books and literature. That goes for its crime fiction, too.

You’d be hard pushed to find a city more invested in books and literature than Dublin. Of course none other than James Joyce himself took a keen interest in crime and punishment—the 1803 execution of Robert Emmet for revolutionary activities, was just one famous trial whose details percolate through the narrative of Ulysses, while the Maamtrasna murders of 1882 which led to the execution of a peasant called Miles Joyce (wrongly convicted) is a significant theme in Finnegan’s Wake. Joyce liked to attend trials. In 1889 he spent three days watching the trial in Dublin of Samuel Childs for the brutal murder of his brother, a crime (for which Childs was acquitted after a spectacular defense by Seymour Bushe). It is alluded to in Ulysses when a man tells Simon Dedalus, ‘That is where Childs was murdered…The last house.’ Dedalus replies: ‘So it is…A gruesome case. Seymour Bushe got him off. Murdered his brother. Or so they said.’

Today, crime writing is a strong strand of Dublin’s continuing literary tradition. Every discussion currently concerning the genre starts with Tana French who, though American-born, has lived in Ireland since her university days at Trinity College. The Irish Independent has dubbed her ‘The First Lady of Irish Crime’ and her Dublin Murder Squad series, which began in 2007 with In the Woods (the novel that also forms the basis for the recent TV show, Dublin Murders), now has six installments. They are all best sellers—In the Woods, which combines a psychological thriller with a police procedural, with now well over a million copies. The novel follows Dublin detectives Rob Ryan and Cassie Maddox investigating the murder of a 12-year old girl. The series revolves around the various members of the Dublin Murder Squad, with each team member taking centre stage in each book. The Likeness (2008) sees Maddox working with undercover ops copper Frankie Mackay. Book 3, Faithful Place (2010) then focuses in on a murder investigation led by Mackay. Broken Harbor (2012) follows Dublin’s ace detective “Scorcher” Kennedy on a case while his personal life is in meltdown. The Secret Place (2014) and the most recent addition to the series, The Trespasser (2016) continue the theme and follow other team members.

If you’ve already ploughed through the Dublin Murder Squad series then you could do a lot worse than check out Olivia Kiernan who, though born in County Meath and living in the UK now, has set her Detective Chief Superintendent (DCS) Frankie Sheehan series in and around Dublin. Too Close to Breathe (2018) sees Sheehan, a trained profiler, and her team investigate the unexpected suicide of a respected scientist. Sheehan returns in The Killer in Me (2019) has a case of two mutilated corpses left in a church. If Looks Could Kill (2020) see Sheehan called away from Dublin to Wicklow in the middle of her own crisis of confidence. The Frankie Sheehan series has got steadily better book by book.

The same is true of Nicola White’s Inspector Vincent Swan mysteries. However, they are not appearing at the rate of one a year. In the Rosary Garden came out in 2013 and introduced Swan investigating murdered new-borns left in the gardens of a Catholic church. The investigation soon moves back to Dublin, Swan’s home turf. Now Swan, and his partner Gina Considine, is back in A Famished Heart (2020) and murder, Dublin and the church are all intertwined once again.

We should also mention here Dublin-born Liz Nugent, whose novels, often described as “domestic noirs” are massive best sellers in Ireland and the UK. Though her books are not all set in Dublin, Unravelling Oliver (2015), Lying in Wait (2016), Skin Deep (2018, and set on a fictional island off the west coast of Ireland), and Our Little Cruelties (2020) are all gripping reads with plenty of twists.

Declan Hughes is a playwright who writes a lot of crime fiction too. Hughes’s Ed Loy series (it’s a homage to Hammett’s Sam Spade and The Maltese Falcon—a loy being a type of traditional Irish spade) starts with the Dying Breed (2008) set amid the horse racing fraternity. All the Dead Voices (2009) sees Loy in Dublin on the trail of cold cases and ex-IRA gunmen; The Wrong Kind of Blood (2007) sees Loy returning to Dublin after a break to find himself back in his boyhood streets amidst a wave of organized crime (and is perhaps the best description of Dublin in a Hughes novel). City of Lost Girls (2011) starts with a killer in LA but soon moves to Dublin where we meet Ed Loy once again.

All of these recommendations so far have been pretty contemporary. Time for a couple of historical crime series set in Dublin. Benjamin Black is the crime writing pen name for the Booker Prize winning author John Banville (originally from County Wexford, but a long time Dubliner). Black’s Quirke novels, set in 1950s Dublin and featuring a rather morose pathologist (played rather well by Gabriel Byrne in the BBC adaptations of the novels) move through a city largely run by joyless politicians and the Catholic Church. We are a long way from Dublin as one of the foodie capitals of Europe, the pubs are smoky and overwhelmingly male, Sundays are long and boring. You’re lucky if anyone ever offers you a second glass of sherry in the more bourgeois, stuck-up streets of middle class Dublin. The seven-book series starts with Christine Falls (2006) and runs through to Even the Dead (2015). At no point does life get any lighter for Quirke nor Dublin any less repressed. Each book in the series is a case study in superb plotting and slow burn character development.

Joe Joyce’s wartime Dublin in his excellent Echoland trilogy is brilliantly rendered. A neutral Republic of Ireland is trying to balance the competing demands of Germany and Britain. The series features Paul Duggan of G2, Irish Army intelligence, various conspiracies, senior figures that lean either towards London or Berlin, and a sprinkling of real characters thrown in for good measure. Echoland (2013) is set in 1940 with France on the brink of the Nazi occupation, British troops fleeing Dunkirk and a suspected Nazi spy at large in Dublin. Echobeat (2017) is a few months later and finds Duggan faced with a British troop build up in Northern Ireland (perhaps presaging a takeover of the Republic to prevent the Nazis occupying the South) and the German bombing of Dublin (intentional or accidental?). Finally Echowave (2017) brings the Americans into the war and the issue of Irish neutrality while Duggan leaves Ireland to visit that other wartime bastion of neutrality, spy-ridden Lisbon. All three are gripping reads.

And finally, as ever a special recommendation. This time for anyone who likes their crime writing extra tough. Dublin-born Gene Kerrigan is, like Joe Joyce, a journalist turned author who has written a number of true crime investigations and political books. But it’s his CWA Gold Dagger winning novel The Rage (2011) that really stands out, capturing Dublin in the dog days of the Celtic Tiger as it crept away again, the good times finished and recession kicked in. Vincent Naylor, thief, is fresh out of jail and planning an armed robbery to get back in the game; Bob Tidey retired policeman, is about to perjure himself; and Maura Coady, a nun living on a Dublin backstreet sees something she can’t ignore. The intersection of the three random, and very different, Dubliners unleashes a storm of violence across the city.

To many outsiders Dublin appears almost kept in aspic, a city of old pubs, Georgian terraces and great books. But Dublin has been a city in constant change over the last century—emerging from British colonialism, forging a new state, negotiating the trickiness of wartime neutrality, the overweening power of the church and the Troubles next door in the North. Through the wild ride of the Celtic Tiger, a role in the new enlarged European Union and becoming a multicultural, liberal city now known for its pubs, food, architecture, and nightlife Dublin endures as a bastion of books and writing. 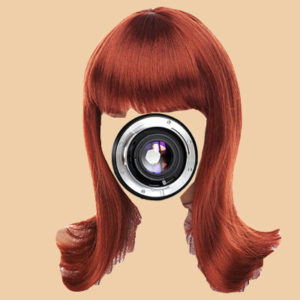 When you’re undercover and carrying a hidden camera, like I was that day, there’s no room for error. Your real identity...
© LitHub
Back to top