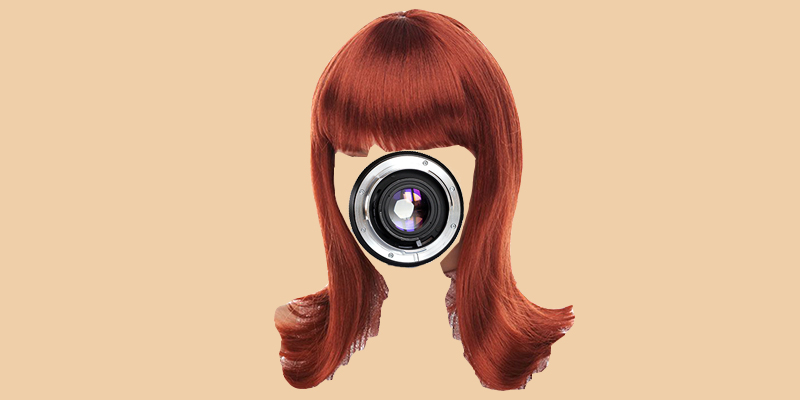 Sometimes, the only way to see reality is to not let anyone know you're looking.

When you’re undercover and carrying a hidden camera, like I was that day, there’s no room for error. Your real identity must stay concealed—and your hidden camera has to stay hidden—or else your cover is blown. And then my intern started to cry.

Would this be the time I got caught?

We’d traveled in our unmarked news car from Boston up to rural New Hampshire, having phoned the proprietor of a dog breeding facility to set up an appointment to buy a puppy. I’d explained we were a mom and her daughter, looking for a special new pet.

It could have been true, but it wasn’t. We were actually me, a veteran TV investigative reporter, and “Sally,” our summer intern. And we didn’t want a dog. We wanted proof. And pictures of it.

We’d been told that he was breeding dogs in miserable conditions, mistreating the animals, caging them and abusing them and being unspeakably cruel. The mother dogs were kept constantly pregnant, and their poor pups were sickly and the whole thing was—we were told—bleak and brutal.

I was wearing thick glasses instead of my usual contacts. My on-air hair had never looked so disheveled. Even my friends wouldn’t have recognized me without my usual television makeup. Plus, we figured, New Hampshire was out of our viewing area, so even though I was on TV regularly, this puppy mill proprietor—if that was indeed what he was—probably wouldn’t be suspicious.

We hoped the dog man didn’t notice that the tiny cigarette burn hole on the front of my gray Life is Good sweatshirt was actually the opening for a tiny camera lens taped to the inside. And that under my bulky clothes was a camera. (We called it button-cam.) A thin wire snaked down from behind it, under the sweatshirt, and tucked under my belt. Attached to that, and zipped into my goofy-looking fanny pack, was the guts of the hidden camera. I’d have to keep the lens pointing in the right direction to get it all—guy, dogs, conditions, context. I hoped the video would roll properly in my pack. And I sure hoped Dog Man didn’t realize it.

Okay, I thought. Fine. We’d told Dog Man there would be two of us, so we decided to leave “my boyfriend” in the car. Keep it running, I told him. Just in case.

Article continues after advertisement
It wasn’t my first undercover story. We do this—as a last resort—if there’s no other way to get the truth.

It wasn’t my first undercover story. We do this—as a last resort—if there’s no other way to get the truth. I’ve been a “therapy patient,” to find out if a registered sex offender was till accepting new counseling clients. (He was.) I’ve been a ditzy single woman in the market for a new car. (My not-so-ditzy male producer, who talked to exactly the same salesperson about exactly the same car an hour later, was offered a better deal than I was, can you believe it?) I’ve been a vulnerable misfit, seeing if a cult church would ask me for money to get salvation. (It did.) I’ve been worried wife trying to get pregnant—would the obstetrician tell me the truth when I asked about his malpractice history? He didn’t.

There’s a principle called The Hawthorne Effect, the history of which is more lore than reality, but the theory is that simply the act of observing a situation changes it. Any teenager knows one version of that is true: If you fear your mom is watching, your behavior will be markedly different. Here’s the journalism corollary: if a subject knows a reporter is asking the question, they’ll respond with a different answer than they would to someone who isn’t.

The brave and iconic Nellie Bly, working for Joseph Pulitzer’s The New York World, suspected brutality and violence against the women in the “Women’s’ Lunatic Asylum” in Blackwell, New York. To get the story—in 1887—she pretended to be insane, and got herself admitted. She lived as a mental patient in the asylum’s terrifyingly miserable conditions for ten days, until The World got her out. She then sealed her career and reputation with her shocking expose.

If Nellie Bly had shown up at the asylum and presented herself at a reporter, would the heartless and corrupt administration there have politely shown her around? Taken her to the dank back cells of the place, let her see the haunted-eyed women in their filth and rags? Nellie knew the answer. She knew the only way to see reality—was not to let them known she was looking.

So for this assignment, in that present-day New England, I wondered: was Dog Man a reputable breeder? Or the proprietor of an illegal puppy mill? Like Nellie, I knew I couldn’t find out unless I was inside.

I silently chanted my mantra. Rule one of undercover shooting: The target doesn’t know. The target doesn’t know. The last thing this guy would figure was that the middle-aged woman and her college kid daughter were actually a television reporter and an intern. But even though what we were doing was perfectly legal, and for the benefit of the public, and on the side of the good guys—when you’re on the reporter side of the camera, there’s never a moment when you feel certain it will work. Every moment is stomach-twistingly tense.

In Massachusetts, the law does not allow for secret taping of audio. So the microphone was turned off. But silent video? That’s fine.

And in television, if it’s not on video, it didn’t happen. And we had to get the video.

The intern’s job, as I explained it to her, was to chit-chat with the owner, and look at the puppies with him, and try to be all adorable and needy. The goal was to distract him from my surreptitious photo-taking. And from noticing at the little lens hole in my chest.

It was all going fine, and we were all sitting on the hay-strewn dirt floor of the barn surrounded by puppies, and I saw all the cages and all the squalor and all the horrible stuff and I could not wait to do my big save-the-puppies and change the world story, when Sally innocently posed just the wrong question. “What’s the mother dog’s name? she asked.

The dog man looked at her like she was nuts. “Dogs don’t need names,” he told her, with a patronizing drawl. “The dog don’t have a name.”

Sally burst into tears. “The dog doesn’t have a name?” she wailed. (And corrected him.) “What kind of a person are you?”

Okay, so not good. I waited. though, since if I was a real mom and she was my real daughter, I’d cuddle her and reassure her. And apologize to the guy.

I could see the guy smoldering. He stood, slowly, and we did too. The barn got really silent.

“What the hell are you really doing here?” he asked. I cannot describe to you how sinister it was.

“Looking for a puppy,” I said, standing in front of Sally.

“I don’t think so,” he said. In my memory, I heard a rifle cock, but there wasn’t really a gun. It was that scary, though. “I think you better get the hell out of here.”

“Okay, sure,” I said, all cheery. Pretending I wasn’t terrified. “Thanks so much.”

It was all I could do not to run like crazy, but we managed to walk to the car. I turned around too get a wide shot of the barn, I mean, had to get the shot, and the guy was standing in front of it, arms crossed over his chest. Oops.

I yanked the car door to open it. Locked. What? And our photographer was asleep! “Open the door open the door!” I whispered, banging on the window. He startled awake, and did. We got in. We left.

We won an Emmy and the guy was closed down, and the dogs sent to a good shelter. And, we hope, to good homes.

The high stakes and the high stress. The decisions and the deadlines. The pressure of going undercover and in disguise—and knowing, if you succeed, you might change the world a bit. And if you get caught, you’re alone and in trouble. After more than forty years in television, I knew I could use the heart-pounding non-stop pressure of going undercover in my newest thriller The First to Lie. (Forge Books, August 4, 2020)

In The First to Lie, are doctors telling patients the whole truth? If there’s a brand new drug that might help them—what if it might not? And what if, as in my own obstetrician story—the drug had to do with getting pregnant? And what’s the ethical calculus of the number of women helped versus the number of women harmed?

My fictional undercover character—and of course I can’t say who they are—steps into the same risky world I did. With not only their stories on the line at every moment, but their careers. And maybe their lives. What keeps them going? In The First to Lie, they know the lives of others are also steeply at risk.

An affluent daughter of privilege. A glamorous manipulative executive. A determined reporter, in too deep. It’s a high-stakes game of cat and mouse—but which character is really the cat? And might they be a cat in mouse clothing?

But no one will tell the truth—unless they have no idea who’s asking.

And when it comes to those white-knuckle undercover scenes—will their ruse be discovered?—now you know. I’ve been there. Done that. 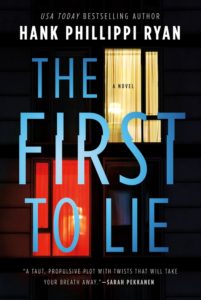 Dublin: A City of Books, and a City With a Serious Crime Fiction Tradition 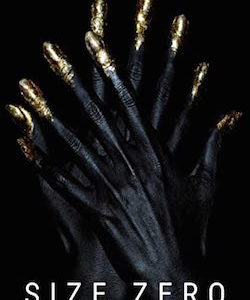 The dining room table was set for one, adorned with pussy willow branches and white rose petals. The table was a glass aquarium...
© LitHub
Back to top