How East Texas has established itself as a major force within American Noir.

Somewhere in a recondite basement poorly lit by one dim, flickering bulb there is a sub rosa committee of crime readers crowding around an investigation board featuring a map of the world full-up with pushpins and other markers. Next to each indicator is a corresponding profile which all the readers know by heart. For instance, in South Florida there’s a fedora-wearing P.I. in a sweat-stained floral shirt investigating a body found in the Glades. In the Pacific Northwest a shadowy killer stands at the edge of a tree line, his figure blurred by the sheets of rain. And on the bustling streets of London a deductive detective knows the game is afoot. But in the thick pine forests of East Texas, a new subgenre is emerging, and tonight the readers are placing its pin.

Texas is itself a cultural marker—high plains and high winds, canyon and cacti and cowboys. The literary world best knows the Lone Star State for its giant, sweeping tales of cattle drives and border crossings. And while the dust-covered settings of McMurtry and McCarthy are true to Texas, there exists another side to Texas literature that takes place in a more riparian world, covered in swamp and shadow.

Long an afterthought in the Texas canon, the eastern portion of the state is finally emerging as force in crime fiction thanks to stars like Joe Lansdale and Attica Locke, and rising powerhouses like May Cobb. Like any well-recognized region in crime writing, my native East Texas has its own atmospheric aura. Cobb, whose Hunting Wives was released last month, says the trees are “so tall they snuff out the sunlight.” Lansdale calls the landscape “shadowy and wet,” and Locke describes the region as “craggy.” All accurate, and all ideal for dark, gritty, southern gothic-esque crime novels.

Of course literary merit often comes not just from the landscape but from the culture, and East Texas is no different. More country than cowboy, the East Texas culture is akin to many southeastern states— poor, proud, and deeply religious. I grew up in an area (Pollok, Texas) where many folks lived in dilapidated trailers but attended churches that added shiny new buildings every other year. In his youth, my father attended services where the congregation spoke in tongues. The region’s meth trade is ongoing, as are its white supremacist organizations. Two former classmates of mine were murdered by Aryan Brotherhood members—the victims were also members—in 2007 for supposedly not paying a debt to one of the group’s leaders.

There are a host of other infamous crimes, from the historical (Bonnie and Clyde) to the bizarre (Bernie Tiede) and most recently the cultish (Church of Wells). There is a dark history of cyclical poverty, which I examine in my new novel, River, Sing Out, and an even more disturbing record of racism and violence (powerfully captured by Locke in her award-winning Highway 59 series).

Then there is the money—generational wealth passed down from oil and timber and other natural resources, which creates a massive inequality gap, as well as an influence gap in local and state politics. Much of East Texas doesn’t have access to broadband internet, let alone to the offices of their elected officials. Fraud and mismanagement are rampant in local government, as I found out during my time as a reporter in East Texas, and outsiders are looked at with a wary eye at best.

All of these factors contribute to a raw, rich setting for crime fiction. And as a new crop of East Texas authors emerge, the region’s influence on the genre will only grow—perhaps so tall it snuffs out the sun. 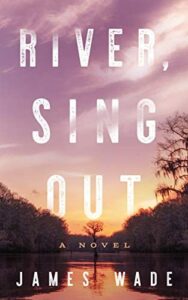 James Wade lives and writes in the Texas Hill Country with his wife and daughter. His debut novel, All Things Left Wild, won the 2021 Spur Award for Historical Novel. James is also a winner of the Writers' League of Texas Manuscript Contest and a finalist of the Tethered by Letters Short Fiction Contest. His fiction has appeared in various literary magazines, including the Bitter Oleander. 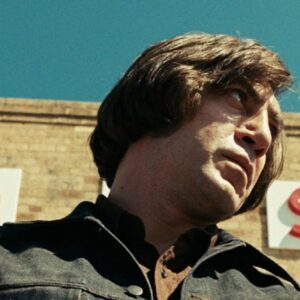 We all love a good villain. From Tom Ripley to Hannibal Lecter, it’s the bad guys who make us sit up and pay attention...
© LitHub
Back to top