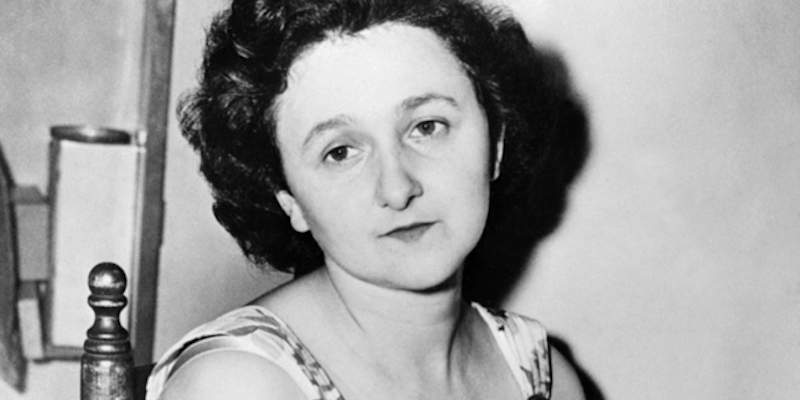 How did Ethel Rosenberg find the strength to bear her unjust persecution, and what can we learn from her today?

Julius and Ethel Rosenberg remain the only Americans ever put to death in peacetime for conspiracy to commit espionage, the only two American civilians executed for espionage-related crimes committed during the Cold War that roughly lasted from 1946 to 1991, and Ethel is the only American woman killed for a crime other than murder. Today there is widespread recognition that Julius did pass military information to the Soviet Union, yet skepticism that the couple had, according to the phrase used at the time, stolen “the secrets” of the atomic bomb. Much was known about the basic physics involved in making a bomb; the main difficulty was devising practical weapons and the aircraft and missiles to deliver them. There is equally widespread recognition that the three-week trial at which both Rosenbergs were convicted and sentenced to death contained multiple miscarriages of justice and that the only “evidence” against Ethel was the perjury of her own brother David. But over and above this, Ethel was also the victim of a government terrified of showing weakness in the face of an unyielding fear of Communism at the height of the Cold War and which knowingly allowed this perjury. 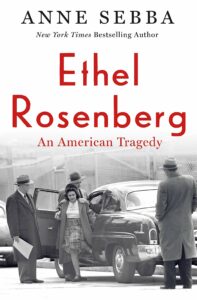 Why is it important today to understand the motivation of a woman who believed in the values of a now largely discredited Communist system in the second half of the 1940s and early 1950s? What drove a child born of immigrant parents from Eastern Europe both to embrace the American Dream that enabled so many immigrants like her to flourish and at the same time seek to improve it? In the 1930s, a belief that the new philosophy of Communism, with all its inherent contradictions, was the route to create a world without poverty, inequality, and racism was common among many intellectuals on New York’s Upper West Side as well as poor workers on the Lower East Side. It was an especially attractive philosophy to Jews who believed that the Bolshevik revolution offered the prospect of a life freed from cruel bondage. In 1933 America had finally recognized the Soviet Union and established diplomatic relations with the new state. Just three years later, in 1936, the year Ethel met Julius, many of the same people believed it was morally imperative to support Spain’s democratically elected Popular Front government, which included Communists, against the right-wing military uprising led by General Francisco Franco. The Spanish Civil War became a cause espoused by internationally minded New York liberals who believed strongly that Fascism had to be stopped; some even volunteered to fight in Spain and gave their lives.

During the 1930s, many of the same New Yorkers were informed about Communism in the Soviet Union by reading the naive reports of the Pulitzer Prize–winning journalist Walter Duranty, Moscow correspondent for The New York Times, who denied the widespread famine of 1932–33 and later sugarcoated Stalin’s purges. Briefly the idea of a Popular Front in government at home in America was even something that many who had once been fervent Communists now believed offered the best route to defeat the rise of Fascism, not only in Spain but also in Italy and Germany. From 1933 until his death in 1945, President Franklin D. Roosevelt, a Democrat and author of the New Deal, which was intended to steer America out of the Depression and restore prosperity to all Americans, held on to power and in 1941 forged an alliance with Communist Russia. For the remaining years of World War Two the Soviet Union was not only an ally but a critical bulwark in defeating Hitler.

Yet attitudes changed dramatically in 1945, almost before the war was over. Republicans were desperate to stop what they saw as a partly dynastic Democratic dominance following the death of Roosevelt shortly after the Yalta Conference in February, when Roosevelt, Stalin, and Churchill had begun dividing up the postwar world. Roosevelt’s vice president, Harry S. Truman, had taken over, and was to remain in office until 1953. Shrewd and well advised, Truman was an unpretentious, plainspoken senator from Missouri who regarded Stalin with great suspicion when they met at the Potsdam Conference in the summer of 1945. Almost immediately there was a marked change of tone in rhetoric, not simply in America but in Britain too, where the newly elected Labour Prime Minister, Clement Attlee, was also alarmed by Stalin’s postwar intentions.

In March 1946, Britain’s Conservative wartime leader, Winston Churchill, made a speech at Truman’s invitation in Fulton, Missouri, declaring that an “Iron Curtain” had fallen across Europe. This imaginary boundary divided the continent into two separate areas of influence, the one Communist and the other democratic. Churchill argued in his speech that strong US-British relations were essential in stopping the spread of Communism and maintaining peace in Europe. A year later, in a dramatic address to a joint session of Congress, Truman declared that the whole world faced a choice: a way of life “based upon the will of the majority” or one “based upon the will of a minority forcibly imposed upon the majority.” This latter regime, he suggested, relied upon “terror and oppression.”

The Truman Doctrine, as it became known, was seized on by the Republican Party, which was desperate to regain power from the Democrats. Truman’s case that the Soviet Union posed an existential threat to the West, and particularly to the United States, seemed unarguable in the late 1940s, as Eastern Europe and then China fell into Moscow’s orbit. Yet in the hands of unscrupulous Republican politicians such as the young Californian congressman Richard Nixon and Senator Joseph McCarthy from Wisconsin, the same threat became the pretext for antiCommunist hysteria at home, centered on alleged conspiracies by “Reds” and “un-American” fellow-travelers. McCarthyism, as it became known, fed on the suspicions of many Americans that they had been dragged into an unwanted war and were now in danger of losing the peace.

Ironically, many former US Communists had shed their illusions about the Soviet Union by the late 1940s, confronted by the hard evidence of Stalinism’s brutality in Eastern Europe.

Should Ethel and Julius also have renounced Communism? Even in a “free” society, surely defined by the ideal that anyone is entitled to hold whatever political beliefs they want, while it is hard to argue sympathetically for anyone engaged in subversion, who betrays their country by giving information to another state, it is at the same time not only possible but, I believe, imperative to project empathy for any individual who finds him- or herself at the mercy of a well-prepared and rehearsed government charge sheet without necessarily agreeing with their political ideals. And this is especially true for Ethel, whose precise motivation and involvement in Julius’s crimes requires deeper exploration than she has been granted during her long post-execution afterlife. Even in death, Ethel has been framed by some merely as an appendage to Julius, the junior partner in “the Rosenbergs,” by others as “the master” who drove her apparently weaker, younger husband—positions taken often according to preexisting political views. In the absence of proof as to exactly what, if indeed anything, Ethel knew, or what she and Julius said to each other in the privacy of their bedroom, and the reliance of their trial on circumstantial evidence at best, it seems to me important to try to understand who was this woman, barely known to the point of obscurity at the moment of her arrest in 1950 yet an international icon some years later? How did that transformation happen? Having left school and all formal education behind when she graduated at fifteen, how did she discover the strength to survive three years in prison, two of them isolated in solitary confinement, to reach a point of unassailable dignity and belief that the cause for which she was prepared to give her life was indeed a worthy one?

I first encountered Ethel Rosenberg as a young mother myself living in 1970s New York, discovering American literature in general and one novel in particular that immediately gripped my sense of “what if.” My grandparents too had left Eastern Europe as impoverished Jews but ended up in England, not America. E. L. (Edgar) Doctorow’s The Book of Daniel was, at the time I lived in the city, a pocket-sized paperback of a few years’ standing but still current, small enough to sneak into my handbag on the subway from Brooklyn to Manhattan and devour in the dark if one of my two small babies woke in the night. I still have the book, its pages now yellowing and unglued, and can transport myself back to that room where I first learned about Ethel through a highly fictionalized but desperately dramatic version of events.

The reason why I believe Ethel’s story is as important today as ever is to realize what can happen when fear, a forceful and blunt weapon in the hands of authority, turns to hysteria and justice is willfully ignored. In the past it has suited those who wanted to prove Julius’s guilt to refer always to “the Rosenbergs”; Ethel was used as a pawn in the hope that the threat to her would elicit a confession from him. But even in 1950 it should have been impossible to argue that Ethel, merely by agreeing with Julius’s political ideals and refusing to abandon him, was legally complicit. She was not. So when people say to me, “Ah yes, the Rosenbergs, spies weren’t they?” I now shudder at the ease with which such lazy thinking has taken hold. Part of my task in the pages that follow is to extrapolate Ethel, to see her as an individual, perhaps a victim of her times as much as of an implacable government that found itself inert, like a cumbersome juggernaut caught at an intersection, seeing the oncoming traffic but unable to turn itself around.

From ETHEL ROSENBERG: AN AMERICAN TRAGEDY by Anne Sebba. Copyright © 2021 by Anne Sebba. Reprinted by permission of the publisher, St. Martin’s Press. All rights reserved.

ANNE SEBBA is a prize-winning biographer, lecturer, and former Reuters foreign correspondent who has written several books, including That Woman and Les Parisiennes. A former chair of Britain's Society of Authors and now on the Council, Anne is also a Senior Research Fellow at the Institute of Historical Research. She lives in London. Her latest book, Ethel Rosenberg: An American Tragedy, is now available. 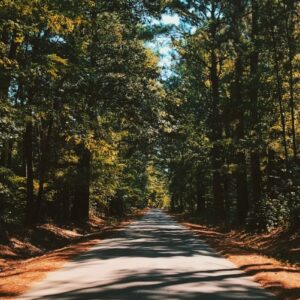 Somewhere in a recondite basement poorly lit by one dim, flickering bulb there is a sub rosa committee of crime readers crowding...
© LitHub
Back to top