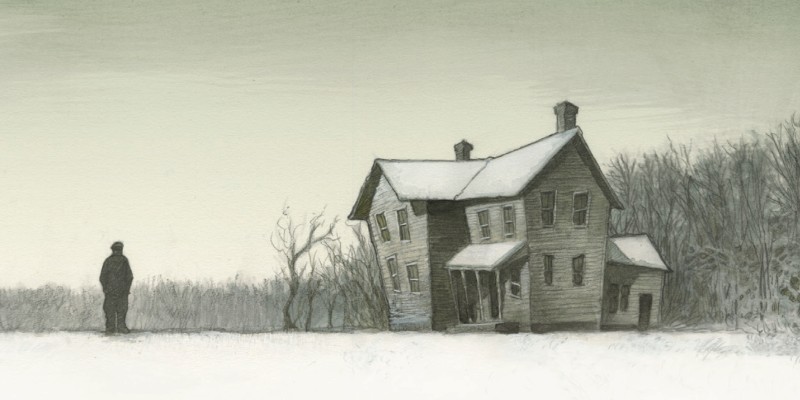 A startling new look at a real-life American bogeyman.

Eric Powell—the legendary creator of comics like The Goon and Hillbilly—and Harold Schechter—the author of true crime classics including Deviant and The Serial Killer Files—are collaborating on an ambitious new graphic novel about one of the most notoriously deranged murderers in American history, Ed Gein.

Powell and Schechter are co-writing Did You Hear What Eddie Gein Done?, an all new, 200-page, original graphic novel illustrated by Powell that delves into the twisted history of the Gein family and the notorious violence that inspired Psycho, The Texas Chainsaw Massacre, and The Silence of the Lambs. Painstakingly researched and illustrated, Schechter and Powell’s true-crime graphic novel presents Gein’s infamous story like never before.

“This book takes Gein’s gruesome crimes out of the realms of exploitation and delivers a powerful, fact-based dramatization of the tragic, psychotic, and heartbreaking events,” said Powell. “Because, in this case, the truth needs no embellishment to be horrifying.”

“Obviously Ed Gein’s story has been fictionalized many times in the movies,” said Schechter. “In no visual medium, however, have the bizarre inner workings of his mind been explored and portrayed. The graphic novel is the perfect medium to conduct such an exploration. Did You Hear What Eddie Gein Done? will not only bring the factual details of Gein’s crimes to vivid, compelling life but draw the reader into the phantasmagoric realm of his uniquely deranged psyche.”

“The case of Ed Gein is terrible, tragic and fascinating,” said Powell. “This story is not just about Gein and his crimes, but also how a society tried to deal with the shocking facts of these crimes and the idea that the quiet neighbor next door could be a real life bogeyman. The after effect it had on our culture, especially pop-culture, cannot be overstated.”

Q & A with Harold Schechter

What level of research did you do into the Gein crimes?

I always do deep research for my books. Deviant, my book about Gein (and my first foray into the true crime genre) was written pre-Internet, so I had to do a good deal of digging in archives, libraries, courthouses, etc.  I also made a very fruitful visit to Plainfield, where I was able to interview neighbors and acquaintances of Gein’s.

What is the most misunderstood aspect of Gein’s life and legacy?

Gein is typically described as a serial killer, which is not how I see him. The phrase “serial killer” was first coined to describe psychopathic sex-killers—lust-murderers, as they used to be called: depraved individuals who achieve orgasmic ecstasy from torturing and murdering victims. That was not Gein’s M.O. Essentially, he was a necrophile who robbed graves, brought home the corpses of elderly women, dissected them, and fashioned ghoulish objects out of their body parts. It’s true he murdered two women but—without minimizing those crimes—they were not, unlike the victims of Ted Bundy or John Wayne Gacy, tortured. They were swiftly executed and used to provide the raw material for his ghastly handiwork.

Did the fact that the book would be illustrated impact how you wanted to depict about the crimes?

Eric and I agreed that it would be best to avoid any overly graphic depiction of the atrocities Gein perpetrated on the corpses of his victims. Eric did a masterful job of conjuring up Gein’s nightmarish world without creating any images that smack of exploitation.

Why do you think there’s been a recent boom in the popularity of the true crime genre?

I think true crime has always been popular. If you look at photographs of the newsstands in 1940s New York City, for example, you see an astonishing number of pulp true crime magazines. What’s different now is that this once-disreputable genre has achieved cultural respectability. It’s gone mainstream. My own sense is that the enormous popularity of the podcast “Serial” and the HBO documentary “The Jinx” gave the genre a new cachet.

What is the takeaway you hope readers have from the graphic novel?

One of our goals was to take readers inside Gein’s head and gain a greater understanding of the madness that drove him.  Again, Eric did an extraordinary job of bringing us inside the floridly bizarre mind of Ed Gein.

Q & A with Eric Powell

Why was Harold the right collaborator for this book?

Not only was he the right collaborator, he was the only possible collaborator. Harold is my favorite true crime author so I was well aware of his book Deviant when I got the idea for this graphic novel. I thought about abandoning the project because I didn’t think I could do anything better than what Harold had already done. But I thought why not see if he might be interested in collaborating on the book since he may have come up with new info or have new insights since Deviant was released decades ago. So I reached out through his agent about cowriting a graphic novel. If he had said no, I wouldn’t have done the book. Luckily for me, he turned out to be a huge comic fan and was really excited by the idea.

This book is consistently darker than your award winning Goon comic books which often have a comedic tone. Did you adapt the style of your cartooning for the book?

Yes, in a lot of my projects, even in the Goon, I adapt the art style to match the tone of the story. Photorealism isn’t really my strong suit, so there is still a bit of cartooning to the characters. But I kept it subdued to keep it from looking too comical. I also went for a kind of grittier tone. A little looser. I wanted it to feel like you were looking at an old news report or old newspaper photo.

When did you first hear of Eddie Gein? What interested you about him and his family?

When I was a kid I remember hearing talk about how Texas Chainsaw Massacre was a true story. That there was a real Leatherface. I don’t remember what age I was but it was probably too early to be hearing about people being strung up in barns and skinned. I think much like the kids in the 50s who read the story in Life magazine, Gein became a real life bogeyman to me. It was really Harold’s work that got me interested in the family dynamic. He has explored that area of Gein’s life probably more than any true crime writer. We describe the isolated farmhouse in the book as an incubator for madness, and I think that’s a pretty accurate description for the abusive cycle this family put themselves through.

This is an immersive look into a twisted mind. What made you decide you wanted to tell the story of Eddie Gein?

I think it goes into my own rural upbringing. I felt I knew this world somehow. When I was a kid, there was a really poor family on my road that was a bit odd. Rumor was that they were catching local dogs and eating them. I’m sure it was just cruel stories being spread by other kids, but the idea of what dreamt up atrocities were going on in their ramshackle house made me one creeped out little kid. I think Gein has the same fascination for me. Except, as we know, all the unimaginable atrocities he committed were real.

Why do you think there’s been a recent boom in the popularity of the true crime genre?

I think a lot of it has to do with the fact that people aren’t being judged as harshly for admitting their morbid curiosities. That being interested in crime or the behavior of criminals doesn’t mean you condone them. Anyone with a basic knowledge of history knows humanity has always been fascinated by dark, tragic and horrific subject matter. Admitting it is something different, though. 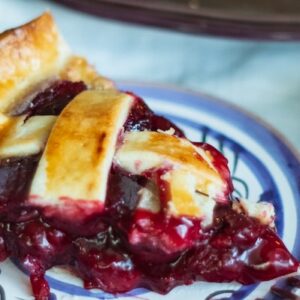 Long before I became a writer of foodie mysteries, I fell in love with reading them. It started with Diane Mott Davidson's...
© LitHub
Back to top