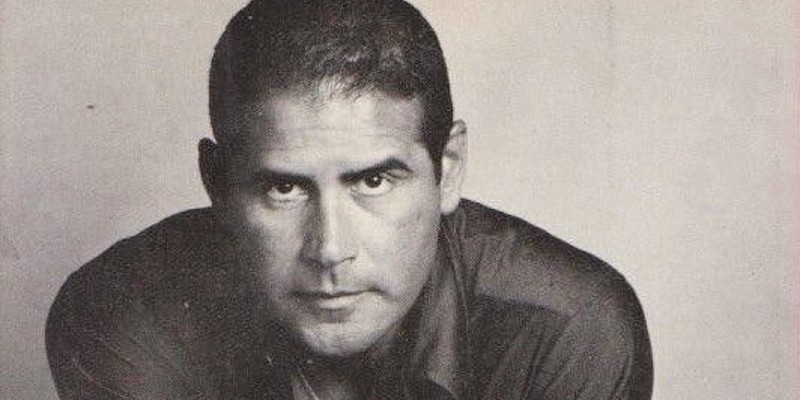 A look back on the life and work of the Nuyorican author of Carlito’s Way, Q&A, and After Hours

Edwin Torres turned 90 this year. The author of Carlito’s Way, Q&A, and After Hours, Torres is the Granddaddy—¡El Abuelo!—of Latinx crime fiction in the U.S. For a brief while in the 1970s, Torres picked up the mantle of Chester Himes and Miguel Piñero, keeping the door cracked open for crime fiction writers who happen to be ethnically diverse. Without Torres we might not have gotten Ernesto Quiñonez’ Bodega Dreams, Carolina Garcia-Aguilera’s Lupe Solano series, or even Walter Mosley’s Devil in a Blue Dress.

“His books are a brass knuckle to the groin,” said Richard Price, author of Clockers. “There isn’t a false note on any page.”

Torres’ books spawned two viscerally entertaining hit movies. And one not very good one. Yet today, his books are out of print, perhaps because their urban nihilism has fallen out of fashion. Yet his subject matter—identity, cultural ties, prejudice, marginalization—echoes through every crime fiction book by a writer of color, including my own.

I got to know Torres recently when he was generous enough to blurb my latest book, Noiryorican. Knowing he had reached a significant milestone, I called him up and gave him a chance to talk—in a voice still as street and profanity-laced as it is on the page—through his life and career.

Torres’ parents moved from Jayuya, a mountain town in Puerto Rico, to East Harlem, where he was born in an apartment at 115th and Lenox Avenue. “You can’t get more Harlem than that,” says Torres.

At that point, in the 1930s, “The dope hadn’t arrived yet, but what we had was street gangs.” He rattles off names—the Comanches, the Turbans, the Renegades. As a teen, he had several near-fatal confrontations with these gangs. But a junior high math teacher named Mr. Arenson pushed for him to go to Stuyvesant High School, an elite school that required an entrance exam.

“Mr. Arenson got a hold on my father, and he said, ‘Your son can pass the exam.’ I said, ‘No, Pop, I don’t want to go there, all the way down to 15th Street.’ But my father said, ‘I’ll kick your ass—you’re going to go to Stuyvesant.’ I am indebted to Mr. Arenson. If I had gone to Benjamin Franklin—fuhgeddaboudit.”

Torres graduated from Stuyvesant, then City College. It was his father Edelmiro who steered him toward law school. “That was the last fucking thing I wanted. Three more years of school! But Pop was real civil minded. He loved to help people.”

Torres graduated from Brooklyn Law School and worked briefly as an assistant district attorney before becoming a criminal defense attorney. In 1977, Torres was appointed to the New York State Criminal Court, and a few years later he was selected to the State Supreme Court, presiding over many high-profile murder cases. His tough-from-the-’hood worldview did not dissipate when he sat on the bench. Neither did his natural talent for language.

In a 1991 profile, The New York Times called Torres “one of the city’s most experienced and sternest judges and a man known for a crackling eloquence both in and out of the courtroom.” His most famous exchange in court involved a man who had murdered two of his children to collect the insurance.

“I had him in front of me and he was trying to work out a plea, so he wouldn’t have to go to trial. I remember he said, ‘If I cop, when I am going to be paroled?’ I said, “Sucker, your parole officer ain’t been born yet.’”

Torres’ writing career started while he was still an attorney. He and his wife Vickie had gone to see Across 110th Street, the 1972 gritty crime drama based on the novel by Wally Ferris.

So every night, after a day of defending clients, he wrote his first novel, in longhand.

Published in 1975, Carlito’s Way (the title is an allusion to the Sinatra song “My Way”) is the coming-of-age story of Carlos Brigante, a Puerto Rican hoodlum from East Harlem, and is told in a rhythmic, slang- and Spanglish-laden first person point of view. In several vibrant courtroom scenes, we see that Carlito has been around the criminal justice system so much that he knows it better than the lawyers assigned to defend him.

Near the end of the book, he meets an “anglowasp” woman named Gail while hiding out in Puerto Rico, but he doesn’t think she’s going to like, or fit into, his world.

While some of Carlito’s bio may parallel Torres’s own, he says his books are not autobiographical. “They are a composite or a fusion of reality and imagination. My books are just quotes from real-life situations. I never fabricated anything. I don’t have that skill. Every one of my books has got a factual underpinning.”

Newsweek called Carlito’s Way “[e]xhilarating . . . boils with raw energy.” In a full-page review, The New Yorker noted: “It is in the grisly tradition of Little Caesar, The Jones Men, and The Friends of Eddie Coyle, and it is the equal of any of them.”

Torres switched things up in his next book, the page-turning thriller Q&A, published in 1977. “I wanted to do something different,” says Torres. The narrative is in third person, and the protagonist is not Puerto Rican, but Irish: ex-cop/deputy district attorney Aloysius Reilly.

While the plot is familiar, it’s the insider’s view of the criminal justice system and politics in New York that help distinguish the novel. That, and dialogue so full of epithets it would make a sensitivity reader’s head explode. When a police detective shoots someone at a Manhattan nightclub, the case seems cut and dry, until Reilly and Detectives Sam Chapman and John Valentin discover that the shooter, Detective Lieutenant Guido Brennan, is hiding more than just evidence.

While Reilly is an able sleuth, he spends much of the book trying to rekindle a romance with his Puerto Rican ex (who calls him out for believing in “West Side Story bullshit”). The real driver of the narrative is the brutal, bigoted Brennan, the kind of cop #BlackLivesMatter was created to stop. Every time he appears the pages brims with danger. In an early, visceral scene, he shoots three bullets between the legs of an African American witness in order to get him to talk.

After the success of Carlito’s Way, Torres decided to return to his charming hoodlum character in After Hours. The narrative is more plot-oriented this time: Brigante—released early thanks to his attorney David Kleinfeld—is looking to go straight, find romance (with Gail, the woman he pushes away in the first book), and never go to prison again. But his personal code and loyalty to his family and old friends lead him to an explosive noir finale.

The narrative switches point of view throughout but is strongest when we see things through Carlito’s eyes: “Bang. They blew the light out, then a stampede of feet making for the outside door. All clear [ . . . .] I don’t need this. The street is too hot (está que chilla!). Time to get off, Carlito, while you still upright.”

When Hollywood called, Torres enjoyed selling the film options so much that he almost didn’t want the movies made. “I liked getting this money every year.”

Q&A (1990) was the first to be filmed and it follows the book closely. Timothy Hutton is fine as the callow Reilly, but Nick Nolte, bulked up and sporting a walrus mustache, is scarily perfect as the homophobic Brennan (now Mike, not Guido).

That movie was followed by Brian De Palma’s Carlito’s Way (1993), which was actually based on the novel After Hours. (Martin Scorsese had used the title in 1985 and De Palma didn’t want to repeat it.)

An unrepentant raconteur, Torres tells me the story of having to get the actor to cut off the long ponytail he wanted to wear for the role.

“[Producer Mike] Bregman told me ‘De Palma is gonna leave the fucking set. He will not shoot with that ponytail.’ So I take Al Pacino and Sean Penn to 106th and 3rd Avenue to this bar. They wanted to meet the local hoodlums. I got some veteran gangsters, I got Tony Gorilla and Nicky Gorilla, his brother, to meet Pacino and the guys, and he dazzled them with stories. At one point I said to Tony, ‘What do you think of that ponytail of Al’s?’ And Tony Gorilla said, ‘Motherfucker be wearing ballerina slippers.’ [After that] the ponytail was gone.”

The movie is notable for its setting detail and a standout performance by John Leguizamo as Benny Blanco from the Bronx. The drama compares favorably with De Palma’s earlier Scarface, but while that film is more action- and cocaine-fueled, Carlito’s Way is a character study and a doomed romance. Esquire later called it “The most underrated gangster movie.”

In 2005, producers took the text of Carlito’s Way the novel and made Carlito’s Way: Rise to Power (2005), a low-budget, direct-to-video prequel to the De Palma film.

“It wasn’t very good,” says Torres. “They did the best they could.”

Rise to Power stars Jay Hernandez, who went on to do the reboot of Magnum, P.I. But it’s Luis Guzman, who was in Q&A and Carlito’s Way—to complete a Torres film trifecta—who steals every scene he’s in.

Today Torres is probably better known for the movie adaptations of his works than the books themselves. He had stopped writing after he became a judge. “I didn’t have the time. I didn’t have the bug anymore, let me put it that way,” says Torres, although he did complete at least two unproduced screenplays—which he is happy to say have been optioned several times.

When I started my writing, I looked to Torres’s work for guidance. It was Carlito’s voice—at once machismo, but also self-aware—that inspired the hitman in my first published crime fiction story, “Roachkiller.” In terms of looking for modern Latinx writers as models, it’s not that I had a lot of choice anyway. After Carlito, there wasn’t another Puerto Rican character leading a genre novel (from a major publisher) again until Spidertown in 1994.

Torres laughs when asked if he feels he’s had any influence—and points out that an Argentinian horse in the Olympics this summer was named “Carlito’s Way.” He is pleasantly surprised at the continued interest in his work, and when he looks back at a life and career in and around crime, all he can think of is how lucky he’s been.

“My father used to say I was born with a horseshoe up my ass. I went through a lot, but I was fortunate. That’s the bottom line.” 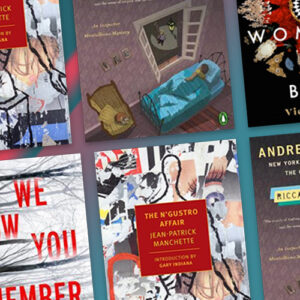 The summer is officially over, the days are beginning to turn cold, the leaves are falling, and the pumpkins proliferating...which...
© LitHub
Back to top