The summer is officially over, the days are beginning to turn cold, the leaves are falling, and the pumpkins proliferating…which all means it’s time to put on your flannels, brew some tea, and cozy up with a chilling international thriller or two! September brings plenty of new international releases, including Scandi noir, French historical fiction, and an Italian meta-mystery. 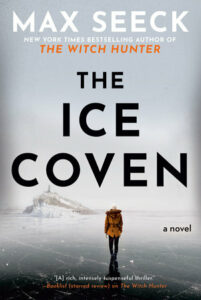 Max Seeck burst onto the international scene with last year’s chilling debut, The Witch Hunter. Now, the story continues, as Seeck’s heroine tries move past her encounter with a coven of murderous witches by plunging into a new case. The death of a young woman appears to have ties to the disappearance of two social media stars, all of whom are linked to a sadistic cult, for a story that once again merges popular culture and folk horror in a blend all Seeck’s own. 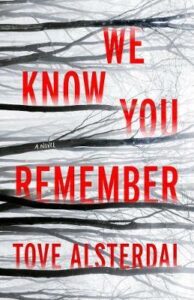 It’s a big month for Scandinavian noir. Tove Alsterdal is already a big name in her native Sweden, but We Know You Remember is her first to be translated in English. This one has a classic Scandi set-up that’s perfect for side-stepping the inconvenience of writing crime fiction in a region with very few real-life murders: the present day crime is linked to one from decades earlier. As a 14-year-old, Olag Hagstrom served time in a juvenile institution for raping and murdering a girl from his small village. 20 years later, he returns to the village to find his father dead of mysterious causes. A local policewoman has her own suspicions, about both Olag and his father. A cat-and-mouse game that promises to be full of surprises, as well as thoughtful considerations of grief, guilt, and memory. 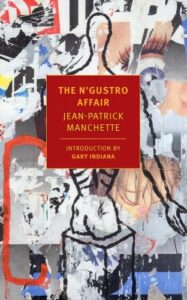 NYRB has been going backward through Manchette’s oeuvre for some time, and they’ve now made their way to his very first novel, a political thriller based on a real-life scandal that almost brought down an entire party. A petty bureaucrat is sucked into a huge conspiracy with deadly consequences in this Thomson-influenced hard-boiled take on Parisian politics. For those who watched the French espionage parody A Very Secret Service, the N’Gustro Affair should provide a similarly devastating take-down of fading empires and their brutal attempts to preserve colonial control. 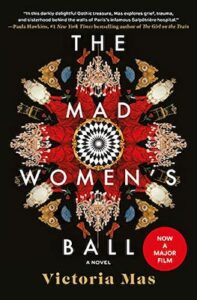 This one’s also based on real (and bizarre) French history. In the 1880s, one French doctor’s experiments in hypnotism have elevated his mental asylum’s patients to the level of local celebrities. Exam halls fill to see them writhe and faint, and once a year, in a event touted as therapy but with the feeling of spectacle, the asylum’s most suitable patients are allowed to dress in donated costumes for a glamorous ball attended by the highest of society. When one young woman with visions of the dead is imprisoned in the asylum by her family, she insists upon both her sanity and her clairvoyance, throwing the patients into revolt and inspiring strange role reversals between staff and inmates. 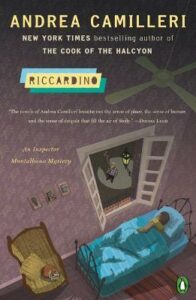 Before he died in 2019, Andrea Camilleri sent his publisher a copy of Riccardino, the 28th installment of Camilleri’s iconic Inspector Montalbano series, with instructions not to publish it until after his death. With the release of Riccardino, Camilleri’s series has come to a close, and the self-aware and meta-fictive narrative reflects a sense of mourning, but also satisfaction, to have reached a final conclusion in the character’s saga, a rare experience for any author. 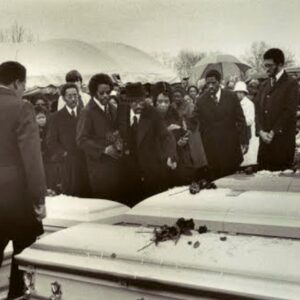 Wesley Diggs was a tall, slender Black man who owned several bars in Harlem. A college graduate, he’d once been a hell...
© LitHub
Back to top