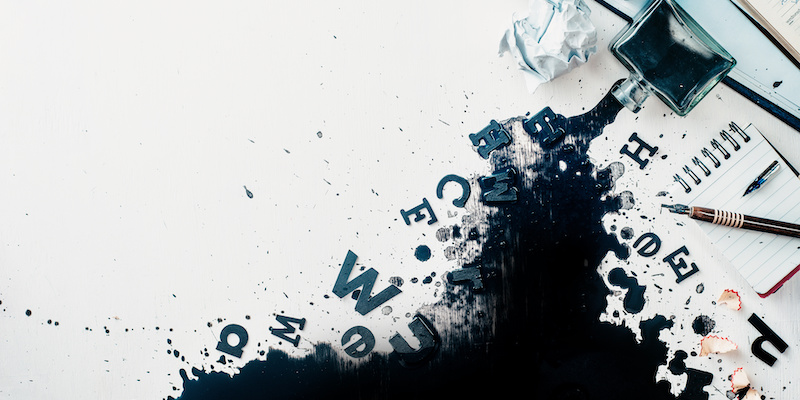 "[T]here’s something compelling about a genre that allows people satisfaction, potentially, with an unhappy ending..."

I’ll never forget the scream coming from the basement the day my mother learned her mother had been murdered by her own husband—or had committed suicide.

I often wonder if this was the origin point for my lifelong obsession with horror.

My grandmother, Margarite Temple, came from a long line of urban Indians (of Apache, Chickasaw, and Cherokee descent) and suffered much. Without the finances to realize her dream of becoming a blues singer in New York, Annie James, the Chickasaw whorehouse owner grandmother who raised her, arranged a marriage with a much older man. Margarite was 14. He beat her, gave her syphilis, walked up the steps of their house drunk, and kicked her while she was pregnant.

Luckily, both she and the child survived, and my grandmother re-married.

My mother, born to my grandmother’s second husband, came of age right at the end of the golden era of horror film. Like many who gained a taste for horror in the aftershock of the stock market crash of 1929, my mom grew up poor. She remembers watching and adoring Frankenstein, and The Wolf Man. She remembers playing Ouija, her mother always convinced they’d contacted a relative from beyond the grave.

As for myself, growing up on the outskirts of Denver with a mother of multi-tribal descent and an alcoholic, often abusive white father, my desire for the macabre took root fast. As horror author Grady Hendrix notes, this was perfect timing: the 80’s were part of the golden era of horror fiction. And Stephen King’s novel, The Shining, so mirrored my own experience—of running from an alcoholic dad who sometimes read Louis L’Amour to me—but other times held us at gunpoint in his underwear, that it became a compulsive go-to for the rest of my life.  Neither my boyfriend nor my therapist understand this compulsion, but research shows that a lot of us love horror because it helps us to process our trauma. There’s something about the mirroring of our own childhood and/or current traumas—and the way in which they resolve at the end that’s cathartic, as author Stephen Graham Jones notes. For me, horror is the only genre, when the stuff in my head becomes too intense, that distracts me. I often fall asleep while reading or watching it.

This is also a great time to be Native and writing horror—there’s a renaissance afoot, a real bounce-back from the near-death of horror in the late 90’s. And this time it’s smarter (no insult to King—who I think is brilliant), and queerer—and far more egalitarian when it comes to the demographics of the authors. In fact, speaking of Stephen Graham Jones, both he and Métis author Cherie Dimaline have been reviewed and/or made it to the New York Times bestseller list. In any case, though folks often associate horror automatically with the slasher, my interests veer more towards the paranormal. It’s no wonder, moving back to where this started. My grandmother, her murder or suicide—haunts our entire family.

The story went that my grandmother had heard there had been burglaries in the neighborhood, and when her husband discovered her fumbling with a gun, tried to grasp it from her and it went off, killing her. As a child, I accepted this story at face value. But looking back, it doesn’t make sense at all.

My grandmother’s grandmother (the above-mentioned Annie James) raised my grandmother around guns—big guns. One of the family stories recounts the fact that she showed up at one of my great-uncle’s places of work with a shotgun, yelling in Indian, due to a misunderstanding. And Annie had also “disappeared” people when they were instrumental as witnesses in prosecuting her for potential crimes—something, I’m confident, involved firearms. And my grandfather was a subsistence hunter. So, my grandmother knew her way around guns. As to my grandfather, he was tough as a boot, but he laughed hard, gently filleting the fish he caught for us, breading it with his large, soft hands with cornmeal. But I also know that years after my grandmother’s death or murder, a neighbor who’d been a cop had a chance to look at her death certificate. They said that it looked doctored. And my grandfather had cop friends—white cop friends (and unlike my grandmother, he was white, or white passing, another mystery).

I also know that there have been rumors of her ghost haunting the house she died in.

I’m not the only Native person I know with an obsession with horror. And no wonder. A legacy of genocide and cultural genocide with day and boarding schools , the Missing and Murdered Indigenous Women issue—and the general PTSD that comes from that, to move back up to the therapeutic aspects of horror. It makes a kind of morose sense, though I don’t know if that makes me feel worse or better about my compulsion.

I love the way that a lot of horror, unlike most popular genres, doesn’t necessarily finish with a happy ending. Being that I’m a writer who wrote darker realism up until recently, and who has now transitioned back into my childhood love of horror and speculative literature in general, there’s something compelling about a genre that allows people satisfaction, potentially, with an un-happy ending. Because Americans, generally speaking, love a happy ending.

I don’t know what I believe about my grandmother’s death, but this death story, this origin story, got in my head—and buried itself like a worm. It’s funny how it works, though. I’d only consciously remembered the story of her suicide when I produced a novel with a plot that wrapped around the mystery of the death of someone’s mother, when a family member reminded me of the other versions. Versions I’d heard—and forgotten. Or thought I did. What I can say is that for those of us who understand the psychological necessity of horror—however far it reaches back into one’s past, don’t listen to the detractors. Fear is powerful. If you can understand your fear, even use it to heal through the art you consume or produce—you’re so much further ahead than those who avoid it. Even if you’ll never completely understand it. 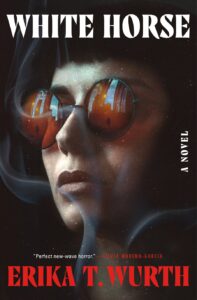 Erika T. Wurth’s publications include three novels (Crazy Horse’s Girlfriend , You Who Enter Here, and White Horse), two collections of poetry, and a collection of short stories (Buckskin Cocaine). A writer of fiction, nonfiction, and poetry, she teaches creative writing at Western Illinois University and has been a guest writer at the Institute of American Indian Arts. Her work has appeared or is forthcoming in numerous journals including Boulevard, the Writer’s Chronicle, Waxwing, and the Kenyon Review. She is Apache/Chickasaw/Cherokee and was raised outside Denver. 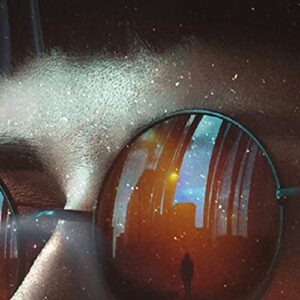 Another week, another batch of books for your TBR pile. Happy reading, folks. * Jacqueline Bublitz, Before You Knew My Name...
© LitHub
Back to top