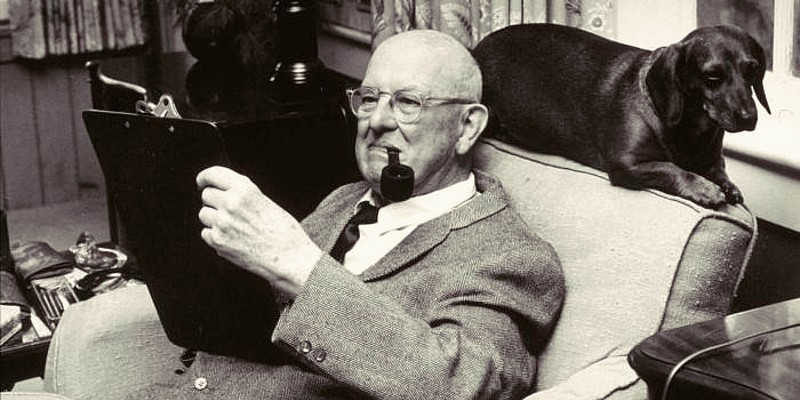 In the crisp sentences of Wodehouse and the wry scenarios of Jerome, one author finds the escape she needs.

During this last period of lockdown and isolation, we’ve all searched for ways of escape. I found mine by rereading two of my favorite authors, PG Wodehouse and Jerome K Jerome.

I first discovered Wodehouse and Jerome one Saturday afternoon when I was twelve or thirteen, an impressionable age, browsing through the stacks of my local library. To say the experience was an epiphany would be an understatement. No one I knew talked like that. I never knew such a world existed. (It doesn’t, but more about that later.) I’d never read anything so funny in my life. I still haven’t.

So what makes British humor so funny? Is it different than American humor?

British humor has a long and multi-faceted history—from the double entendres of Chaucer and Shakespeare; to the rakish explicitness of Restoration comedy and the saucy burlesque of Victorian theater; to the gentle wit of Wodehouse and Jerome; to the endless innuendoes of Benny Hill and Monty Python (wink, wink); to the savage mockery of Ricky Gervais.

What they have in common is deadpan delivery—humor without the merest hint of a smile. With the possible exception of Alexander McCall Smith, British people generally do not laugh at their own jokes. South African journalist Katy Scott said, “…the rule of thumb is: If someone is saying something which makes absolutely no sense with a straight face, they’re probably joking.”

Another characteristic of British humor is ubiquity. Americans have a time and place for humor. The British have no off switch. In her book Watching the English, social anthropologist Kate Fox said, “The English may not always be joking, but they are always in a state of readiness for humour. We do not always say the opposite of what we mean, but we are always alert to the possibility of irony.”

Irony is at the heart and soul of British humor, along with its companions-in-crime—understatement, hyperbole, self-deprecation, sarcasm, and mockery. Not that other cultures don’t use these same devices. They do. The difference is degree. The Brits, like Austen’s delightfully ridiculous Mr. Collins, have “made a kind of art of it.”

Since art must be seen to be appreciated and since jokes that must be explained were never funny in the first place, rather than analyzing technique, I’ll give you a taste instead. I do this with some trepidation since I deeply distrust anyone who cannot appreciate the genius of angry swans, pet Pekingese, cow creamers, covert tea-making, and the perils of misidentifying a swaddled baby’s gender. No one reads Wodehouse or Jerome for the plots.

We read Wodehouse for the perfection of his prose, which he described as “musical comedy without the music.” He claimed to write every sentence ten times. Here are a few of my favorites:

She looked as if she’d been poured into her clothes and forgot to say “when.”

It isn’t often that aunt Delia lets her angry passions rise, but when she does, strong men climb trees and pull them up after them.

The voice of Love seemed to call to me, but it was a wrong number.

What I’m looking for is a blessing, not in disguise.

Jerome’s humor lies, not in perfect sentences but in situations and anecdotes. My favorite is the infamous tea-making scene from Three Men in a Boat (To Say Nothing of the Dog), arguably the funniest book ever written in the English language. Three Englishmen are taking a boating holiday on the Thames:

We put the kettle on to boil, up in the nose of the boat, and went down to the stern and pretended to take no notice of it….That is the only way to get a kettle to boil up the river. If it sees that you are waiting for it and are anxious, it will never even sing. You have to go away and begin your meal, as if you were not going to have any tea at all. You must not even look round at it. Then you will soon hear it sputtering away, mad to be made into tea.

It is a good plan, too, if you are in a great hurry, to talk very loudly to each other about how you don’t need tea, and are not going to have any. You get near the kettle, so that it can overhear you, and then you shout out, ‘I don’t’ want any tea; do you, George?’ to which George shouts back, ‘Oh, no. I don’t like tea; we’ll have lemonade instead—tea’s so indigestible.’ Upon which the kettle boils over, and puts the stove out.

We adopted this harmless bit of trickery, and the result was that, by the time everything else was ready, the tea was waiting.

Some would say Wodehouse and Jerome depict a world that doesn’t exist anymore. I cannot agree. The worlds of Wodehouse and Jerome never existed—they are pure fiction, requiring the same suspension of disbelief necessary for reading science fiction or fantasy. Once you accept that, you are free to escape into those gentle worlds any time you choose.

I’ll end with some timely advice from Jerome K. Jerome: “Eat good dinners and drink good wine; read good novels if you have the leisure and see good plays; fall in love, if there is no reason why you should not fall in love; but do not pore over influenza statistics.” 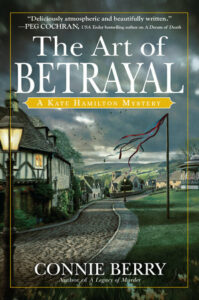 Connie Berry is the author of the Kate Hamilton Mysteries, set in the UK and featuring an American antiques dealer with a gift for solving crimes. Like her protagonist, Connie was raised by antiques dealers who instilled in her a passion for history, fine art, and travel. During college she studied at the University of Freiburg in Germany and St. Clare’s College, Oxford, where she fell under the spell of the British Isles. Besides reading and writing mysteries, Connie loves history, foreign travel, cute animals, and all things British. She lives in Ohio with her husband and adorable Shih Tzu, Emmie. Connie is currently developing a new series, set in...yes, Victorian England. 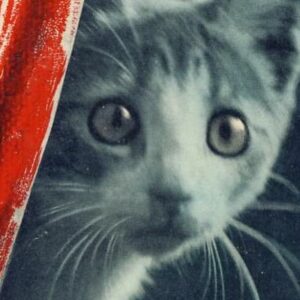 Magic is mysterious, and mystery is magical: we are enthralled by that which we don’t (yet) know, and many of us are under...
© LitHub
Back to top