The history of detective novels set in Hawai`i is long and exceedingly complex. Where is it all headed?

A great challenge of Hawaiian detective fiction is to depict Hawai`i authentically. It takes more than ukuleles and flower leis to accomplish this. James Fallows once observed in the Atlantic that through mysteries and thrillers imbued with authenticity we can learn about exotic and distant locales, or distant times. The Soho Crime series, featuring the world’s most remote places, testifies to the first proposition, and (say) Alan Furst epitomizes the second, transporting us to chilly garrets the Gestapo may burst into at any moment. But without such authenticity, even best-selling murder mysteries become what Graham Greene called mere “entertainments.”

For most Americans, Hawai`i seems exotic and distant. Hawai`i’s past is exotic too, filled with myths and gods, Kamehameha the Great, human sacrifice, and bloody warfare fought with clubs and spears. All of this, along with sandy beaches and fragrant breezes rustling moonlit palms, provides a cornucopia of cliches scattered through the hundreds of murder mysteries set in Hawai`i. Most provide bits of Hawaiian reality, but that’s it—just bits.

Despite being the scene of lurid real-world crimes, including the notorious Massie gang rape and murder case of 1931 (see David E. Stannard’s definitive 2005 Honor Killing), in detective fiction Hawai`i stubbornly appears as a fantasized paradise where all bad guys eventually get nabbed.  The messy bits— poverty, squalor, addiction, ethnic conflict—just don’t show up. Few mystery writers even draw on unpleasantries from Hawai`i’s past, such as haoles (white people) bringing diseases that wiped out most indigenous Hawaiians, and then overthrowing the Hawaiian Kingdom in 1893. For that, there’s history’s substitute teacher, James Michener, whose Hawaii (1959), a 937-page doorstop, has outsold all other Hawai`i books combined. It’s a book tourists buy.

And there are plenty of tourists. Before COVID hit, Hawai`i had 10.4 million annual visitors. They bring millions of books with them, increasingly on electronic devices. Eyeing tourists, some authors produce lighthearted mysteries for the beach. Corson Hirshfeld’s best-seller Aloha, Mr. Lucky (2000) provides a prime example. (“Quirky and hilarious” – Library Journal.  “[S]illiness and violence transferred to another venue” – Publisher’s Weekly)

This tradition—light-hearted, quirky, silly—began with wildly successful mysteries, the six Charlie Chan books of Earl Derr Biggers (1884-1933). Beginning with The House Without a Key (1925), the series ended in 1932 (the last movie was in 1981). Today we remember Charlie Chan not as a Honolulu detective but as an offensive racial stereotype, a clever but shy Chinese detective uttering enigmatic Confucianisms in highly imperfect English. At the time, though, it was just the reverse: Biggers saw the ubiquitous villain Fu Manchu as the offensive racial stereotype. He sought to combat that image—and rising fears of the Yellow Peril—with an endearing Chinese detective. Ellery Queen praised Biggers’s Charlie Chan as “a service to humanity and to inter-racial relations.”

Two decades later, Juanita Sheridan (1906-74) created amateur sleuth Lily Wu, also an ethnically Chinese Hawaiian but a woman and a well-spoken one at that. Lily Wu’s creator, nearly destitute in LA at a young age, handed her toddler to a wealthy couple and moved to Hawai`i to write. Her four short Lily Wu mysteries, best sellers once, remain available: The Chinese Chop (1949), The Kahuna Killer (1951), The Mamo Murders (1952), and The Waikiki Widow (1953). Sheridan was a remarkably good writer, and unflinching on matters of race in Hawai`i—usually a dreaded third rail for haole authors. Flouting conventions of the time, Sheridan even made Lily Wu’s sidekick, Janice Cameron, the Watson to Wu’s Holmes, a haole woman. Yet in terms of authenticity, her books remain “entertainments.”

One reason authenticity is absent from most Hawai`i mysteries is that detectives and authors of Native Hawaiian ethnicity (commonly just called “Hawaiians”) are absent too. The explanations are complex. Only ten percent (10%) of Hawai`i residents identify as “Hawaiian or other Pacific Islander,” and these are disproportionately among the poorest, least educated, most disadvantaged state residents. Still, ethnic Hawaiians do produce other types of books. Kiana Davenport’s historical novel, Shark Dialogues (1995), and the “magic realism” of Kawai Strong Washburn’s Sharks in the Time of Saviors (2020), provide cases in point.

Then there’s the problem of language. Charlie Chan spoke Chinglish, and Lily Wu flawless mainland English. But two-thirds of Hawai`i’s 1.4 million residents speak Hawaiian Pidgin as a first or second language; others mix Hawaiian Pidgin into English speech. Trying to capture colloquialisms and dialects in dialogue is hard enough, and risky. Capturing how Hawaiians actually speak, reducing it intelligibly to print, is nearly impossible.

Finally, there’s the minefield of cultural appropriation. Hawaiian gods don’t belong to all of us, the islands themselves were stolen, and in America’s most diverse state, racial and ethnic boundaries remain stoutly defended. There are Hawaiian places where haole writers ought not venture, especially those of us from “the continent.” (The word “mainland,” to some Hawaiians, nowadays suggests an implied superiority to “islands.”)

A different approach to authenticity—the Alan Furst approach—is for a modern writer to set his murder mystery in Hawaii’s wartime past.  A great example is James Kestrel’s forthcoming Five Decembers (October 2021), spanning 1941 through 1945. Kestrel’s detective protagonist, Joe McGrady, is a Honolulu cop whose zeal to catch a killer unluckily propels him west across the Pacific just days before Pearl Harbor, thus into an eventful wartime captivity that accounts for most of his five Decembers.

A grisly Honolulu murder mystery that morphs into a suspenseful espionage thriller, Five Decembers seems destined for the big screen. But Hollywood will struggle to capture the meticulous realism of the book’s 1940s Honolulu. Kestrel must have poured over crumbling street maps and everything available on wartime cargoes, cable traffic, autos, visas—everything. Apparently, too, he must have poured a lot of drinks for retired police officers in Honolulu (and Japan). The book details sound so authentic that Kestrel must have gleaned many from eye witnesses and old timers.

It’s that same authenticity we need in Hawai`i detective tales set in our own times. It’s the authenticity Imbolo Mbue found in reviewing Washburn’s (non-detective) Sharks in the Time of Saviors for the New York Times last year:  A “passionate writer [who] cries out for us to see Hawaii in its totality: as a place of proud ancestors and gods and spirits, but also of crumbling families and hopelessness and poverty. Of mystery and beauty at every corner.”

That remains the challenge, the shark-infested waters that Hawai`i dares mystery writers to cross.  We needn’t all be swimmers. But we can at least try a paddle board instead of an airplane. 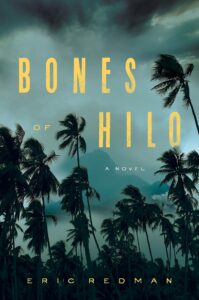 Eric Redman is a Seattle-based writer, lawyer, and climate activist who for decades has loved the Big Island of Hawaii, its history, and its people. He is a former contributing editor of Rolling Stone and has written for the New York Times, Washington Post, and many other publications. He wrote the nonfiction best-seller, The Dance of Legislation. This is his first work of detective fiction. 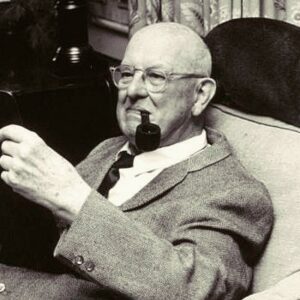 During this last period of lockdown and isolation, we’ve all searched for ways of escape. I found mine by rereading two of my favorite...
© LitHub
Back to top