When You Can’t Call the Cops

Michele Weinstat Miller endured rape, incarceration, and addiction and later became an attorney. She decided to write a thriller about people who don't feel safe calling the police.

After I was raped at knifepoint at thirteen years old, I recall thinking that I could never call the police if I were raped again. No one would believe a two-time loser. I’d had my one bite at the apple when it came to protection from that kind of violence, and it hadn’t been much of an apple. Battered and visibly bruised, I’d endured the rape exam in the hospital; a nurse telling me she “would have scratched the guy’s eyes out”; and multiple police interrogations, epitomized by one cop’s artful question, “Did he stick his thing in you?” The rapist was never caught. And, in my mind, I was beyond the protection of the law.

For writers of thrillers other than police procedurals, one question must always be answered to the reader’s satisfaction: why would the characters face overwhelming threats and take matters into their own hand rather than call the cops?  For people who are cast off, misjudged, and unprotected by society, making that call simply might not be an option.

Kathleen, one of the two main characters in my new thriller, Gone By Morning, has served time in prison. Unemployable because nobody wanted to hire an “ex-con,” she ran an escort service when she came home. Now, at sixty-eight years old, long retired, she narrowly escapes a terror attack at the Times Square subway station, and a former employee, Sharon, disappears.  Kathleen knows that, even on a slow news day, a missing prostitute would not be a top police priority. She has to take matters into her own hands and ends up the target of both the police and the killer. Powerful people would pull the thread of her vulnerability. As a woman with a criminal record, the normal safety nets do not exist for her.

While I was never a sex worker or madam, I do have lived experience of incarceration. I understand my protagonist’s dread and vulnerability at a personal level. I spent four years of my life fighting criminal charges brought under the notorious New York State Rockefeller Law. I faced a minimum of fifteen years in prison for drug possession. Although I won that case, I ended up with a felony conviction and the trauma typical of those who have experienced incarceration. My months of pre-trial incarceration don’t compare with that of others like Ian Manual, author of My Time Will Come, who suffered 18 years of solitary confinement. Yet, incarceration has shown up repeatedly in my writing, a subject in need of catharsis even decades later. And for me, like many, incarceration represented re-traumatization more than initial trauma. I’d already been devastated by rapes, addiction, domestic violence, the early death of my father, and numerous death-defying stunts of my own making.

In the fifteen years that I would have been imprisoned if convicted, I was able to get clean, received needed therapy, and eventually worked as an attorney, protecting abused children. I rose in the ranks of New York City and State government. (Frankly, only the “Deep State” would have me, given rampant employment discrimination in the private sector.) Perhaps ironically, my last government job was as the chief ethics prosecutor for New York City.  I currently work as General Counsel at The Fortune Society, a not-for-profit agency, which provides services to people returning from incarceration, including housing, job placement, education, and treatment.

In Gone By Morning, it might be easy to blame and refuse to forgive Kathleen for the harm she caused, even unwillingly, due to her addiction and incarceration. Kathleen is a flawed character like blackout drinker, Rachel, in Paula Hawkins’ Girl on the Train, and formerly-incarcerated Buddy and Ike in S.A. Crosby’s Razorblade Tears. They all come with so much baggage that, if life were an airline, they would need a mortgage to board. Likewise, returning men and women face down enormous internal and external hurdles, including pervasive stigma and discrimination in housing and employment. More than half those returning from prison in New York City immediately enter the homeless shelter system. They need housing, training, education, jobs, and treatment. Most want little more than the chance to live in dignity, have a safe place to lay their heads, and contribute to their families.

In real life as in fiction, it takes a badass to rebuild a life after incarceration. Redemption happens for those with a criminal justice history—lost dreams awaken, relationships heal, the misguided find direction.

In Gone By Morning, Kathleen seeks to untangle relationships warped by addiction and incarceration, while fighting to keep the life she’s worked so hard to build. In my own life, I have had the opportunity to repair relationships with those I loved and also built a life worth living. I am grateful to be part of a community that reaches out its hand to welcome men and women back to freedom so that they might have that opportunity. Acceptance and forgiveness within a community is what might be called “the secret sauce” to their regaining a foothold after incarceration. For many, all that’s needed is a true second chance and a lot of courage. 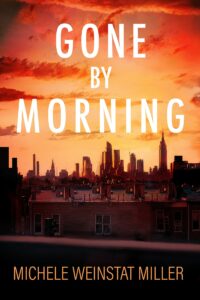 An Amazon Breakthrough Novel Awards semi-finalist, Michele Weinstat Miller is an attorney who lives in Upper Manhattan with her husband, 18-year-old twin sons, two cats, and a large dog. Until recently, Michele served as the chief government ethics prosecutor for NYC. Her experience and the crazy stories that reached her desk from in and around City Hall bring realism and humor to Gone By Morning. She currently serves as legal counsel to a non-profit agency that provides re-entry services to the formerly incarcerated. Michele has a black belt in the Jaribu System of Karate and was once a roller-disco champ.

The Strange Story of Mexico's First Narco, the Drug Panic He Helped Incite, and the Revolution to Come 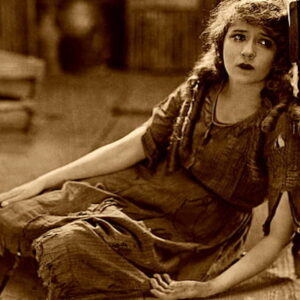 There’s arguably no question that animates crime fiction more than the question of guilt. Because one of the genre’s...
© LitHub
Back to top