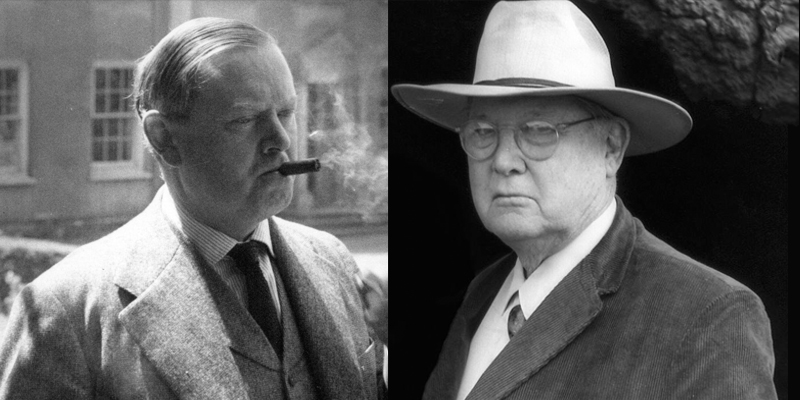 He read every single one of Erle Stanley Gardner's books. But his passion didn't stop there.

In this life, it’s rare to love anything as much as Evelyn Waugh, the great English novelist of Brideshead Revisited and Vile Bodies, adored Perry Mason, the popular Los Angeles-set mystery series written by Erle Stanley Gardner, about a defense attorney who helps the wrongfully-accused-of-murder. In a 1949 interview with Harvey Breit in The New York Times, when asked the name of his favorite writer, Waugh replied “The best American writer is, of course, Erle Stanley Gardner…Do I really mean that? By all means.” According to his wife Laura, he read every single one of Gardner’s books, and considered a comparison to Mason to be the sincerest compliment, writing to his agent D.A. Peters, “You grow more like Perry Mason daily. I know no higher praise.”

According to Linda Kelly, a fellow of the Royal Society of Literature, Waugh was not the only famous literary admirer of Gardner’s series, with the comic poet Ogden Nash having mentioned his commitment to the books in one of his poems, and the novelist John Updike having admitted to reading forty of the novels ravenously as a young man. And the English writer Graham Greene was also evidently a fan, as evidenced by letters he exchanged with Evelyn Waugh.

He also exchanged letters with Gardner, himself, sending along in July of 1960 a note of praise, which included an apologetic correction:

May I, as one of the keenest admirers of your work,
correct what I first took to be a slip but now realise must be
a genuine misconception
You seem to think that a ‘davenport’ is some kind of sofa.
It is, and can only be, a small writing desk.
Are you perhaps confusing it with a ‘chesterfield’?

Gardner’s publishers wrote back to say that a “davenport” is a synonym for “sofa” in the United States, but Gardner sent along his own note, as well:

Your letter of July 21st sent to me care of my publishers, and answered on August 16th by them has been forwarded to me.

Apparently the question of the Davenport has been answered as well as it can be answered by the editor who wrote you, but if you are the Evelyn Waugh wrote that wonderful expose of Hollywood (The Loved One), and apparently you are, I just want to tell you what an honor it is to hear from you and to think that you are reading my books.

You have the greatest gift of satire I have ever encountered, and that means philosophical perspective and writing ability of a high order.

My salute to you, Sir.

This was their only correspondence, and they never met in person.

Waugh’s love for Perry Mason is one of a long tradition in which authors of so-called “highbrow” literary fiction have championed the “lesser-regarded” mystery genre. Kelly notes that Dylan Thomas once said that, instead of poetry, he would “rather lie in a hot bath sucking boiled sweets and reading Agatha Christie.” So. There you go. 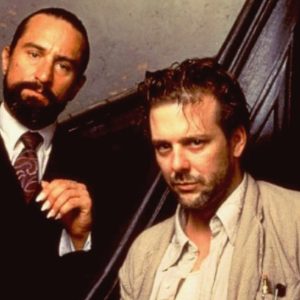 ‘Now I knew what Krusemark had told me was true,’ muses the re-emerged Johnny Favorite early in William Hjortsberg’s...
© LitHub
Back to top