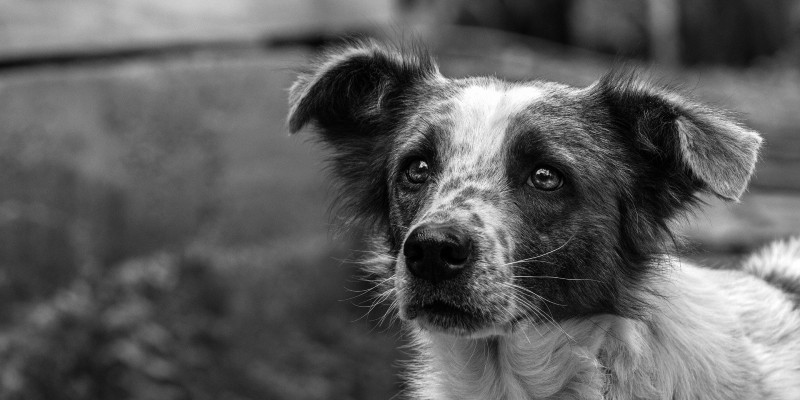 There aren’t many “rules” of the mystery genre which haven’t been broken by some edgy newcomer determined to turn crime fiction on end. Since Christie wrote from the point of view of the killer, writers have sought ways to twist not just the plot, but the traditions and taboos of the detective novel—to defy the expected and find something new and fresh in the establishment. Sometimes, the impudent writer is wildly successful and founds a subgenre, as others clamor to capitalize on the latest version of noir, the hottest breed of detective. And at others, they fall foul of a rule which exists because it strikes something fundamental, if irrational, in our human experience.

Some years ago, the small Australian country town, in which I live, held a mystery writers’ festival. The events were to be held in the old Literary Institute Hall which was in something of a state of disrepair. Rather than trying to put lipstick on a pig, we decided, instead, to embrace the pig and call it atmosphere. And so I found myself slapping bloody handprints on a roll of carpet to grace the entrance, creating crime scenes, and chalk-outlining bodies on a wooden floor that had seen better days. To do the last, a friend and I used our children as templates, drawing around them as they lay in various positions across the floorboards. The kids were having a great time and the effect was very on theme. So pleased were Sarah and I with the result, that we became creative, playing with the positions of the “corpses” to tell a forensic story. And then, in what I assume was a rush of blood, Sarah suggested we add the outline of a dog.

I looked at her appalled. “Won’t that be in bad taste?” I asked, hoping to bring her back to her senses. What was she thinking?

In reply, she reminded me that we had just been chalking around our children.

She was right, but the dog was a line I could not cross. I was a mystery writer after all, and every mystery writer knows that in fiction you can kill anyone except the dog.

Crime fiction by its nature is a violent literature, populated by the damaged and the desperate… before you even get to the bad guys. Rarely do our novels involve a gentle theft or a bloodless trespass of some sort. To keep our promise of suspense and thrill, the stakes must be a little higher than that—they must involve danger, some threat to the person. Few readers are likely to believe that a character is in mortal peril because they’re on at the trail of a petty thief, unless, somehow, that thief has accidentally robbed a murderous cartel.

Occasionally I do feel a twinge of guilt for what I visit upon my own protagonist… he’s been shot and stabbed, thrown off bridges, hanged, burned and beaten senseless with a frequency that’s, well, criminal. But then he signed up to be a crime fiction hero—it’s a rough gig.

In order to set a stage of life and death we crime writers deal out death rather liberally. Indeed bodies are often thrown with wild abandon onto the first page, and at regular intervals thereafter. Our readers have come to accept it. Indeed they demand it. As long as the corpse is not that of a dog. Because such an outrage, is, in contrast to the literary slaughter of humans, likely to incite the most indignant letters, pledges to never read you again and censure on every platform.

So why? Is it that all readers are dog people? Do they value the life of a canine more than that of a person, holding it in such sacred regard that even a fictional demise is unacceptable? Or is it that readers want to believe that even the most wicked would not hurt a puppy? I mean, just because he keeps decapitated heads in his freezer…

The reality is, I think, not that readers can’t believe that a murderer may kill a dog—after all it’s widely known that serial killers often begin by torturing animals—but that, regardless, they don’t want to read about it. For many readers the death of a dog is a deal-breaker. And to be honest, most writers are happy to take that storyline off the table.

Now it behoves me to confess at this stage, that I am a dog person. All my novels have been written with a small pack of hounds at my feet, a shaggy head on my knee. Not only would Rowland Sinclair, my protagonist, never hurt a dog, he takes in strays! That’s how we all know he deserves to be the hero! I have no desire to include dogs among my fictional victims, but I am nevertheless intrigued by this line that we are loath to cross. What is it about dogs that they’ve achieved this protected position in crime fiction?

Innocence is not the remit of dogs alone…Many novels involve victims who are just in the wrong place at the wrong and time and are entirely blameless in the events surrounding their own deaths.

I wondered if it was to do with power disparity—belief that a dog could not fight back (note: I am talking about a Spot-the-family-pet type dog, not Cujo). Yet, many human victims are equally incapable of fending off attackers. Many are written as vulnerable—physically, psychologically or situationally. Indeed, crime fiction traditionally holds a mirror to the inequities in society, telling stories of the less powerful and the exploited. Part of our craft is to make the reader care about the victim, be outraged by their death, moved by the unfairness of it. It seems strange, then, that the murder of a dog which, by itself, elicits so visceral a reaction from so many readers, also runs the risk of disengaging them from the story.

There are those who’ll argue that the death of a dog in literature takes the reader directly back to the loss of their own childhood pet. The fictional dog is not so much every dog as my dog. But, by the same reasoning, there are few people who have never experienced the death of a human in their lives, so why then do fictional human victims not take the reader back to the passing of “grandma”? Why is it not similarly traumatic?

Perhaps the “innocence” of a puppy has something to do with it, the manner in which they trust humans regardless of what darkness may lurk in our hearts. Could it be for that reason, killing a dog is deemed less than fair play? But again, innocence is not the remit of dogs alone. Seabold’s The Lovely Bones and Christie’s Hallowe’en Party, are both based around the death of a child. Many novels involve victims who are just in the wrong place at the wrong and time and are entirely blameless in the events surrounding their own deaths. Indeed, that very fact seems to heighten the urgency of bringing the perpetrator to justice.

It occurs to me, that the taboo around killing dogs has not so much to do with the tail-wagging victim, but how such a victim is avenged. Crime fiction has, at its core, a theme of justice. Whether or not they are successful, the story is that of a protagonist who stands up against a wrong, and in doing so, gives the victim a voice. It’s a little awkward if all that voice says is “woof”. The quest of the detective, be they police, professional or amateur, is to make someone pay for the wrong. And, in our society, nobody’s going to go to jail for killing a dog. People may be sad, disturbed and outraged, but there is not the legal apparatus to allow that wrong to sustain a story on its own. At best the murder of animal will simply add a layer of horror to the human-killing villain. And so it seems gratuitous, exploitative of the reader’s emotions, and may consequently have become a mutually drawn line in the literary sand.

Because crime fiction has never been simply about tossing bodies onto the page. Most crime writers are aware and respectful of the fact that we are using the most terrifying and dreadful act to tell a story about resistance, courage, and the pursuit of justice. We will kill people in our fiction, but only if we have a chance of getting justice for them.

Of course, like every rule in writing, this too, might be—probably already has been—broken. Breaking rules is fine—it’s what keeps the genre fresh—but it’s important to know why the rule existed in the first place. The rule against killing the dog is not about dogs themselves, however much we may love them. It’s really a rule against violence for violence’s sake; it’s a reminder that we are writing stories about justice rather than murder per se.

And so, dear readers, please rest assured, that whatever I do to Rowland Sinclair and those around him, his dog will be fine. 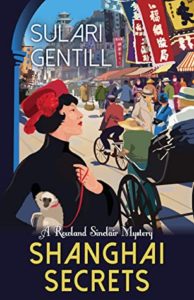 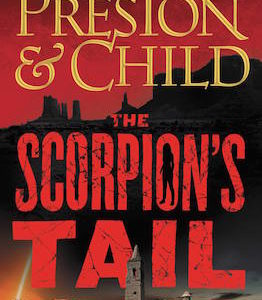 Nora slapped the dust off her jeans with a sinking feeling as she watched Corrie Swanson approach. She wondered what the agent...
© LitHub
Back to top