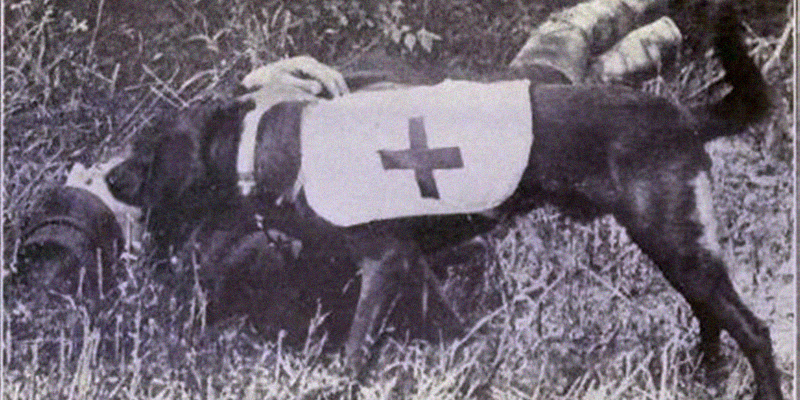 Everything You Always Wanted to Know About Detection Dogs

What do working dogs do? And what happens to them when they retire?

Humans have been using dogs for hunting, protection, and herding for at least 14,000 years. Dogs were domesticated in China by 12,000 BCE for hunting, companionship, and occasionally as a food source. Analysis of canine DNA suggests that humans began domesticating dogs nearly 20,000 years ago. Earlier still, dogs may have begun domesticating themselves by scavenging garbage and alerting humans to potential intruders.

Aside from companionship and the private use of dogs for herding, livestock protection, and blood tracking game recovery (legal in 41 states), service K-9s in the public arena are used in three broad areas—scent work and detection, tracking and trailing, and suspect apprehension.

Search and Rescue—Search and rescue (SAR) dogs are trained to find missing people after natural or man-made disasters. They work with law enforcement agencies to locate victims of kidnapping, assault, and other crimes.  Search and rescue teams support local law enforcement and agencies like the US Forest service to help find hikers and campers lost in wilderness areas. The majority of SAR dogs and their handlers are members of volunteer and non-profit organizations.

Cadaver Detection & NAPOO—NAPOO is a World War I slang term, likely a corruption of the French il n’y en a plus or il n’y a plus—“there is no more”. NAPOO implies that something is finished, ruined, inoperative, or that someone is dead. The term has been adopted by cadaver dog handlers to refer to the scent of human decomposition.

In the early 1970s the Military Animal Science program at San Antonio’s Southwest Research Institute began to test whether dogs could be specifically trained to aid in homicide investigations. Cadaver dogs can be trained to detect corpses both on land or underwater from boats. Since cadaver detection dogs in the U.S. can be trained with actual human remains, while in the U.K. and much of Europe, cadaver dogs can only be trained with pig remains, dogs are often brought into the U.S. from Canada and Europe for additional training. Some European countries use cadaver dogs to discover ancient, historical graveyards and burial sites sometimes more than 1000 years old.

Explosives, Accelerants, and Narcotics Detection—Explosive detection dogs trained by the Bureau of Alcohol, Tobacco, Firearms and Explosives (ATF) can detect explosives, explosives residue, and post-blast evidence. In addition, because of their training with smokeless powder and other explosive fillers, ATF trained explosives detection canines can find firearms and ammunition hidden in containers and vehicles, on persons, and buried underground.

Accelerant detection dogs are used by both fire departments and arson investigation units, as well as the ATF since the mid-1980s.  They are trained to sniff out ignitable liquids while ignoring normal pyrolysis (burning) products. They can mingle with spectators at a fire scene to sniff out an arsonist watching in the crowd.

Drug detection dogs are routinely trained to detect heroin, cocaine, methamphetamine, and MDMA (Ecstasy). They are used to search vehicles, cargo containers, luggage, and in general any location suspected of containing illicit substances. The K-9 can legally sniff the exterior of any lawfully stopped vehicle or any vehicle in a public place.  A positive alert from the dog is probable cause to then search the entire vehicle.

Disease Detection—Physicians, particularly oncologists, recognized by the early 1990s that dogs were able to alert when patients with various cancers walked into the doctor’s office. Diabetic alert dogs are trained to warn their humans or bystanders of oncoming seizures and hypoglycaemia. Today, European, South American, and U.S. airports use trained canines to detect possible COVID-19 infections among boarding and deplaning passengers. Similarly, National Basketball Association venues use dogs to detect COVID-19 among attendees.

Because of the dog’s superior olfactory capabilities, a dog may follow either the actual footsteps of its target (tracking) or cast a wider net by following the drift of scent particles away from the actual track (trailing or “hunting” in the U.K.). Dogs have been used to pursue humans at least since the Middle Ages.

Ideally, an officer orders his K-9 partner to bite and take down a subject only when necessary, while following the law and police department policy. Many K-9s are trained to “bark and hold”—to sit and bark when engaging a suspect. In this case, the dog will only bite when provoked or threatened. However, the most common apprehension method used in the U.S. is “bite and hold” where the dog is trained to bite and hold a suspect once located. The dog will remain on the bite until called off by handler.

The most popular breeds for standard police work are German Shepherds, Belgian Malinois, Dutch Shepherds, and occasionally mixes of these breeds. Less popular, but still used, are Rottweilers, Doberman Pinchers, and Bouvier de Flandres. Other breeds are used for detection work, if this is their sole purpose. Labrador Retrievers are used for narcotics and explosives detection, and evidence discovery, as well as for search and rescue. Bloodhounds are used for trailing, and many mixed breeds can be used for detection and scent work as well. Most purebred dogs are imported from Europe.

Depending on the agency they work for, teams may be required to train and recertify their skills every one to two years.

Currently, non-profit organizations like Animal Farm Foundation (AFF) provide expertly trained former rescue “pit bull” dogs at no cost to police and sheriff departments across the country. The dogs are trained for 4 to 6 weeks by SectorK9 and then go to work keeping their communities drug-free. AFF also matches dogs with inmates at Rikers Correctional Facility in their “Paws of Purpose” program to enrich the lives of both humans and dogs.

Police and similar working service dogs usually start their training between 12 and 15 months of age, and retire around 10 years of age, or earlier, depending on health status. Dogs are usually allowed to retire to their handler’s home, especially if they are near 10 years of age. Younger dogs that are injured usually retire to their handler’s home, although they may continue to do community service work in schools or as “goodwill ambassadors” if they are able to do so safely. Dogs that are healthy and well below retirement age may be transitioned to a new handler.

The association between dogs and humans spans thousands of years and many roles. Whether acting as companion or protector, our dogs rely on their noses to discover the world around them, and to tell us about it. 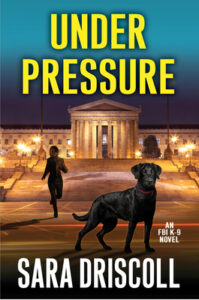 Sara Driscoll is the pen name of Jen J. Danna and Ann Vanderlaan, authors of the Abbott and Lowell Forensic Mysteries. Jen is an infectious disease researcher at a cutting edge Canadian university near Toronto, but loves to spend her free time writing the thrilling and mysterious. Ann lives in western North Carolina with five rescued pit bulls, including Kane, now a certified therapy dog. She also trains with Kane for competitive nose work. You can follow the latest news on the FBI K-9 Mysteries at saradriscollauthor.com. 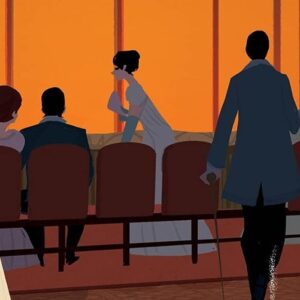 Another week, another batch of books for your TBR pile. Happy reading, folks. * Hannah Morrissey, Hello, Transcriber...
© LitHub
Back to top