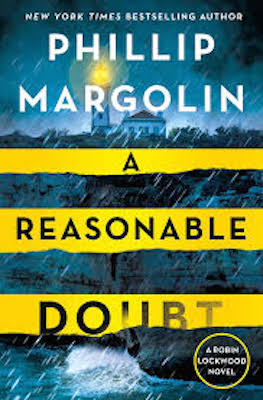 The following is an exclusive excerpt from A Reasonable Doubt, by Philip Margolin. Defense attorney Robin Lockwood is contacted by a magician hoping to patent a new illusion. But a look into his past reveals a link to three suspicious murders long ago, and when he disappears onstage during a magic trick, Robin knows she must find him. But she has no idea what lies in the cards, or that the deck is stacked against them both.

For her fifth birthday, Robin Lockwood received a magic kit with one hundred easy-to-learn tricks and proceeded to “astonish” her parents and brothers whenever she could trap them. After that, she was hooked, and she begged to see celebrated magicians whenever they appeared on television. Tonight, one of her clients was going to debut the Chamber of Death, his greatest illusion, in front of a packed house in the Imperial Theater.

Robin had a personal interest in seeing Robert Chesterfield perform this illusion. Several years ago, she had been present at Lord Chesterfield’s seaside mansion when the dress rehearsal of the trick had ended in a truly bizarre manner. She hoped that she would see the finished product tonight.

The lights dimmed and Robin focused on the stage, deter- mined to figure out how the seemingly impossible trick was done. Three women in hooded robes pushed a sarcophagus down the aisle and onto the stage, and Lord Chesterfield, dressed like an Egyptian high priest, was locked inside. Two of the magician’s assistants lifted handfuls of poisonous snakes and scorpions out of glass cages and fed them into the coffin. Robin knew what was going to happen next, but she still tensed when hideous screams issued from the coffin and Chesterfield begged to be released from his prison. Then the screams stopped and eerie music floated through the theater. One of Chesterfield’s assistants unlocked the padlocks that secured the lid of the sarcophagus and raised it.

Robin expected Chesterfield to have vanished from the coffin, only to miraculously appear in the back of the theater, but that didn’t happen. One of the magician’s assistants looked in the coffin. Then she screamed. Moments later, everyone in the theater knew that there was a dead man in the sarcophagus.

What Robin couldn’t figure out was how the man had been murdered in front of three thousand people without anyone knowing who had killed him. 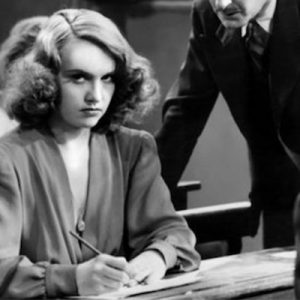 The Poison Pen Letter: The Early 20th Century's Strangest Crime Wave Across the transatlantic world in the early decades of the twentieth century a terrible wave of poison attacks took place,...
© LitHub
Back to top