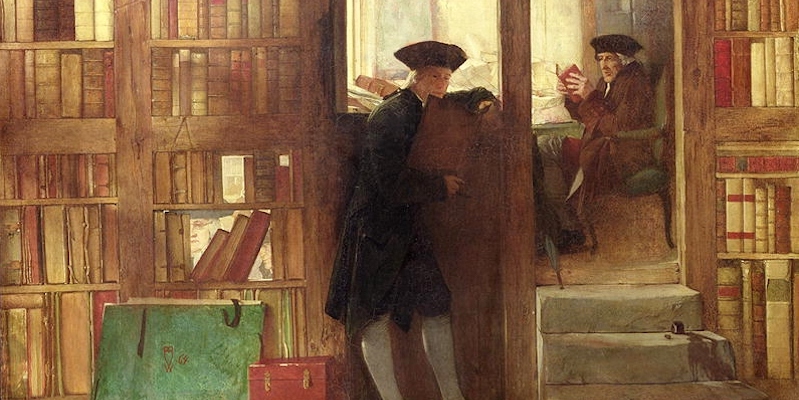 You could just look up the details you need to know, but historical fiction is much more fun when you let history take you by surprise.

‘Where do you get your facts?’

After ‘when will your stuff be on TV, film, hard wired to the cerebral-visual cortex …?’(I usually avoid answering as ten years in English TV taught me all there is to know about uncertainty), that question is the question I most get asked.

My initial reaction might be to say ‘study’ but that would be glib, especially if I felt I was talking to a reader, who, unlike most writers, does not pick up a Tri-Conderoga 2/HB (I am not being paid for this advert, but every writer has a favorite pencil) ten seconds after opening a book. (I think it was Alexander Portnoy who wondered why he still read clutching a pencil twenty years after college.)

Of course it’s the right answer but it begs a second shot with, ‘what to study?’

I am rapacious in collecting possible source material, history, biography, diaries, documentaries…I am physically incapable of passing a used book store, so much so that about twenty years ago I had to convert a cow shed into a ‘dumprary’ to house it all. I read and read and read, rather slowly, and I always read footnotes, those gherkins on the dinner plate of history that suffer such neglect. And I have learnt that one footnote leads to another. You begin annotating Book A and end up scribbling in the margins of Book F…all linked by footnotes. I wonder how long it would have taken me to discover the work of Charlotte Delbo or Etty Hillesum, but for the footnote chain of connection.

Years ago the English poet Elizabeth Cook told me her ambition was to be a footnote. Understandable. You’ve sort of made it when other writers quote you, and  I was delighted to be included in the Oxford Dictionary of Allusion for a line about Marcel Proust and an autopsy—‘Stuff yer Booker, I’m in a fekkin dictionary!’

I also never pass up a chance to talk, mostly listen, to old people, a practice a friend has dubbled ‘the alte kakker principle’. There are inherent risks. Memory is a deeply unreliable organ, and what one hears needs to checked. If the trick of memory is more interesting than the fact, I may well go with that instead—the Liberty Valance principle.

On the downside : a woman reminiscing about being 20 in the mid-Fifties, ‘So wonderful to have the Beatles and all the beat groups.’

On the upside : sitting next to an old man in a bagel place on First Avenue, in New York City, on a day the Federal Government was shut down and he was not going to get his Veterans’ pension. He was grousing and I was intrigued. He was obviously not a native English speaker, and I guessed rightly at Polish. So which war?

“In a hole under a cowshed in Poland. Catholic farmers hid us, that is me and my Dad, for two years like that. Nazis never found us.”

I’d read about this, most recently in Art Spiegelman’s ‘Maus’, but not in a million years did I expect meet a survivor in a queue for a bagel. That alte kakker is filed in my mental rolodex forever.

Diligence might be the historical novelist’s saving grace, but there’s something to be said for the ‘Sheer Luck’ principle.

Chance has something to do with getting it right, more so if it means getting right something you did not know about in the first place. Two examples loom large, both involving British Prime Ministers.

I needed a ‘Churchill’ who could not readily be found in biographies or history books, a snippet about the man that might make him a little different from every jaw-grinding, false-teeth-whistling caricature ever to abuse the screen. I mentioned this … hmm, circa 1985 … to the novelist Patricia Angadi, who, as a police officer during WWII, had already been a valuable source of tidbits about the copper’s daily life. But I’d never asked her about political figures.

“Oh, you should talk to Jack.”

“My brother. He was a naval aide attached to No.10 during the Blitz.”

From Jack I learnt of Churchill’s defying his own security to stand on the rooftops of Whitehall and watch the bombs come down. Delight would not be the word, but he was nonetheless enthralled by the monstrous magic of such destruction. I’ve depicted Churchill twice, and may well do so again.

The Dead Do Not Sue

I also needed a different ‘Wilson’, one I had long suspected existed behind the messy media façade that was Harold Wilson—a man born  middle-aged—whom, I had already been warned, was a ‘tad litigious so tread carefully.’

One day in 1995 I sat at a table in a restaurant in St Martin’s Lane—three of us waiting on a fourth, trying not to look at watches.

At last Gordon arrived—Gordon Brown, Prime Minister-in-waiting, but in those days in Opposition and merely ‘the man most likely’. Before anyone could say anything he said, ‘Got stuck in a party meeting. Harold Wilson died today.’

There is a golden rule in publishing, one of many: ‘The Dead Do Not Sue’. It is priceless.

“Er…Tell me all about him.”

And I learnt of a Wilson untouched by the media airbrush, possibly the first Prime Minister ever to feel the need of it, and pretty much the man portrayed in the recent season of The Crown, in which he explained to the Queen that they are both more or less actors playing the parts demanded of them. He flourished, and on occasion smoked, a pipe or was photographed clutching a pint of ale. In reality he preferred cigars and brandy, neither of which fitted the working class image being grafted onto an Oxford economist. And, most notably, he had a hideous plastic macintosh that became almost as famous as Churchill’s siren suit and looked to be made of leftover Scotch pancakes. I thought ‘if the image is that fake, the mac and the pipe merely props, then the Labour PR machine could have made a better job it.’ I have fictionalized the brush-free Wilson several times.

Much of my work is set in Berlin. Of necessity. For so long it was Europe’s tectonic fault line. But…it’s a soft target for a researcher. Many an American, many a British soldier has written about the occupation of Berlin. Moscow is not so accessible a subject, but proved so fascinating to visitors that there is no lack of texts to consult. Washington, where my work-in-progress is set, is a tough one. A city without a Cheka (secret police), a city with no one asking to see your papers on every street corner, a city in which, by and large, you knew your hotel room was not bugged does not, apparently, inspire memoirs. Strangely, or perhaps predictably, it is a city that overlooks itself…because it’s dominated by a single industry. Ignoring politics to write about social life in DC may well be like trying to write about Detroit and not mention cars. Needs to be done all the same—so I’m sitting here in wind-blasted rural Italy in a village of 450 souls (gives you a real feel for Washington), plucking up the nerve to email a diplomatic widow I met in Arlington in the fall and staring at Washington Cavalcade by Charles Hurd (E.P. Dutton, 1948)…willing myself to blow the dust off it. 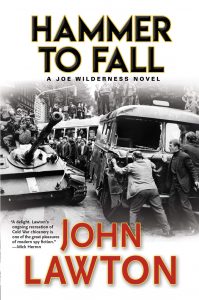 John Lawton is a producer/director in television who has spent much of his time interpreting the USA to the English, and occasionally vice versa. He is the author of 1963, a social and political history of the Kennedy-Macmillan years, six thrillers in the Troy series and a stand-alone novel, Sweet Sunday. His latest book, Hammer to Fall, is now available from Grove Atlantic. 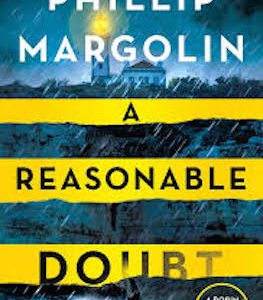 For her fifth birthday, Robin Lockwood received a magic kit with one hundred easy-to-learn tricks and proceeded to “astonish”...
© LitHub
Back to top