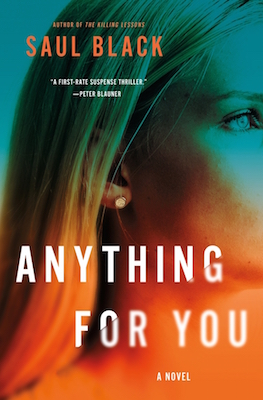 The following is an exclusive excerpt from Anything For You, Saul Black. When a vigilant neighbor sees an intruder fleeing a home and alerts the police, detective Valerie Hart arrives on the scene to find the body of prosecutor Adam Grant, and his wife, who is barely alive, next to him. Valerie must put aside her old bonds to Adam to solve the crime—but figuring out why someone wanted him dead is a lot easier than it appears to be. And as she digs deeper into Adam’s past, she finds she must confront her own.

When the intruder triggered the motion-sensitive security lights in his son and daughter-in-law’s backyard just after 2:00 a.m., seventy-four-year-old insomniac Vincent Lyle was doing what he was always doing at that unforgiving hour; namely, sitting in the conservatory trying and failing to read Jonathan Franzen’s novel The Corrections. It wasn’t this author in particular who defeated him. It was the entire project of Reading Books Allegedly Worth Reading.

For a moment, Vincent and the intruder looked at each other.

For a moment, Vincent and the intruder looked at each other. Vincent was in his favored spot: the pink velour wingbacked chair next to the pot- ted asparagus fern that poured down from its stand to the parquet with a delicate joie de vivre. The intruder, in black gear and ski mask with white-rimmed eyeholes, was picking himself up from the turf, where, apparently, he had tripped over the lawn roller in the dark. The white-rimmed eyeholes made Vincent think—in spite of the adrenaline—of a raccoon.

Vincent had been a Reader all his life, as a child, a student, a teacher, a professor, a dean of faculty. Reading had, in fact, been no less his life than his real life. Ulysses, he used to say with only slight exaggeration, had affected him easily as much as had falling in love for the first time. (Which he had done at eighteen, with Millie Doyle, a gymnastic Irish girl with corkscrewy blond hair and an appetite for books even more voracious than his own. She had broken his heart. They had both known she would, sooner or later.) Other loves and other books had followed, of course. For Vincent they were the twin sources that deepened the human mysteries and his own vital immersion in them. Eventually he had met Elsa Wheaton, a Classics professor who joined Stanford two years after him. They had both, in their late thirties, sufficient luck, imagination, and character to fall in love in the way that lasted, with a rare mix of sexual passion and the subtlety of appetite that kept it alive despite monogamy and the domestic grind. By forty-five they were both tenured, had two children (Helen and Lucas) enough money in the bank, a pleasant (book-filled, naturally) house on Peter Coutts Circle, and the grace to acknowledge at least from time to time that they were in the tiny minority of human beings who had actually ended up with the life they’d always wanted.

Then, ten years ago, Elsa had been hit by a drunk driver on Divisadero and killed. She was sixty-two. Vincent had stopped reading books after that. After that the quiet understanding the reading life had yielded seemed nothing but a vicious joke. The reading life hoodwinked you into thinking it was seasoning you, schooling you gently in the paradoxes and pratfalls of the human lot. The reading life, you thought, helped you cope with being alive. But it turned out there were things that couldn’t be coped with. For eight years after Elsa’s death Vincent couldn’t go near an allegedly worthwhile book. He tried. It made him physically sick. The little truths were still there, the humble epiphanies, the metaphors and similes that opened like time- lapse flowers—but they disgusted him. They disgusted him because they weren’t enough. Without Elsa, without love, nothing was enough. Continuing teaching—Literature—was, obviously, impossible, so he quit. Instead he watched inane television, read the newspaper in blank indifference, spent hours staring out of the window, seeing nothing. Eventually, his son, Lucas, had persuaded him to move in with him, his wife, Jen, and their twin daughters at their large home in Pacific Heights. They gave Vincent a room on the ground floor and surrounded him with what they knew he needed: active life. Gradually, Lucas had worn away his father’s refusal to even try to read. Vincent had agreed to reacquaint himself with Serious Contemporary Fiction. But it still felt to him like a dog returning to its vomit. Pointlessly.

Article continues after advertisement
The intruder appeared to be frozen by the sudden glare of the security lights. He stood with one knee bent, arms slightly out.

The Corrections slid from Vincent’s grasp and dropped to the floor. The intruder appeared to be frozen by the sudden glare of the security lights. He stood with one knee bent, arms slightly out.

Then he turned, ran to the back of the yard, trampled through the raised flowerbed, and disappeared behind the colossal and softly crashing bamboo. Vincent lurched to his feet and stumbled through the conservatory back into the house. He took the stairs two at a time. His thighs labored. His face felt blood-packed. He was aware of the loudness of his own breathing. “Lucas!” he hissed, pushing open his son and daughter-in-law’s bedroom door. “Jesus Christ, Lucas!” The security lights were still on outside, and by their illumination Vincent found his way across the room to his son’s side. He shook him. Lucas woke with a start.

Lucas leaped out of bed and fumbled for his pants. Jen woke up. “What the fuck?” she said.

It took Lucas a moment to establish his daughters were safe and sleeping soundly. Jen, in her underwear and T-shirt, was right behind him. Twenty-first-century reflex had armed her with her cell phone, grabbed from the nightstand.

“Stay in here with them,” Lucas whispered. “Lock the door and call the cops.”

The men waited at the top of the stairs until they heard Jen on the line.

Then they went down, quickly.

The dark house was an awakened intelligence now, alert and powerless. The smell of the evening’s lasagna hadn’t quite faded. Lucas plucked a golf club from his bag in the back hall.

“How many of them were there?”

“Just one guy. I only saw one guy. Don’t try anything. Wait for the cops.” “I’m just going to look. Stay here.”

Vincent ignored the instruction and followed his son through the kitchen to the conservatory. Together they peered out through the glass.

The backyard was, not surprisingly, empty.

A Hard World for Little Things: 10 Dark Stories of Kids in Peril 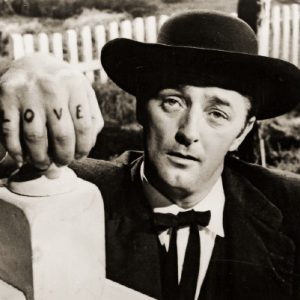 A Hard World for Little Things: 10 Dark Stories of Kids in Peril It’s one of the oldest stories in the book: somewhere, a child is in peril. From the foundational fables and fairy tales...
© LitHub
Back to top