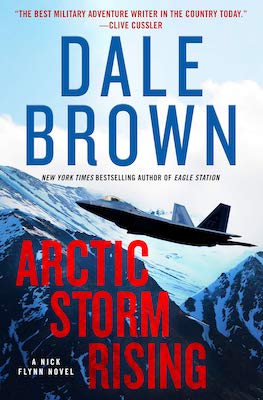 The following is an exclusive excerpt from Arctic Storm Rising, by Dale Brown. In the wake of a disastrous, secret CIA mission U.S. Air Force intelligence officer Nicholas Flynn finds himself Alaska's Arctic frontier, where he must guard a radar post. But when Russian plans begin to wander into American airspace, and one of these planes collides with an American F-22, Nick and his crew wind up on a dangerous mission to track down the crashed aircrafts, in the middle of a blizzard.

Set in a quiet side street in the heart of Moscow’s Meshchanksy District, the Bekhterev Private Clinic occupied a five-story glass-and-concrete office building. Its namesake, Vladimir Bekhterev, born in 1857, was renowned chiefly as one of Russia’s most famous neurologists, a rival of Ivan Pavlov, and also for his probable murder on the orders of Josef Stalin. Asked to examine the dictator in 1927, Bekhterev had privately warned colleagues that Stalin was a paranoiac. He died suddenly and mysteriously the next day. After the fall of the Soviet Union, Russia’s new rulers reinstated him in the pantheon of national medical heroes. The Bekhterev Clinic had been sponsored by profit-seeking investors as part of that rehabilitation process. And now its cadre of highly trained doctors and neurosurgeons provided discreet and expensive medical services to Russia’s government and business elites.

One of those specialists, Dr. Viktor Obolensky, had his office on the clinic’s fourth floor. Delicate watercolors on its dark-paneled walls, the doctor’s elegant oak desk, comfortable leather chairs, and richly colored oriental rugs created an aura of luxury that was a far cry from the dingy, rundown atmosphere of state-run medical offices and hospitals. His usual patients, men and women of influence and wealth, valued the difference.

Right now, Colonel Alexei Petrov didn’t give a damn about his surroundings. His whole attention was focused on the MRI images Obolensky had just shown to him to explain his diagnosis. Slowly, he looked up from the blue-tinted pictures to focus on the neurologist.

“There is no possibility of a mistake?”

Petrov took the blow in silence. The name Kuznetsov, the Russian equivalent of Smith, was the pseudonym he used for his visits to the clinic. He was also paying cash for these tests and consultations, since the last thing he wanted was a paper trail his Air Force superiors might be able to follow. Now, more than ever, he was glad that he’d taken precautions. “And the prognosis?” he asked at last, not sure if he really wanted an answer.

“Not good,” the doctor admitted bluntly. “A combination of radiation treatment and chemotherapy might slow the progression. At least to a degree. But the location and size of this malignancy make surgery . . . inadvisable.” The corners of his mouth turned down. “I wish I could give you better news. Unfortunately, this is not a case where there is even the slightest margin of doubt.”

Petrov took a short, sharp breath. “I see.” For a brief moment, darkness seemed to veil his vision. He cleared his throat uncomfortably. “And the likely time-frame?” he asked, noticing with a trace of cynicism that he’d chosen a deliberately distanced, almost clinically sterile way to phrase his question. No doubt that was common for people in his position.

Again, Obolensky shrugged. “My best estimate would be anywhere from six months to a year. Perhaps eighteen months at the outside.” He nodded at the sheaf of MRI images still clutched in his patient’s hands. “The precise progression of tumors of this kind varies widely from individual to individual. Regular scans would let us track its growth more closely, of course.”

And fatten your pocketbook, too, Petrov thought bitterly.

The neurologist looked somber. “If you have any serious responsibilities in your work, it would probably be best to let your associates and your employer know the situation as soon as possible.”

“In case I drop dead suddenly?” Petrov felt his mouth twist into a thin, wry smile.

Obolensky shook his head. “That is unlikely. But the frequency and severity of your headaches is likely to increase over the coming months. I can prescribe medication to alleviate some of the pain, but these medicines naturally have significant side effects. As time goes on, it may become more and more difficult for you to concentrate. Or to handle complex, difficult problems.”

“If you prefer, I can brief the necessary people for you,” the neurologist said hesitantly. “These kinds of conversations are often painful. Sometimes a relatively disinterested, scientific approach is best.”

Petrov smiled thinly again. “That would require me to waive my right to doctor-patient confidentiality, would it not?”

“Yes, it would,” Obolensky admitted. He steepled his hands. “I fully understood your desire for privacy early on, Mr. Kuznetsov.” His tone left little doubt that he knew the name was phony. “But you can see that the situation has changed. Sooner or later, those for whom you work will realize you aren’t well.”

And the doctor was concerned that they would blame him for helping hide the bad news, Petrov realized. For all Obolensky knew right now, his patient was a high-level financial director or senior government executive—someone whose illness-induced mistakes could cost billions of rubles or cause a terrible political scandal. None of the promises of patient confidentiality made by the Bekhterev Private Clinic would protect it in such a case. All of which gave Obolensky every reason to start digging to find out Petrov’s real identity if he refused to cooperate.

Understandable or not, Petrov thought coldly, that was something he simply could not risk.

“I take your point,” he said at last. “Look, it’s already Friday. What if I put together a list of names and numbers over this weekend? I should be able to get it to you by Monday morning.”

Relieved, Obolensky sat back. “Thank you. I appreciate your confidence. And you can rely on my discretion.”

Petrov smiled more genuinely this time. “Oh, of that, I have absolutely no doubt, Doctor.”

From Arctic Storm Rising by Dale Brown. Used with the permission of the publisher, William Morrow. Copyright © 2020 by Dale Brown. 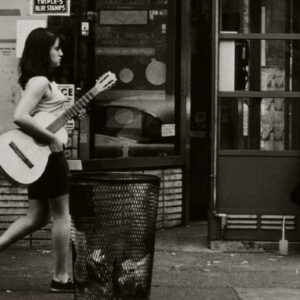 The New York Underworld in Twelve Great Books New York writers are used to toiling in the shadows of the greats who came before us. But when I began writing The Bouncer...
© LitHub
Back to top