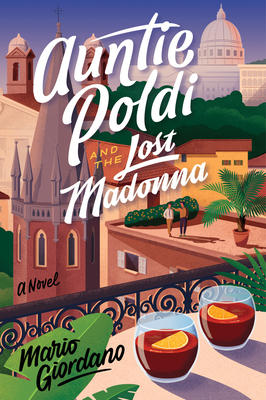 The following is an exclusive excerpt from Auntie Poldi and the Lost Madonna, by Mario Giordano and translated by John Brownjohn. Sicily's formidable, hard-drinking, sixty-year-old Bavarian is back—investigating a case in which she is a suspect, concerning the death of a nun with her same name. Faced with accusations, death threats, a missing statue, and her nephew's badly-ended love affair, she knows she must clear her name, and if she wants it done right, she has to do it herself.

Chapter 4 tells of aperitifs, team play and whining, lotus leaves and utter fools, consistency and appreciation, Latin lovers and mommy’s boys. Poldi assembles a jigsaw puzzle and receives an answer she doesn’t like. Montana delivers an impassioned speech, Poldi’s nephew maps out a route to happiness, and Poldi herself needs a drink. After a disastrous evening she lays her cards on the table and Montana turns pale.

Visibly gratified by my tipsy astonishment, Poldi grinned at me.

My head was spinning. Lethal graffiti, Indian sitar players, laced ayurvedic smoothies, exorcisms, murder, my aunt in Rome, in the Vatican, in jail, a missing woman, a manhunt, heat, too much alcohol, and now—on top of everything else—Italo Russo.

While I had spent the last few weeks putting on rose-tinted spectacles and taking them off again every hour, infuriated by my mediocrity, my lousy French, and my jealousy, Poldi had once more been living life in the fast lane. I felt old by comparison.

Piante Russo, I should perhaps make clear, is a big nursery near Torre Archirafi devoted mainly to the raising of palm trees. Thanks to infestation by the red palm weevil, which is now worldwide, these are threatened with extinction in Sicily. However, Italo Russo also grows lemon, orange, and olive trees, bougainvillea, hibiscus, strelitzias, and many other Mediterranean plants for the beautification of hotels, parks, and landed estates. It’s a really big business. Drive along any of the roads between Acireale and Riposto and you’ll see Russo’s greenhouses and rows of palm and olive trees stretching away for miles.

Femminamorta, Valérie’s little estate, lies like an island in the midst of Russo’s property. Piante Russo is steadily swallowing up all the land in the vicinity, and Italo Russo, a feared and respected man, is by far the biggest local employer. Poldi is convinced he’s a capo mafioso, a Cosa Nostra boss, and has been trying for almost a year to prove this, whereas Russo has been trying to win my aunt over. This dance on the lip of a volcano has yielded no definite results. Poldi accused Russo in public, smashed up his old Maserati, accepted his help, and kissed him—and all with only moderate success. Suspicion trickled off Russo like raindrops off a lotus leaf. Even Montana, for all his jealousy, did not believe in Poldi’s theory.

“You think it was pure chance?”

I shrugged my shoulders. “Think.”

Easier said than done. Thoughts were rampaging through my sozzled brain like football fans after a lost game. I leafed helplessly through my notes.

“Heavens alive,” cried Poldi, rolling her eyes, “how slow on the uptake you are! I’d grasped at once that those stupid twins weren’t policemen. For one thing, Morello had no need to put two cops on the plane to watch me—they could simply have waited for me in Rome. And their hands! They weren’t policemen’s hands, they were callused and covered with the little cuts typical of an agricultural laborer’s. And the way one of them kept nodding and clicking his tongue to indicate ‘No.’ That’s as typically Sicilian as cannoli alla ricotta and fatalism. No, those were two of Russo’s young toughs.”

Poldi eyed me with interest. “Well, I never, a spark of intelligence. Why a red herring?”

Have I mentioned that I hate it when she questions me like that? I don’t have the exam mentality.

Trying not to slur my words, I said, “A delivery van in Rome with a load of Russo’s stuff but not his logo on the vehicle. Doesn’t make sense somehow.”

Poldi nodded. “But there’s one factor you must never forget,” she said.

“That most crooks are total idiots.”

And my Auntie Poldi knew a thing or two about crooks and total idiots.

Instead of chasing after the delivery van, she took a photo of the license plate. Detectives used to make a mental note of such things, but that’s an outdated and un-tweetable procedure. It occurred to Poldi that Marco had advised her to take some short live videos of herself investigating so that she could post them on the various social media channels he had set up for her. She might be pushing sixty-one, but she always kept her finger on the pulse of the age. On the spur of the moment, she switched her mobile phone to selfie mode, stretched out her arm, straightened her wig a little, and was debating what to tell her fans in breathless tones when the screen revealed that a familiar figure was racing toward her from behind. Well, “racing” would have been an exaggeration. Hastily Poldi pocketed her mobile again.

“What the devil, Poldi?” Montana gasped. “Where did you get the Vespa?”

“Cool it, Vito, I photographed the license plate.”

Montana indicated the trattoria’s waiters, who were still fulminating about their overturned flower tubs. “Was anyone hurt?”

“No, miraculously enough. It was very foolish of you simply to go running off like that.”

“What if he’d shot you? Well, if that performance of yours was meant to impress me, tesoro”—Poldi looked at him reprovingly—“it did. Brrrr! You were hot. But foolish. But hot.”

Montana started to say something, but he was probably still too out of breath. Instead he merely shook his head and called Morello.

“I bet you didn’t tell him what you’d seen,” I broke in at this point.

“Of course I did,” Poldi retorted indignantly. “I’m a team player, you know that.” She sighed. “I told him a bit later on, that’s all, because my relations with Russo are a personal matter and I didn’t want Vito looking at me the way you were just now. And besides” — she sighed again — “things took on a certain momentum after that.”

Once Poldi had returned the young couple’s Vespa unscathed plus fifty euros “rental fee” and Montana had shown them his warrant card, they generously forbore to bring charges.

While Montana was phoning, first to Morello and then to his colleague DeSantis of the Rome State Police, Poldi flopped down on her original chair and ordered two double brandies.

“There’s a call out for them,” Montana reported when he’d finished phoning. “I don’t get it. If they weren’t Morello’s men, who put them onto us?”

Poldi spread her arms. He gave her a searching stare. “Why don’t I like that innocent air, Poldi? Did you know those guys?”

“Did you spot anything when that one jumped into the back of the van?”

Poldi shook her head. “No, but this incident proves that Sister Rita didn’t die of her own free will.”

“Why were they watching you?”

“Maybe they were just paparazzi.”

“Who mistook us for Harry and Meghan? Come on, Poldi, you can do better than that.”

Montana didn’t speak. The brandies came. They knocked them back, and Poldi ordered another round. Montana lit a cigarette, still unspeaking. He downed the second brandy, reached into one of the bowls the waiter had plunked down on the table, and shoveled a handful of peanuts into his mouth.

“And they call this an aperitivo!” he growled abruptly. “What a rip-off! Three measly bowls of cheap nibbles. Order a sundowner in Milan and you’ll get a whole buffet of antipasti to choose from in every bar. They positively outdo each other, the bars do there. Call this an aperitivo? Even at Cipriani in Acireale they cover the whole table with little goodies when you order a Prosecco. Why can’t they do that here? Have we been so screwed up by tourism, globalization, the internet, Brussels, and FIFA? What have we come to? Have we no self-respect?”

Eyeing her lover with concern, Poldi was reminded that Italians—even detective inspectors brimming with virility— have no head for drink compared to Teutonic aunts. One glass is often enough to do the trick, as I so perfectly exemplify. Where Montana was concerned, he had already undergone a certain softening-up process due to protracted sightseeing, afternoon “it,” his recent manhunt, dehydration, and frustration.

Montana had raised his voice; now he rose from his chair and shouted, loudly enough for all to hear, “The aperitivo is an Italian cultural asset, a vertebra in the spine of our italianità! If we abandon that, if this country can no longer produce a decent aperitivo, we’re up the creek! Vaffanculo! Italy’s up the creek!”

A momentary silence. Then came thunderous applause, hoots of laughter, and isolated cries of “Bravo” and “Viva l’Italia” from the surrounding tables.

Montana resumed his seat and lit another cigarette. Poldi stroked his cheek. “I love you,” she said.

He drew a deep breath. “All I want is a bit of a vacation. Can we manage that?”

“We can,” said Poldi, but she wasn’t thinking of the vacation alone.

It has to be said that they did really make an effort, during the days they had left, to be simply a couple of mature tourists and turtledoves. But leopards can’t change their spots, nor could two such hard-boiled investigators as my Auntie Poldi and Vito Montana. It didn’t escape Poldi that her Vito kept checking his mobile phone and made discreet calls from time to time. He became more monosyllabic again, and the frown lines between his eyebrows deepened once more. Poldi refrained from asking any questions.

On the penultimate day of their week in Rome, Montana disappeared for two hours, allegedly to have lunch with some former colleagues. Poldi merely wished him buon appetito, because he was obviously following some lead but didn’t want to talk about it. She briefly considered tailing him, but decided to seize the opportunity to meet up with an old friend of her own. 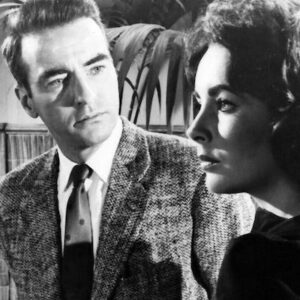 High Tensions, Wrenching Emotions, and Hot Tempers on The Set of Suddenly, Last Summer The entire cast of Suddenly, last Summer was tense and overwrought even before cameras started rolling on the film’s final,...
© LitHub
Back to top