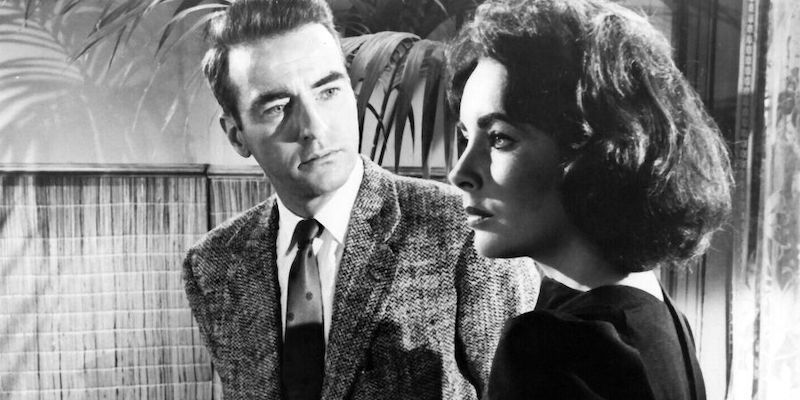 On the climactic scene that almost broke Elizabeth Taylor.

The entire cast of Suddenly, last Summer was tense and overwrought even before cameras started rolling on the film’s final, pivotal, excruciating scene. The accounts of friction between the film’s four biggest power players—Elizabeth Taylor, Montgomery Clift, Katherine Hepburn, and director Joseph L. Mankewicz—were so rampant in Hollywood that, rather than deny them, they cooked up a scheme to make fun of the gossip and therefore make it seem ridiculous.

They had the four main players of the production pose for a photo in which they mocked the rumors. In the foreground of the picture, Katharine Hepburn, with a fiendish grin, looks as if she is about to smack Elizabeth, who stands there with her hands up in mock terror; while in the background, Mankiewicz and Monty are at each other’s throats. How could such good-humored artists be at odds with each other? the photograph seemed to ask.

The use of visual flashbacks was the biggest change in the adaptation of Tennessee Williams’ play into the film—these vignettes would depict the killing of the character of Sebastian, which accompanies Catherine’s final monologue, performed by Elizabeth Taylor.

Concluding that the majority of people don’t enjoy “talky” movies and wouldn’t want to see a twelve-page monologue recited on the screen, screenwriters Gore Vidal and Mankiewicz decided on the “show, don’t tell” theory for the film, incorporating explanatory dreamlike flashbacks, which were filmed in Spain. Mankiewicz incorporated these scenes in a way that would reveal what happened to Sebastian, as witnessed by Catherine.

Sebastian is not a sympathetic character. He uses people to get what he wants; he is a sexual predator and probably a pedophile. Williams felt that no actor could properly portray Sebastian and that not showing him would only add to his mystery and make his presence more strongly felt. Mankiewicz agreed, and so Spanish actor Julián Ugarte was hired to play Sebastian, but he was always shot with his back to the camera, so the audience sees him only from a distance and always from behind in hazy flashbacks.

In contrast, Elizabeth would be featured heavily in the backstory scenes, and the flashbacks resulted in one of the great iconic images of her career—kneeling on the beach in a white one-piece bathing suit. The scene was to be used in one of the sequences that would solve the mystery of what exactly happened last summer.

Sebastian forces Catherine to wear the bathing suit in order to catch the eye of the poor young boys who live on the beach. He drags the reluctant Catherine into the water while the boys gawk at her sexual desirability. She describes the bathing suit as “a scandal to the jaybirds,” because the white material became transparent when wet. “I came out looking naked,” she cries. Which accomplishes cousin Sebastian’s goal of attracting the beach boys to her, so he can meet and get to know them for himself.

The bathing suit worn by Elizabeth Taylor “should not be transparent,” the Production Code had warned in its appraisal of the script. “Furthermore, the children (the young boys on the beach) could not be naked.” Ultimately, the suit was a tight white one-piece with a plunging neckline and a “keyhole” cutout beneath the breasts. The scene was filmed in Begur, a resort town in Spain, on the coastline of the Costa Brava. Elizabeth looked voluptuous and ravishing, but the locals—used to tall, lean ladies in bikinis scoffed at Elizabeth’s curves. “Elizabeth’s face is her fortune,” someone remarked. “Her body belongs to someone else.”

The last two days of shooting were to be devoted to Elizabeth’s twelve-page monologue, in front of the entire cast. She and the other family members gather on the Venable family’s garden patio, and she narrates at last exactly what she had witnessed in Cabeza de Lobo the previous summer—how the young boys that Sebastian had used and discarded all summer had taken their revenge by chasing him down and devouring his body. This monologue would share the screen with the impressionistic flashback images already shot. As in their first movie together, Monty helped Elizabeth with this long speech, rehearsing with her for several days before the actual shooting of it. It’s filled with hesitations, pauses, and stutters.

To begin with, the doctor has given Catherine a sedative to relax her and bring down the walls that she has built to block off the memory of what she had witnessed. The drug (which she calls a “truth serum”) opens the floodgate, and she describes how her cousin Sebastian was attacked and killed by the young boys he had seduced that summer.

In the screenplay, Tennessee Williams and Gore Vidal have Catherine often repeat the film’s title:

“Suddenly, last summer Cousin Sebastian changed to the afternoons and the beach.”

At the start of the second day of shooting, Elizabeth was in a near state of hysteria. This was the climax of the movie, where Catherine would scream in unison with the memory of her cousin Sebastian and would describe how he was overtaken and cannibalized by the boys. Mankiewicz called this portion of the monologue “an aria from a tragic opera of madness and death.”

There would be no flashback images with this part of the speech. The camera would focus on her as she walks past the entire cast (who are listening in horror and fascination) and then falls to her knees, sobbing. Mankiewicz had Elizabeth do the scene five times from different angles, but by a midday break he still hadn’t gotten exactly what he wanted from her. Doing it over and over left her exhausted and emotionally drained. “It tore Elizabeth’s guts out,” was how the director described it.

A few minutes into the break, his assistant director approached him and said, “Joe, look at this.” Mankiewicz followed the assistant to a secluded spot behind some scenery. Elizabeth was lying flat out on the floor. “I thought at first she had fallen and hurt herself. Then I heard her sobbing.”

Since it was nearly five o’clock, Mankiewicz decided to call it quits and extend production another day. “Okay, everyone,” he shouted. “Fresh star in the morning.”

Suddenly Elizabeth appeared. “Fresh start, my ass,” she bellowed. The emotions were with her in the here and now, and she intended on using them.

She marched back onto the set, and they once more began the scene where Catherine, screaming and sobbing in a fevered crescendo, calls up the memory that she had buried deep in her subconscious. “He… he was lying naked on the broken stones. And this you won’t believe! Nobody, nobody, nobody could believe it…” she sobbed. And then she screeched the reveal. “It looked as if… as if they had devoured him!”

Never a method actress, now Elizabeth used her grief over her husband Mike Todd’s gruesome death to demonstrate Catherine in extremis. It is interesting to note that as she called up tragedies from her own past experiences to add shading to her characterization, Monty was also on the set, acting with her. At the end of the scene, she had to remember, “There wasn’t a sound anymore. There was nothing but Sebastian . . . Sebastian lying on those stones, torn and crushed.” Just as she had cradled the crushed and torn head of her best friend—Montgomery Clift, her current castmate—on a dusty, silent road three years before, after the terrible accident that would change both their lives.

When the director called “cut” for the last time in the early evening, Elizabeth lay crumpled on the set. She could not stop crying—the crew was cheering, while simultaneously wiping tears from their eyes. Mankiewicz was already predicting she would win an Oscar, which was something Elizabeth had recently stated was one of her goals. She was still weeping as Eddie Fisher led her off the set, with her head buried in his shoulder—and she continued crying through the night at the hotel. She had been holding a lot in for a long time. 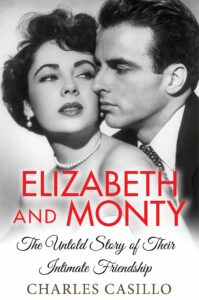 Adapted from ELIZABETH AND MONTY: The Untold Story of Their Intimate Friendship, by Charles Casillo. Reprinted with permission from Kensington Books. Copyright 2021.

Charles Casillo is the author of The Marilyn Diaries, The Fame Game, Boys, Lost & Found, and Outlaw: The Lives and Careers of John Rechy. His work has appeared in The New York Times, The Los Angeles Times, New York Magazine, The Los Angeles Review of Books, and many others. His movies include Let Me Die Quietly and Fetish. His latest book is Elizabeth and Monty: The Untold Story of Their Intimate Friendship. 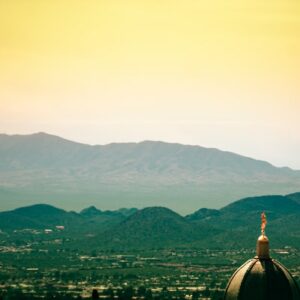 When The Bishop’s Wife, the story of Mormon bishop’s wife Linda Wallheim investigating a woman’s disappearance in her own ward,...
© LitHub
Back to top