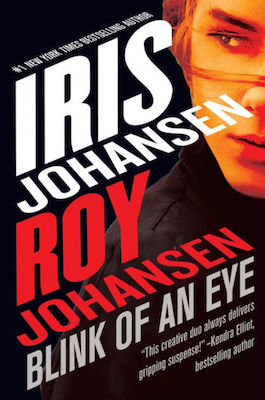 The following is an exclusive excerpt from Blink of an Eye, by Iris Johansen and Roy Johansen. Dr. Kendra Michaels is back, and ready to figure out who kidnapped pop star Delilah Winter while she was performing at the Hollywood Bowl

Son of a bitch!

Lynch leaned back in his chair after he slipped his phone back in his jacket pocket. He should have known better than  to trust Chodan. He’d been fighting for years in these mountains to lure his brother back to his village and away from Beijing’s influence. Now that he could see how close Lynch was to negotiating a settlement where he’d failed, he wasn’t about to let him leave. Chodan might not have lied, but he wouldn’t have balked at turning away and presenting a more pleasant view of Kendra’s situation if it was more comfortable for him.

Which left Lynch not knowing what the hell was happening with Kendra, but realizing it wasn’t good. He’d been lucky  that she’d told him even this little she had. It would be useless to probe to get more out of her when he was obviously not one of her favorite people at the moment. Better to go around her and get the full picture. Griffin? Metcalf? She’d mentioned FBI, but she would have referred to them directly if she was receiving help from either of them. What else did he know? The only other clue she’d given him was that she was not in San Diego but in L.A. where Jessie lived.

Think about it, but right now he had to wind up these negotiations here in the mountains before they blew up in his face. The chances were he wouldn’t be able to get out of Tibet alive if he didn’t finish what he’d started. So go top speed and still do what he had to do here while working to find out what was happening to Kendra in L.A. Strike the balance as he’d done so many times before.

But none of it was going to get done by  him sitting here. He got to his feet. Move! He threw open the front door and strode out into the driving snow.

Jessie handed Kendra her coffee when she jumped into the passenger seat fifteen minutes later. “One time-sensitive cup of coffee for the road,” she said as she backed out of her drive- way. “But since you declined my offer of a meal, have  you got a better suggestion where we can pick up a sandwich or doughnut to go with it?”

“Maybe.” Kendra took a sip of her coffee. “How about the 7-Eleven on National Boulevard?”

“Adrian’s girlfriend said he’d bought another phone, one that presumably couldn’t be traced.”

Kendra nodded. “Everything else about his departure was in a last-minute panic. I’d say it’s likely he bought his phone between the Bowl and her place. Between four thirty and five thirty in the morning, options are limited.”

“Not so limited. This is L.A., remember? There are hundreds of convenience stores and gas stations open at that hour.”

“But we know he went to 7-Eleven, probably  one  very close to his house.”

“There was a 7-Eleven coffee cup in  the  kitchen  trash  can, translucent enough that I could see it was still about two-thirds full. He probably bought it nearby and brought it inside with him. I didn’t see any cell phone packaging in the trash, though.”

“Maybe he hadn’t opened it yet.”

“Possible. Or maybe he opened and activated it before he left the store.”

Jessie nodded. “Are you proposing a dumpster dive?”

“If the packaging gives us the phone’s serial number, we can track his location with the carrier.”

“Oh, it’s definitely worth trying. I’m just saying, I hope the parking lot trash can hasn’t been dumped yet today.”

“I told you it was time-sensitive. I tried to call 7-Eleven to find out, but they kept putting me on hold. If I’d had my wits about me,  I would have  been able to put this together before  I left the house this morning,” she added in disgust.

“Maybe we’ll get lucky. Did I ever tell you  about the time  I found a human hand in a dumpster?”

“Yeah. Funny thing was, it wasn’t even connected to the case I was working. We never got an ID on that thing. I did find the ammo cartridge I was looking for, though. It helped break the case.”

“Did I see that on the wall of your living room?” “Yes. Probably looks better than the hand would’ve.”

“I’m sure it smells better.”

Jessie pulled onto National Boulevard and two minutes later turned into the 7-Eleven parking lot. They parked in front of  a brown cylindrical trash receptacle at the far end of the store’s front sidewalk. Kendra saw with relief that the huge can was still practically overflowing with trash. “Pickup must be every other day.”

“Yep.”  Jessie reached into her center console and pulled  out latex evidence gloves. She threw a pair to Kendra. “You’ll want to use these. Watch out for diapers and needles.”

Kendra made a face as she pulled on the gloves. “Great. Let’s get this over with.”

They pulled out the trash can and dumped it on the pavement. Receipt time stamps told them it hadn’t been emptied since at least early the previous day. As Jessie warned, there were indeed used diapers and hypodermic needles amid numerous coffee cups, snack wrappers, and discarded lottery tickets. But soon Kendra spotted the distinctive pink-and-white packaging of the prepaid mobile phones carried by the store.

She picked up the torn cardboard packaging and held it up to show Jessie. Affixed to the carton with sticky blue Slurpee juice was a store receipt.

“And he also bought a large coffee.” Kendra smiled. “It has to be him.”

Jessie pulled out her phone and snapped a shot of the carton’s underside. She inspected the photo on her screen. “Perfect. We have a serial number and the bar code.”

“Shall we call Kelland?”

“We could. But then we’d have to wait for a warrant, then wait for the carrier to send along tower data.”

“Got a better idea?”

“It’ll be faster.” Jessie was already tapping a text into her phone. “He’ll give me a full readout first thing in the morning. Maybe even earlier.”

A shadow fell over the pile of garbage in front of them, and Kendra and Jessie looked up to see a pimply-faced counter clerk dressed in his polo-style 7-Eleven shirt. He was staring at the mess they’d made on the sidewalk.

The Killer Outside Me: Living Life In Close Proximity To A Bizarre Series of Accidents, Murders, and Tragedies


Blink of an EyeGrand Central PressIris Johansen and Roy Johansen 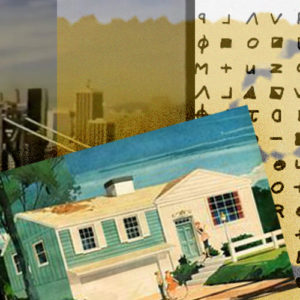 The Killer Outside Me: Living Life In Close Proximity To A Bizarre Series of Accidents, Murders, and Tragedies How’d you get like this? * One night, I’m talking to my three older siblings—Linda, Karen, and Lee—about our proximity...
© LitHub
Back to top