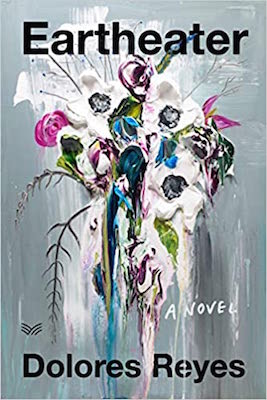 The following is an exclusive excerpt from Eartheater, by Dolores Reyes and translated by Julia Sanches, about a young woman who is compelled to eat the earth, which then causes her to have startling visions of murdered and missing people.

I bet she waited for Walter to leave. Alone, lips sealed. Not moving the slightest. A woman looking for her son can turn invisible, like a cat stalking a pigeon.

I got it, she was looking for somebody.

I’d started noticing a special trait in people who were looking for someone, a mark near the eyes, the mouth, a mixture of pain, anger, strength, and expectation made flesh. A thing broken, possessed by the person who wasn’t coming back.

I opened the door and let the woman in. She sat opposite me. She set a can down on the table and stared. Didn’t even blink. What was it? Money? Chocolate? Fancy folk can do that, I thought, stuff a bunch of chocolate and cash in a can and set it right in front of you. So you’ll say yes, even if you don’t want to.

She started talking. For her husband, she said, it was always nothing: sometimes kids fall behind, sometimes kids disappear. It had been like that in the past, when Ian was two years old and still couldn’t walk, and it was like that now, when he was sixteen and hadn’t come home.

I didn’t want to listen, not for all the chocolate in the world. But she went on: that his absence was killing her, that her body hurt more now than when she’d given birth to him.

Scared she’d never shut up, I cut in.

I didn’t want to, but the woman opened the can and left it there, and the memory of earth turned to water in my mouth. Dark earth shone inside and some part of me responded without words.

I didn’t want to, but my body did. I touched the dirt like it meant everything. I pulled it toward me without lifting it from the table.

She didn’t much like that. She took her time, mulled it over, then got up and turned her chair to face the other way. She didn’t try to steal a look.

I grabbed some earth from the can and bit by bit stuffed it in my mouth.

The house grew dark, like it’d been covered in a black sheet. I had the urge to switch on the light. To keep the night, which the earth had unfurled around us, from swallowing us up. Everything was so dark, so like a deep well untouched by the sun, no good could come of it. When I was about to stop, to quit out of fear and open my eyes, the darkness retreated, as if somebody had lit some candles, one by one. My eyes got used to seeing again.

Though I couldn’t make out much, I heard everything clearly. Her voice. The woman’s. She said, screamed: Ian. And after yelling his name over and over, there, in the brightest spot, in the heart of the light, a little boy around eight years old emerged.

He wasn’t a clever pup but a strange, lost-looking boy. The light that shone from his body was weak, sickly, sad. The woman kept saying “Ian, Ian” without waiting for an answer.

She gripped him hard by the hand and started tugging at him. I tried to make out the boy but couldn’t. A man appeared beside the woman and spoke to her:

“Yeah. Can’t leave the kid alone, not even to pee.”

“Behind the birthday party. On his own.”

“Who took him there?”

“I did, thought he could wait five minutes.”

Like a secret, a secret the man didn’t want to know, they fell quiet. They were looking at him. Then the man asked:

“ ’Cause I can’t right take him to the bathroom with me, can I? He’s eleven.”

“Means nothing, though. His age means nothing,” the man said and they both went quiet again, as though the sad light that radiated from Ian were weakening their bodies, too.

The man got mad again and recovered some of his strength.

“Stop making excuses. Don’t you care about him?”

The boy stood between them. Then he began to shuffle to the side. Like he wasn’t even listening. He looked up, ahead of him. I tried to make out what he saw but found nothing.

They spoke as if the little boy wasn’t there. I tried to get a better look, but he slipped away from me. The voices grew quieter and quieter. I got tired of trying to listen to what they said, of trying to see what the earth chose not to show me.

I opened my eyes.

The house was darker than the night that swaddled the lost boy.

“It’s no use,” I told the woman. “I can barely see him. Only you, doña. Arguing with a man who keeps asking why you left Ian alone.”

The woman grew even sadder. All of a sudden, she bounced back and said:

“I can see the two of you, doña. But the kid keeps slipping away.”

The woman dropped her head and cried in silence. She opened her purse. To look for something to dry her eyes with, I thought, except she pulled out a wad of money and a stack of photographs instead. She placed the pictures on the notes—there were so many of them—and pushed them toward me. It was the little snot. I thumbed through the first few photos. In them, he was older and wore the same lost expression.

Can You Write Your Deepest Fears Into Existence? 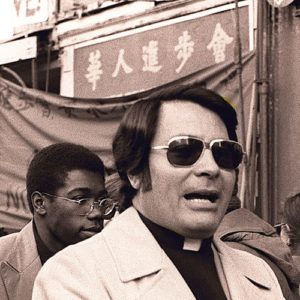 Why Writing About Cults—and People Who Join Them—Is Never Easy You have this memory of a man on your grandparent’s TV. You’re too young to know who he is or what story the image onscreen...
© LitHub
Back to top