40 years after Jonestown, an author reflects on the empathy gap between those who joined, and those who think they never would.

You have this memory of a man on your grandparent’s TV. You’re too young to know who he is or what story the image onscreen is trying to convey, but it sears itself into your mind all the same: he smiles as the world burns behind him, dark sunglasses hide his eyes.

Cults tend to reach public consciousness near or at their point of ruin and when an introduction to something is its end, if it arrives with a body count, it becomes too impossible for people to put themselves inside of. Witness to the aftermath, the unsubtlety of it all becomes so offensive: people who give themselves over to the Obviously Bad Thing.

They should have always known better.

You want your next novel to be about a cult.

You discover many fictional cult narratives circumvent a certain type of judgment by reinforcing more sympathetic parameters: characters born into cults, circumstance beyond choice, a lack of agency they can’t quite be condemned for. Sometimes we follow these characters in their aftermaths as they reflect on environments so painstakingly separate from our reality, readers leave the story more assured of themselves than when they started.

And that’s one way to write it.

But what of those characters who choose the Obviously Bad Thing? The ones who should have known better? How to ask readers to see past what they believe is the inherent weakness, the mindlessness, required to make that choice? Just because something is difficult to understand doesn’t mean it’s impossible, and the challenge compels you.

The problem as you see it: an empathy gap. The solution? Fill it with words, watch it disappear.

You’re an author. This is what you do.

You research. NXIVM. The Manson Family. Branch Davidians. Heaven’s Gate. They all lack appeal, somehow. How can you convincingly model a fictional cult off of ones you can’t even imagine yourself a member of?

You research. You end up falling down a rabbit hole and land on the grainy home footage of a man. You suddenly feel your grandparents’ scratchy carpet against your legs, the picture so alive across the TV’s old screen, where he smiles at the camera and you can’t see his eyes.

42 years ago, on November 18th, 1978, a thousand people died by suicide in the South American jungle, united in the sublime vision of their revolutionary leader. They lined up dutifully, one by one, and drank poison in his name.

Something about Jim Jones convinces you he could be a revelation. You only want to know about him. The raven-haired reverend born in rural Indiana, a boy who ran with wild dogs, held sermons for neighborhood kids and could never quite escape his own strangeness yet still managed to grow into someone greater and more terrible than anyone could believe—or were all too willing to. They called him ‘Father.’

A thousand followers at his feet.

It excites you. This is what everyone gauges their potential susceptibility to cults against, isn’t it? The charisma of their leaders? You have to give them someone they can’t deny.

If Jim Jones is the answer, you’ll distill it into a novel.

It will be a revelation.

You research. You immerse yourself in biography, in writing, in sermons, interviews, lectures, footage and tapes, and if you close your eyes, you can almost see it, the greatness, HIM . . . before the image fades into a bloated, soured corpse, rotting under the hot Guyana sun, his death preceded by absurdities too numerous to count; a man convinced he was the reincarnation of Jesus and Lenin, who gave sermons about his life-saving sexual prowess.

A thousand followers at his feet?

You are the problem as you see it.

But you push it from your mind and you write your book anyway and the first draft is a 400 page disaster your editor hands back to you, marked up, and every question she asks you is him?

You research. You immerse yourself in biography, in writing, in sermons, interviews, lectures, footage and tapes, and if you close your eyes you can almost see it, the greatness, HIM, before he fades into the faces of—

A thousand followers at his feet—

You’ve learned so many of their names.

42 years ago, Congressman Leo Ryan flew to Guyana to look into claims American citizens were being held in the jungle against their will. They were members of The Peoples Temple Agricultural Project, better known as ‘Jonestown.’ Jonestown was supposed to be the Promised Land; a place where people of all races and backgrounds could live together in equality, where no one would go without. But now there was talk of the drug-addicted reverend sinking deeper into paranoia, of subjecting his followers to hard labor, sleep deprivation, corporal punishment and suicide drills. He kept their passports from them, locked away.

They didn’t willingly line up.

There was nowhere else to go.

Their stories emerge from the shadow of Jim Jones, asserting life beyond the obscene coverage of the deaths and what they have to say is a revelation; no one version of events the same, but all of them true.

In Peoples Temple, anyone could belong and anyone was welcome to live in God’s love, light and acceptance. Members worked together to realize Matthew 25:35-40, offering food, shelter, and care for all those in need. They protested injustice, fought for civil rights, lived and breathed a greater good. Jones met each member the way they needed to be met, and as he gradually claimed his place as a God beyond their grasp, slowly perverting their purpose, many of his children reached for each other.

Sometimes you see yourself in the wry skepticism of one survivor’s account, in the raw belief of another’s, and in the ones caught in between. Sometimes you don’t see yourself at all, and that’s when you realize the sheer depth and the impossible scope of what they were up against.

It could happen to me because I am not you.

You’re confronted by the insidiousness of the duality, the contradictions and complexities of a community that hurts you less than the world outside it, and keeps you warm inside the pain it causes you.

And who wouldn’t bear it?

In 2003, 25 years After, Laura Johnston-Kohl, Jonestown survivor, sits for an interview with NPR. Host Melissa Block plays the testimonies of the long dead promising to lay down their lives in the name of Jim Jones.

She asks Laura to explain it.

I just loved being in Guyana . . . I really loved it, Laura cries.

I have to tell you, Block replies, it’s hard to reconcile those two things: your love for this place and this time, with the knowledge of what happened which was both suicide and murder.

Laura has not adequately explained it.

Finally, she offers what feels an almost perfunctory statement about how important it is not to give yourself so wholly to someone else.

I wonder, Block says, if there may be people listening to this who would say the time for that knowledge would have been well before November 18th, 1978. That it was very clear where this was headed.

Ryan’s visit brought Jonestown to its knees. Several Temple members secured a flight home with him and, unable bear the thought of losing even one of his flock, Jones ordered a handful of his followers to attack the airstrip, resulting in the death of the congressman, three journalists and a defector.

Jones then declared it time for his people to go.

Some took a bullet. Most were forced to drink ‘the potion’—a mixture of cyanide and Flavor-Aid—as they’d rehearsed so many times before. Tricked, murdered by a madman, yet when you ask people what they know about Jonestown, they describe the fools, empty-eyed and open-mouthed, a thousand lives reduced to whatever amount of time it takes to tell a Kool-Aid joke.

But they thought they’d make heaven on earth.

Few want to see their frailties reflected in the pages of a book unless the author has turned them into something special enough to claim. That isn’t something you’ve ever known how to do. But you write it anyway, the most human story you can about a cult, anticipating the vulnerability of its main characters charged as weakness, stupidity, when the warnings were so clear, though your research verifies it all. In some way, shape or form everything in your book has happened.

You promise your readers a revelation, something that will make them reconsider everything they think know about who they are, but the secret about that is this: they have to be willing to receive it.

To be brave enough to see past the end of the story and place themselves at its start.

Most people refuse to believe they’d join a cult.

You think, often, of the remaining survivors of Peoples Temple and how they hope to be remembered as more than how it ended. Not as cultists, but fully realized individuals, with hopes and dreams of their own.

You think, often, of them sitting with media year after year, every anniversary, re-traumatizing themselves, bartering for the humanity they and their dead have been so long denied by our fear of a choice we all exist on the edge of.

You think of that widening gap, what it says of the rest of us, and how little we know.

And there, in the distance, a man smiles as the world burns behind him, our reflection in the sunglasses hiding his eyes. 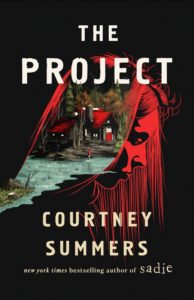 Courtney Summers is the author of young adult novels including Fall for Anything, Some Girls Are, and Cracked Up to Be. She lives and writes in Canada, where she divides her time between a piano, a camera, and a word-processing program when she’s not planning for the impending zombie apocalypse. Her latest novel is Sadie, now out from Wednesday Books. 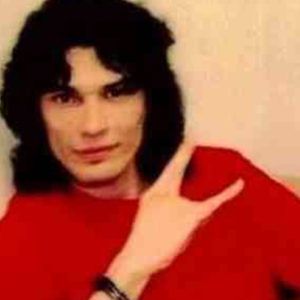 I once befriended a serial killer—but I was not your typical fan. Like the late, great, Ann Rule, who wrote about Ted Bundy,...
© LitHub
Back to top